End of the road for former Tech? 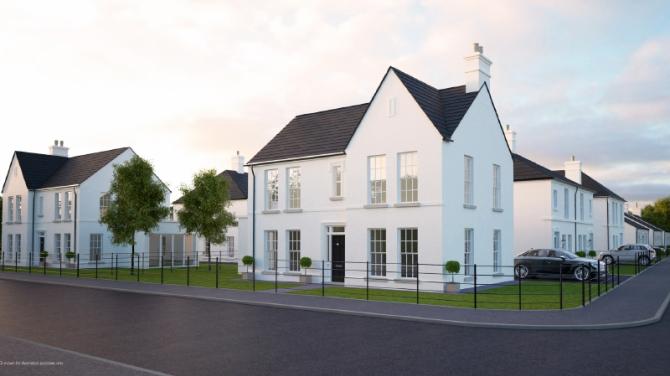 IT is now almost a decade since a once respected college descended into a playground for anti-social vandals, but it appears that the end may finally be in sight for the former Antrim Tech complex.

A 12-week consultation process is now underway that could see the derelict site transformed into a luxury housing development.

The developer has unveiled plans to invest £10 million building approximately 56 dwellings - a mix of two, three and four bedroom houses, apartments and bungalows scattered around a landscaped green.

Many locals will undoubtedly welcome the site being put to productive use again, after years of serious and sustained vandalism.

The educational dream came finally came to an end finally in the summer of 2011 despite a spirited campaign to keep it open.

The once gleaming new campus was left a skeletal ruin, ravaged by vandals, the bones picked over by enterprising thieves. The Northern Regional College had lost control of the property.

Then it was open season, with intruders systematically destroying anything to hand in the classrooms. More than 40 windows were smashed in a single evening.

The criminal gangs soon returned, gaining entrance to the buildings and stripping metal wiring. Shielding to the boiler house and its doors were also removed.

Since then there have been a string of serious fires and more break-ins. After one particularly destructive incursion, NRC reported widespread evidence of vandalism. And they found pots of petrol in the hallway.

It was clear that the Tech’s days were numbered.

* To take part in the consultation visit the Antrim Guardian website.