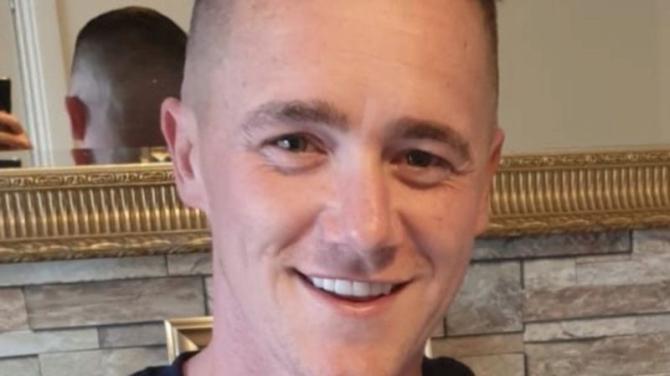 DETECTIVES have issued an urgent appeal for information after a Crumlin man was gunned down in a gangland-style murder in Belfast.

Warren Crossan left his home at Glenfield Close shortly before 11am on Saturday. Within hours he was dead, after he was ambushed, pursued and then murdered by two masked men at St Katherine’s Road in West Belfast.

The shooting took place at a busy thoroughfare in broad daylight.

“This was a callous and reckless killing. To bring firearms onto a residential street in broad daylight simply beggars belief.

“The gunmen did not give any thought to the risk posed to local people in this community when they ran through the streets firing shots, at least one of which struck a vehicle owned by a resident.

“It is too early to speculate on the motive for this callous murder and, over coming days, I will be working to piece together all the information and evidence.

“I know the community is in shock but I would appeal to anyone who has information about this appalling murder to bring that forward to the police so that we can remove these dangerous gunmen from the streets.”

* Full report on page three of this week’s edition.