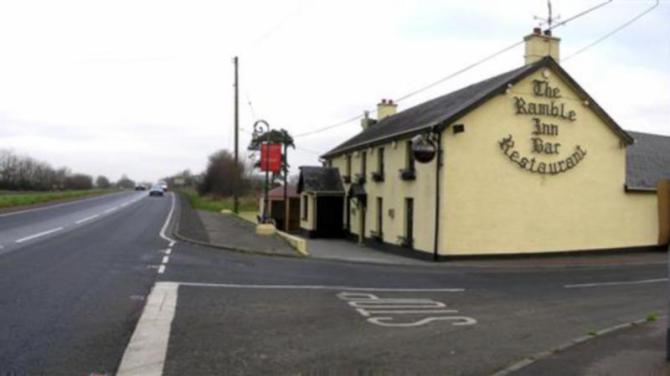 SOUTH Antrim MLA Steve Aiken has cast his mind back to the scorching summer of 1976 when the dark shadow of paramilitary terror fell over a family run business near his home.

This week marked the 46th anniversary of a grisly triple murder at Walker’s Bar on the outskirts of Templepatrick.

Ulster may have been baking in tropical temperatures but for the people crammed in for a cabaret show that night thoughts of 1976 do not evoke warm memories of deep tans and paddling pools. Instead they see coffins, yawning graves and empty chairs.

Mindless hate, not endless drought, have left an indelible mark,

Thankfully the device failed to explode, but as the screams of pain gave way to ters of relief it was clear that lives had been lost in the heaving mass of blood and bone.

The nakedly sectarian slayings sent shockwaves through the community - and soon the UVF were plotting where and when to exact their own chilling revenge. It was eventually decided that they would ‘fight fire with fire’ by mounting a copycat attack of their own - at the Ramble Inn on the outskirts of Antrim..

After the events o f the previous week people were justifiably nervous about venturing out to the pubs, but many were equally determined that the men of violence could not win. Normal life had to go on.

Business was brisk at the Ramble on Friday July 2 and though it was Catholic owned, the clientele was mixed.

The craic was reportedly good, if somewhat muted, but the laughter died when two masked men entered the bar shortly before closing time.

One was armed with a pistol and the other a sub-machinegun - and both began blasting indiscriminately at the cowering customers.

Four people died at the scene including Frank Scott (73), from Antrim; Oliver Woulahan, who was celebrating his 20th birthday; James McCallion (39), who threw himself on top of his wife to shield her; and local man Ernest Moore (43).

All but one of the victims were Protestant.

The car the killers had used had been hijacked near Tardree. A three-man UVF unit consisting of a driver and two gunmen bound and gagged the owners before disappearing into the night.

The vehicle was later dumped in Templepatrick, near the scene of the earlier outrage.

A police officer who attended the scene said it was among the most harrowing of his long career. The floor at the Ramble was not even, and as he crossed the bar he realised that he was standing ankle-deep in blood.

The Coroner said the loss of nine local lives in a week had united local people in sorrow - despite the best efforts of the paramilitary death squads to drive a wedge between them.

“This was horrific, cold-blooded, terrible slaughter,” he said at the Inquest.

The probe concluded that the RUC had conducted a thorough investigation and the detectives working on the case did their best to bring the killers to justice. To date no-one has been convicted.

The slow passage of time may have healed the open wounds, but for many the agony of loss has cut so deep that the scars may never fade. And nor would they want them too.

Others not directly involved still remember those dreadful days vividly.

Among them is former Labour MP for Vauxhall Kate Hoey.

She may have lived and worked in England, but she was born and raised in Mallusk - and this week she recalled the impact that the attack had on her.

“This atrocity was particularly poignant to me as I was at Lylehill Primary School with Ruby and her other siblings,” she said.

“[It took place] at a small country pub near the school. Lest we forget.”

“It’s a beautiful and quiet spot, desecrated like so many other places by the horror of IRA and other sectarian hatred.

But the local rep’s comments sparked a backlash on social media.

“Do you revere the British forces, despite the many horrors down the years?” wrote one.

“Personally I detest all terror regardless of the perpetrator, however this one-sided rhetoric from your ivory tower is pathetic.”