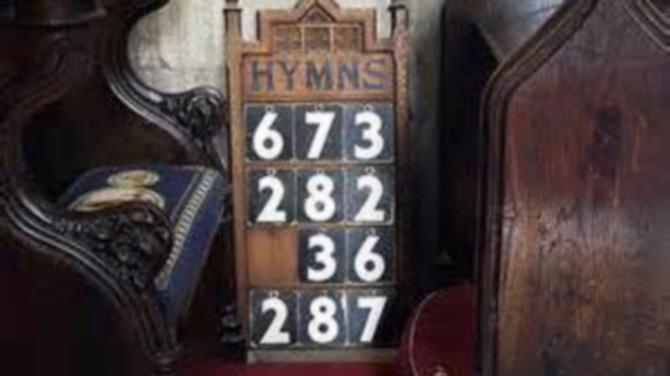 WHILE churches across Northern Ireland have been given the go-ahead to resume services this week, two local ministers have given a solemn warning that worship will not resemble services as they were before lockdown.

Reverend Derek Kerr, minister at Drummaul Parish Church in Randalstown, is concerned that parishioners will think that after June 29 normal service will finally be resumed.

“I really am concerned that parishioners think they are just going to walk back into church this week in the same way that they did on the Sunday before lockdown,” said Reverend Kerr, who recently celebrated the thirtieth anniversary of being ordained into the Church of Ireland.

“Where previously, people would simply walk into the church and sit in their preferred pew and seat, it will now be a matter of everyone lining up outside and being invited in one at a time. They will go straight to the front pew and will sit in marked seats at a social distance from the next parishioner who comes in.

“After the service is over, everyone will have to exit the church in the same manner – from the back to the front, and there will be no standing around after the service chatting or having coffee.

“Personally, I don’t like to think of church in this way. It is, after all, a place not only of worship, but of fellowship: a place where people like to gather to worship, certainly, but also to interact with others.

“I am particularly concerned that many of our more elderly parishioners in particular will find this new situation upsetting and uncomfortable.

“The fact that there may be no singing – a suggestion which has been mooted - will also be strange for all of us but, as everyone has been saying for some months now, life simply isn’t going to be the same for quite a while – if ever!

“These are new times and we will all need to adapt the way we live in some way. The way in which we worship is simply part of that adaptation.

“At some point we will be able to reintroduce singing etc, and may find a way to enjoy fellowship at a social distance, but we are a long way from that at the moment.

“As with all other churches, everyone is simply working out the logistics at the minute – seating, entering, leaving and so on.

“There is nothing I would like more than to be returning to the previous format of church services, but it simply isn’t going to be possible for some time.

“I particularly feel for our elderly parishioners and for those, who for various reasons had to shield or self isolate.

“I think everyone has felt the effects to some degree of the lack of social interaction. The enforced and lengthy period of lockdown – albeit totally necessary and life-saving – has meant that many of the community have been left alone in their homes.

“Three months, as we have discovered, is a long time to be alone and without the company of others.

“Many in our community would cherish the opportunity to return to the fellowship of their local church and while this will be effectively possible from 29 June, it will only be possible to a certain degree.

“Drummaul Parish will welcome all those, who wish to return to our church, but I would simply like to warn everyone that life will not be as easy as you think it will be for a while.

“Nevertheless, as we have been repeatedly told, ‘we all must do it to get through it’ and we will all pull together.”

Reverend Kerr’s words are echoed by Reverend Trevor McNeill of Duneane Presbyterian and First Presbyterian Randalstown, who attempted to keep things as ‘normal’ as possible for parishioners during the challenging three-month period.

“I felt that continuity – where possible – was the main thing,” Reverend McNeill told the Antrim Guardian.

“I began by giving every member of the congregation Bible notes and created a video every morning to back up the notes. Thanks to technology, I was able to deliver the notes to about 180 people, so I was delighted about that as, if we hadn’t had the technology, these parishioners would have felt even more isolated and alone.

“On Sundays I also produced services on WhatsApp although 30 people didn’t have access to WhatsApp and so we sent them or delivered a CD to them with the service.”

Trying to think ‘outside of the box’, and wanting to bring people together – albeit at a social distance - Reverend McNeill then turned to an innovative approach to delivering services.

“While the videos and notes enabled us to stay connected with our congregation, we wanted to find some way of bringing a more personalised service to our parishioners,” he continued.

“We then came up with the idea of an open-air, drive-in service as we knew that would enable us to both observe social distance and keep everyone safe while promoting fellowship.

“We purchased outdoor speakers and local businessman Nelson Alexander very kindly lent us a stage. This enabled us to hold services in the car park of Duneane Presbyterian on Sundays at 11.30am.

“This not only brought back a feeling of ‘normality’ to many, but promoted a sense of togetherness and community that many had missed.

“In fact, it has proved so successful that we’re planning to continue the outdoor services throughout the summer.”

As with Drummaul Parish, once the church services do return, Reverend McNeill knows only too well that they won’t resemble the old services – at least for the time being.

“Well, for a start, we already know that we are only allowed ten people in the building at one time and we don’t think that this number will rise above 25 or 30 for a long time.

“On top of that, as with Reverend Kerr’s church, we’ve been told that there will be no singing – just talking and prayers.

“We’re very aware that many of our parishioners who are elderly won’t be able to attend simply due to self isolating or shielding.

“That’s why we’re so delighted that, at the moment, we’re able to hold the drive-in church services. The fact that we’re outside means that the cars are parked at a distance.

“In addition to the fact that we’re working at a social distance, it also means that people are able to sing away to their heart’s content.

“I’m also delighted to say that people are attending from every conceivable church in the Randalstown, Toome and surrounding areas. The car park has been absolutely full every Sunday since we started this.

“Obviously we’re not the only church continuing to hold church services. I believe that the Gospel Hall in New Street and the Meeting House are also holding services on Sunday afternoons.

“The Presbyterian Church has produced a ‘way forward’ for us on what we need to do, which has been very helpful.

“We have to allow for social distancing so measures have to be put in place. We have, for example, to carry out a deep clean before and after services and provide sanitisers on the way in.

“Singing also seems to be an issue. As the Reverend Kerr has said, the German model showed that singing was banned and that seems to be the model that has been suggested for Northern Ireland.

“The checklist has to be adhered to and once all conditions are actioned they have to be signed off by both the Presbytery and myself.

“The fact that we’ve been holding outdoor services – and will continue to do so for the summer season – means that we have the time to get things organised.

“We are very fortunate that in this area – as in the rest of Northern Ireland – most people have adhered to the guidelines and we’ve managed to keep the number of deaths to a level below what was expected.

“Going forward, I would just want to say that we are doing whatever we can to get things back to this ‘new normal’ while ensuring that all of our parishioners remain safe.

“I would ask everyone to proceed with caution and within the law.

“If you are afraid to go out, don’t be afraid, just put up your hand and ask for help. We are there to help.”