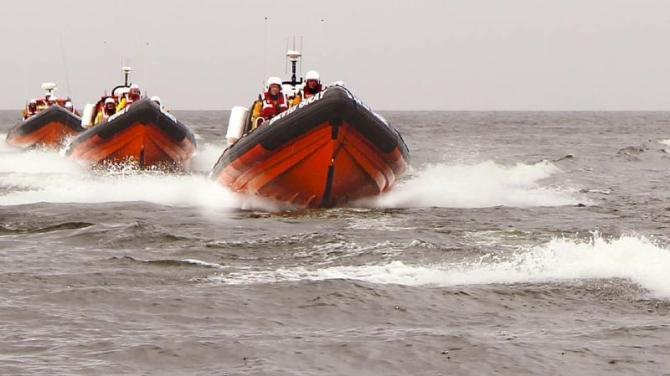 THE selfless heroes of Lough Neagh Rescue have been praised after once again rushing to the assistance of a dozen people who got into difficulties on the treacherous waterway.

The drama unfolded on Saturday evening with an urgent call to the Belfast Coastguard.

The ever-vigilant rescue volunteers were alerted at 8.20pm and within minutes they were on the water and racing towards the scene near Shane’s Castle.

“Lifeboats proceeded to the area and quickly located the casualties - nine adults and three children,” said a spokesperson.

By that time most had managed to clamber to shore, but all were taken onto the lifeboats and ferried to Antrim Marina - and the waiting shore team.

By 11pm the boats were returning to base. There was a tangible sense of relief. With so many people out on the water it could have been much worse.

Alliance Councillor Neil Kelly paid tribute to the people who put themselves in harm’s way to help others.

“I want to thank the dedicated volunteers for their skill, commitment and devotion to ensuring that when people get Into trouble on the Lough that a quick and effective response is forthcoming,” he said.

“Lough Neagh Rescue have proven time and again how important they are in providing as safe an environment as possible for everyone to enjoy the fantastic natural resource down at the Lough.”

“Well done to you all for your quick response once again,” said the Antrim Town rep.

Ulster Unionist Paul Michael said that their timely intervention may have been decisive.

On Sunday Lough Neagh Rescue were back at base, to join the clap for the NHS and essential workers.

But for people in distress on the Lough, there is no doubt that they are the true front line heroes.