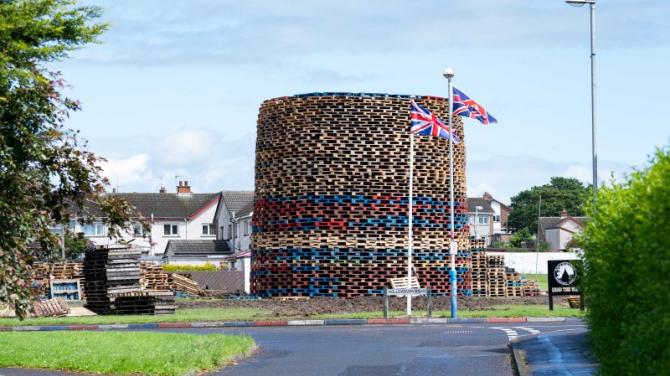 THE Twelfth and the ‘Last Saturday’ parades may have been cancelled at the height of the COVID-19 pandemic, but now as the virus appears to be receding local bands have been busy making their own preparations.

The Grand Lodge have made it clear that the main demonstrations will not be taking place this year, but if locals can not get to the bands, the bands will come to them.

With restrictions easing by the day, there has been a stampede to the Parades Commission to notify them of localised marches next week.

By Friday afternoon, the Steeple Defenders were first out of the blocks. They intend to march around the estate on July 12 with the parade ending at around 8.30pm.

And they will be out again the following day, when the main demonstrations were scheduled to take part since the Twelfth falls on a Sunday.

Starting at Donegore Drive at 10.30am they will be marching through the Steeple and Parkhall ending at Tobergill Gardens two hours later. The return leg begins at 6.30pm from there, ending at the Parkhall shops at 8pm.

The Steeple Veterans will on the march too, starting at the Parkhall shops at 11am and then criss-crossing the estate - including a 15 minute performance outside Massereene Manor care home.

Over in Ballycraigy, the Sons of Ulster Flute Band will be tuning up for a 12 noon start at Fernwood Park, ending at Limetree Close at 2pm.

In Randalstown, the Staffordstown Accordion Band will set off from the Staffordstown Road at 8.30am. Their route will take in New Street, Main Street and the Portglenone Road where the parade ends at 9am. They will return to base at 12 noon following a route through Neillsbrook.

That procession will coincide with a parade by the Randalstown Sons of Ulster. Their 90-minute performance starts from the Memorial Orange Hall at 12 noon and includes a half hour performance at Weirside Green before the march back to the hall.

So, yes, there will be some semblance to the Twelfth in many areas - but what about the bonfires?

It had seemed that those plans had gone up in smoke during lockdown, but with encouraging news on the COVID front some have decided to hold an 11th hour rethink.

Ballycraigy, which traditionally holds one of the province’s biggest pyres, has seen pallets building up since the end of June.

And while it will clearly not scale the epic heights of the towering infernos of recent years, the organiser are still promising to put on a show.

“Two weeks? No problem,” said a spokesman on social media.

It will be torched on July 11.

A fire will also be set ablaze in Stiles.