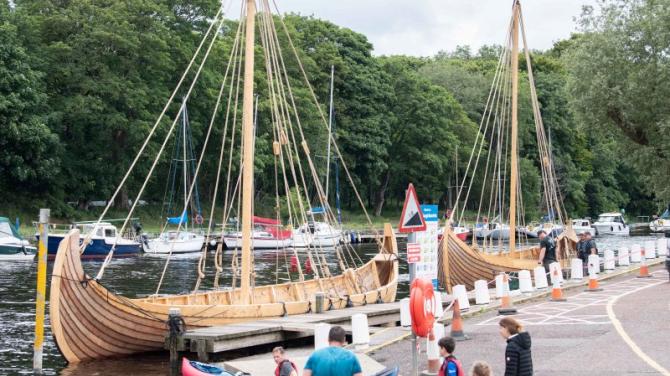 THE producers of global smash ‘Game of Thrones’ returned to Antrim this week to begin work on the eagerly anticipated prequels.

And never ones to do things by half, they signaled their arrival by dropping anchor on two intricately carved Viking-style longboats near the Gateway Centre!

The boats were used for some safety tests before full production begins later in the year.

The series has filmed at the Lough before - and it could have a tourist dividend for Antrim.

“We look forward to the stunning backdrop attracting more overseas visitors to our beautiful Borough in years to come,” said a council spokesman.

“In the meantime, if local people do want to come down and catch a glimpse of the goings on, our toilet facilities have reopened and they can grab a cup of coffee at the Slipway Café or enjoy a leisurely lunch with a magnificent view at the Boathouse Restaurant.”