A final farewell to tragic airman 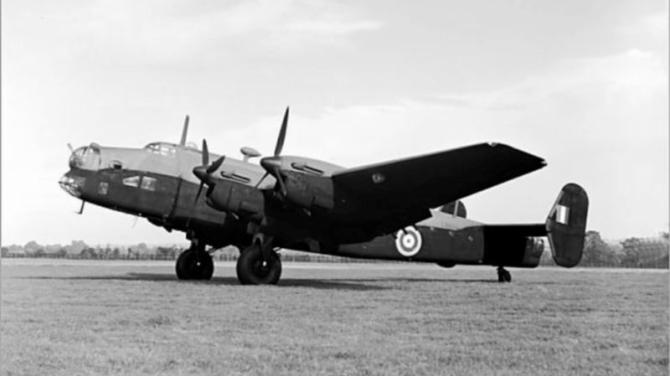 SEVENTY years after his tragic death on a lonely hillside, the Guardian looks back at his daughter’s emotional farewell to the man she thought she had lost forever.

Angela Dawson was just eight months old when her father Martin Gilmartin, still a young man himself at 29, died when the plane he was travelling in ploughed into a mountain in the summer of 1950.

Mr Gilmartin, who had been a rear gunner in the Second World War, had left RAF Aldergrove that fateful day to take part in a routine weather survey over the choppy waters of the Atlantic.

Butt when the plane and its crew of eight turned back towards land a blanket of thick fog had descended - with disastrous consequences.

For as they flew over Achill Island the experienced pilot did not spot the craggy peak of Croaghaun Mountain until it was too late.

The Halifax was destroyed on impact and there were no survivors.

The families struggled to come to terms with the enormity of their loss, and for year Angela believed her dad’s body lay undiscovered on that desolate hillside.

“My mum Martha, from Neath in Wales married dad on August 30 1947 while he was based at Moreton-in-Marsh RAF base in Stafford,” she said.

“In those days women didn’t go to funerals and she didn’t talk much about the tragedy when I was growing up. I assumed there was no grave to visit until in 2007 I started researching my dad’s roots with my older sister June.

“Then I discovered that in fact he had been laid to rest in the grounds of St Catherine’s Parish Church at Aldergrove where there are headstone to nearly 50 young flyers, most of whom were skilled in action or training out of the RAF base during the war.”

“I obviously have little knowledge of my dad, so I was anxious to find out all I could about him - and visiting the grave was an important link with the past.

“I have my father’s log book and I have learned from it that he served as a rear gunner during the war after serving in South Africa. I know too that he was trained as a meteorologist at Aldergrove after the war.

“I needed closure on my family history and the trip to Aldergrove was vital. The research in which I have been involved brought my dad so much closer to me.”

It has since emerged that a search party of Gardai, military, the Red Cross and villagers from Keel climbed the bleak mountainside on the night of the crash in search of survivors by the light of storm lanterns.

Eventually, as daylight broke the bodies were located one by one and brought down the mountain by soldiers.

The tragedy will have, for many locals, grim echoes of a similar incident yards from Antrim town centre at the height of the war - and once again it was a Halifax bomber that carried young airmen to their deaths.

The plane had taken off from Aldergrove for a routine practice flight in July 1944 - and everything went smoothly for the crew of nine until the bomber turned suddenly over the Castle Grounds. The plane suddenly lost height and the wings clipped the large trees at Clotworthy House.

The impact was devastating and the wings were shorn off the stricken craft and the fusilage was catapulted over the Sixmile, coming to rest at the current site of the Antrim Forum.

The massive explosion sent sheets of flame hundreds of feet into the air and it was heard by an 18-year-old fireman who lived nearby on the Menin Road.

“It was very late at night when I heard the massive roar of the explosion. I looked out the door and the whole of Antrim was lit up,” local man Thomas Adas told the Guardian in 1999.

“The black outs were still very much in force, so even lighting a cigarette outside in the hours of darkness was frowned upon. The fire was huge and while we didn’t know what it was, we knew we had to get it out - and fast.”

In the meantime, however, the all-consuming flames had found the plane’s consignment of flares, sending them blasting into the night sky.

“It was so bright, it was almost like daylight. The flares lit up half of Antrim which was very dangerous given the number of German bombing raids at the time.”

He added: “After the fire was under control the whole area became very dark and quiet. It was eerie.

“I was looking around when I saw this white face looking at me. When I saw one I knew there would probably be more.”

He was right. There were no survivors.