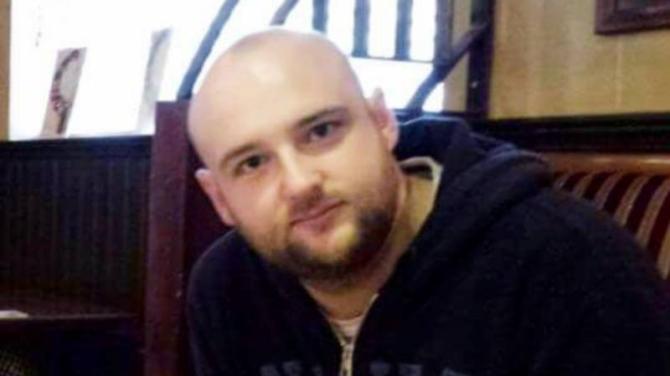 ONLY someone who has gone through the shattering death of a child can fully comprehend the depth of the loss.

Some may retreat from the world, tortured by memories and thoughts of what could have been - but others strive to keep the flame alive and harness that devastating experience to help others in their darkest hour.

And that is precisely what two brave local mums and their families aim to do this week.

Penny McCanny lost her son Aidan seven-years-ago on July 27. A life filled to the brim with promise was lost to heroin.

Aidan was born in Omagh, but the family moved to Randalstown when he was a small boy. It was the first of seven big journeys he would experience. It started when he went to school at St Comgall’s and then St Louis. His first holiday was in Portrush, he studied Chemistry at Queen's, his final trip was to Derry and he is buried in Antrim.

His travels were cut short by an accidental overdose just as he seemed to be on the brink of kicking his habit once and for all.

But his mum has said that his life should not be defined by the manner of his death.

“Someone who uses illegal drugs has a life, is someone’s child, went to school, works, has friends. They laugh, cry, shout and debate. They are loved. My child or your child - they're not strangers,” she said.

Penny heard the terrible news when she was on holiday in Spain. For her, it is a moment frozen in time.

“As we waited to go to the airport, I sat at the table trying not to think about Aidan. I felt a physical pain so terrible that I thought it would be impossible to continue to live.

“The death of your child untethers you from the world and the rest of your time is about finding an anchor. For me, I found it in speaking for Aidan, I had to tell people what he thought and why.

“I wanted people to know that I was proud of him, that it was his death and not the manner of his death that was the tragedy.”

To mark the forthcoming anniversary, Penny and her family are aiming to walk 10 miles a day for seven days. A Just Giving page has been set up to raise money for the Anyone's Child: Families for Safer Drug Control, Transform Drug Policy Foundation campaign.

“We need drug laws that protect our children,” she explained.

“Over half of the people who die in Northern Ireland from a drug related cause are young men, and those deaths have doubled in the last 10 years.

“Aidan did not want to be addicted to heroin. He was almost there when he had the lapse that killed him.

She is already well on the way towards reaching her £500 target.

“You have always been generous and could I ask again that you remember Aidan, say his name, remember all our children and to consider giving a donation.”

Leanne Hamill is fundraising too, in memory of her daughter Ava who died last September. She was just eight-years-old.

July 30 would have been her ninth birthday, and her mum decided to turn it into an event to help other families.

Writing in the Antrim Guardian this week, she explained that she wanted to raise money for local charity links2pink who had offered them vital support near the end.

“Her ninth birthday is approaching on the 30th July and I know myself, her daddy and siblings are dreading it.

“All the firsts without your child are heartbreaking and nothing feels the same.

“Ava’s past two birthdays were tinged with sadness due to her diagnosis a few days before and her being near the end of life on her last birthday.

“We have a small family circle and know her birthday would likely just pass so we wanted to do something positive and help others.

“It would just be lovely to give something back and help others who are facing illness or just need support.”

Leanne has set up a virgingiving page for her daughter, but has also urged people without access to the internet to consider supporting the event by leaving donations in Ivy Lane flower shop on Church Street, Third Day Coffee cafe or the Dublin Road shop.