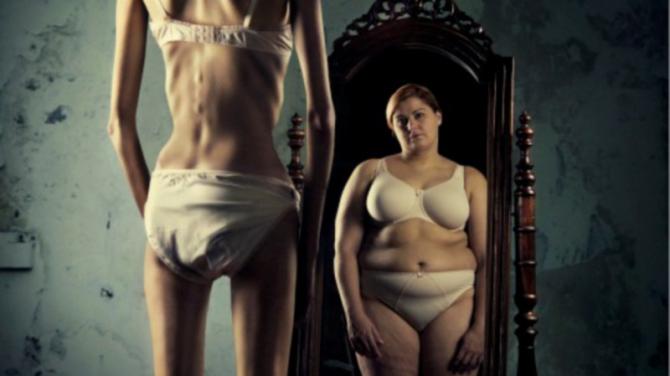 LOCKDOWN may be slowly lifting, but the impact of enforced isolation has undoubtedly left its mark upon many local people.

But while the focus was firmly on coronavirus, there has been a raft of other problems quietly festering behind closed doors.

Senior medics have warned that mental illnesses have found fertile soil during lockdown. The stress, the tedium, the relentless upsetting nature of the ‘new norm’ after COVID-19 has certainly taken its toll.

Research suggests that eating disorders have flourished too, and they remain one of most misunderstood, despite there being a startling one million new cases every year in the UK alone.

The understanding that disordered eating is symptomatic of depression, anxiety, or traumatic experience is not nearly as widespread as the preconceived notion that they are linked to mere vanity.

Anorexia and bulimia appear rather late in medical texts - even though they have both been noted to have been rooted deep within human history.

Anorexia nervosa - a condition characterised by a ‘nervous absence of appetite’, or a fear of gaining weight - was described by English physician Richard Morton as early as 1689, yet only became recognised as a medical condition in the late 19th century.

Bulimia nervosa (another condition, which translates to ‘ravenous hunger’ in Greek, categorised by binging and purging) has also been recognised behaviour in ancient history, yet diagnostic criteria for the illness only emerged in 1979.

Many don’t realise that what they have is a problem. In the early stages at least, to the outside world it is nothing more than a ‘diet’. Eating disorders are easily concealed, too - made all the easier when the sufferers are left in isolation.

And the effects can be devastating if left untreated for too long.

Beat, a charity dedicated to supporting those with eating disorders in the UK, have seen a rise of 73 per cent from individuals accessing their services.

The charity has been a valuable online asset, offering advice and support for sufferers as well as means of support for families and friends concerned for their loved ones.

Accounts from local people struggling with disordered eating have offered some insight into the difficulties of lockdown.

“Everything I relied on as a tool for surviving day-to-day was taken away overnight and the only thing I felt I had left was anorexia,” one young woman disclosed.

“Eating disorders thrive in secrecy so when you’re left alone with your own thoughts and no other distractions, they can take over, which is what I feel happened to me.

“Everything with coronavirus seems dirty, maybe even food too, so that becomes another reason to avoid it.”

It’s a shocking sentiment - a modern take on an age-old problem.

Back in 1986, the Antrim Guardian ran a special feature on eating disorders and spoke with sufferers and their families.

Their raw experiences then are just as powerful now

The names of the girls interviewed have been changed in order to preserve their anonymity.

Rachael was 16 and was about to do her ‘O’ levels when she became far too frail to complete them. She was only four stone.

The young girl had developed severe scurvy, and was covered in a purple rash. Having collapsed, Rachael was rushed to hospital for treatment.

What many had not realised was that Rachael’s life was being driven by an all-consuming obsession - a fear of becoming ‘fat’.

Her fear of food had resulted in restrictive dieting - only eating raw turnip and drinking cups of tea until even that became too anxiety inducing.

The most telling anecdote conveying the absolute control of this disease was displayed in Rachael’s habitual nail biting. For years, she would bite her nails - yet one day, she stopped completely.

Because she feared that there may be a grain of sugar under her nail, and that eating it she would become the dreaded ‘f’ word.

In an interview, she explained how she had looked up to Lena Zavoroni - a teenage superstar at the time who was smeared across front pages of the press and became an unwilling poster girl for anorexia.

“When I found out how much Lena Zavoroni weighed, I was really pleased to be thinner than her,” she said.

Lena Zavaroni died in 1999. She was just 35. She had lost her long battle against her own body.

Another local girl called Kathleen was just 14 when she began down a slippery slope when her dramatic weight loss got ‘out of control’.

She slowly began refusing food - initially dropping meals, but soon she was rejecting food and drink as a whole.

Kathleen's mother powerfully articulated the feeling of helplessness that many family members feel when their loved ones suffer.

“I could see what she was doing to herself, and I was powerless to do anything about it,” she said.

“I frantically searched for reasons why she was like this and I started to blame myself.

“There must have been something I was doing wrong.

“What I didn’t know at the time was that I was reacting like all mothers in the same situation.”

Kathleen herself confirmed that her mother bore no blame for her eating. I

“It was really stupid, because I was cutting out food to be thin and, as I thought, popular but what I was really doing was isolating myself from my friends and any kind of normal social life,” said the Antrim teenager.

It was reported that both Rachael and Kathleen recovered from their struggle with anorexia, yet it was far from easy. Both young women were able to shake off the shackles, yet the scars remained.

Through the help of Outreach Anorexia’s Antrim branch, a community was built encouraging self help and support for those affected.

Paul Caughey, then organiser of the group and psychologist, emphasised the complexities of mental illness - including how advertisements and television can play an adverse effect upon them, promoting the idea that ‘thin is beautiful’.

“In a house where there is an anorexic, the dinner table becomes a battle zone. Urging a sufferer to ‘eat up’ only adds to the guilt and makes the problems worse,” he explained.

“Most anorexics also suffer from depression and feel they have no control over their lives.

“Keeping their weight under their power makes them feel that there is something they can totally control.”

Eating disorders are incredibly isolating - and paired with lockdown, they can be devastating.

The prevalence of social media, more than ever, undeniably plays a detrimental role on societal mental health.

One quick swipe through your phone apps, and you will see ‘glow up’ trends where young people compare before pictures with after, encouraging their friends to undertake a complete image shake up in lockdown.

Even the fad of photo-shopping images has moved into real life, with celebrities bombarding the online public with images of their toned tummies painfully contorted in waist training corsets.

The pressure on society to look ‘perfect’ has knock on effects upon mental health - and when trapped in the house with these apps promoting unhealthy weight loss, its easy to see how these issues are potentially exacerbated to a dangerous degree.

Rachael's desire to emulate a teen celebrity and Kathleen's drive to become popular are two stories that echo to today.

In these days, when it can feel like the only person you have is yourself, please remember that you are enough.

There are support networks situated in the UK and NI ready to help.

Helplines are open 365 days a year from 12pm\ to 8pm during the week, and 4pm to 8pm on weekends and bank holidays.

StampED, an Antrim based organisation, meets on the first Monday of every month to offer support to those suffering with disordered eating. The group typically meets in the Asda Training Room, situated at The Junction, but have moved to Zoom calls due to COVID-19. Contact their Facebook page for more details.