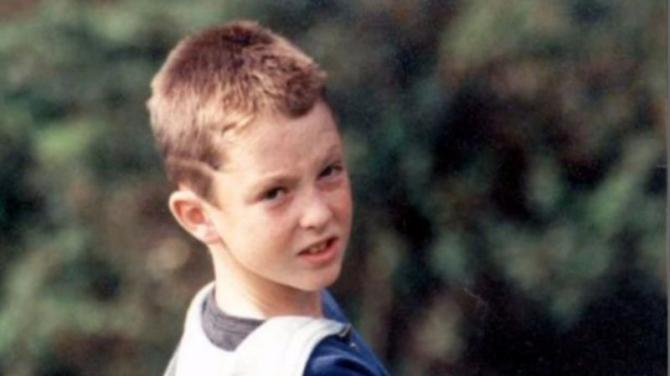 COLD-case detectives are poised to begin a top level review of the evidence that could finally cage a child killer who has evaded justice for a quarter of a century.

Antrim schoolboy Darren Fawns was just 13 when he disappeared after a family shopping trip 25-years-ago this week. His partially naked body was uncovered near the Lough shore five days later.

The youngster had been bludgeoned to death with a heavy object.

The murder sparked one of the biggest manhunts ever seen in Northern Ireland, but to date there has been no justice for Darren - and no peace for his heartbroken parents.

Speaking this week, Detective Chief Superintendent Bobby Singleton has stressed that the investigation is still ongoing. Indeed, it may soon step up a gear.

“The tragic murder of Darren Fawns currently sits within the caseload of Legacy Investigation Branch for future review in accordance with LIB’s Case Sequencing Model.

“Regrettably due to the nature and volume of LIB caseloads we are unable to give any undertaking as to precisely when this review will commence, however I can assure the community the case remains open.

“We remain committed to bringing to justice those responsible for Darren’s murder and we stand ready to explore any new information and where credible investigative lines of enquiry are identified, we will follow them.

“On the 25th Anniversary of the murder I would appeal to anyone in the community with any information about Darren’s death to please examine their conscience, come forward and tell us what they know.”

The notion that locals may still hold the key to unlocking the case has been echoed by Detective Chief Inspector Peter Montgomery.

“The circumstances surrounding the Darren’s murder in 1995 were devastating for his family and friends and had a profound impact on the wider community,” he said.

“A13-year-old boy had his life cruelly and brutally cut short. It is never too late to do the right thing.

“Despite the passage of time, I would appeal to anyone with information about Darren’s death to contact detectives.”

Officers in the Legacy Investigation Branch can be contacted on 101. Alternatively, information can be given to the Crimestoppers charity anonymously on 0800 555 111.”

* See pages 4 and 5 for full reports on the hunt for a child killer.