Antrim rep's memories of killing time 'behind the wire' 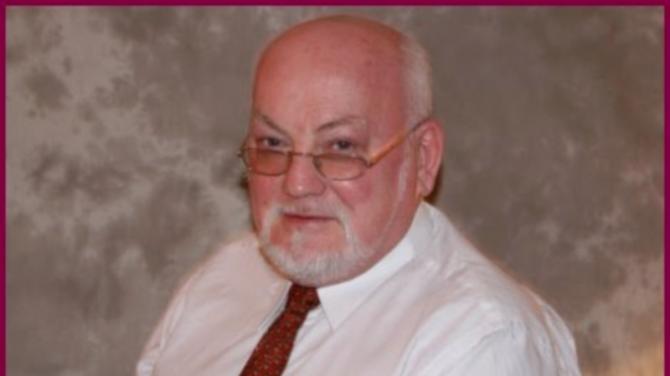 ON July 28 2000 the last of the paramilitary prisoners housed in the H-Blocks at the Maze Prison were once again free to walk the streets they had once terrorised.

Perhaps unsurprisingly, the decision to prematurely release some of the province’s most notorious killers sparked uncertainty and naked hostility in some quarters.

For them, ‘appeasing’ the men of violence to keep any hopes of lasting peace alive was a bitter pill to swallow.

It also left a top security prison designed to protect society from their brutal excesses redundant.

And a former Antrim councillor who knew it all too well revealed that he had ‘mixed feelings’ about that.

Martin Meehan was one of the most influential figures in the early days of the Troubles - and he was loathed by the security forces who believed his unit in Ardoyne was implicated in several murders.

He went on to spend decades behind bars, before following the political path and somehow winning a seat on Antrim Council.

When the Antrim Guardian spoke to him two decades ago on the eve of the closure of the iconic building, he was in reflective mood.

To him, the Maze was at the very heart of the struggle against British rule - and he mourned its passing.

In 1971 the prison site on a disused airfield on the outskirts of Lisburn housed an internment camp similar to those used to house prisoners-of-war in the Second World War.

Militaristic yet orderly, the camps became home to hundreds of people caught up in the growing chaos on the streets of the province.

Innocent and insurgent were incarcerated in equal measure in an indiscriminate and often ill-conceived wave of arrests designed to quell the rising unrest.

As the loyalist and republican populations grew, the authorities met their sense of outrage with barbed wire and machine gun turrets, in advertently fuelling further discontent.

It was into this tinder box atmosphere that Martin Meehan was introduced in August 1972.

He had been a wanted man since he escaped from the Crumlin Road the previous year. He was charged with escape, though that charge was later quashed in a sensational ruling in 1973 when he proved in court that he had been illegally arrested by a solider who, at that time, had no power to apprehend civilians.

In the meantime, however, the Belfast man was convicted of a much more serious charge in yet another landmark case - of membership of the Provisional IRA.

“I was the first person to be charged with membership and I was sentenced to three years and taken to the Kesh,” he told the Guardian.

“In January 1973 myself and about 215 other republican prisoners were moved in convoy into the camp. It was about 2.30am when we arrived and my first impression was that it was like a war-time POW camp, with the Nissan huts and fences.

“Our first impressions were good because the place was clean and new and all our gear had been neatly laid out for us.

“But we soon realised that it was no holiday camp, because when we got to our beds we discovered that the blankets were soaking wet.”

Despite this, Meehan and many of the internees soon adapted to life inside.

“It is very difficult to come to terms with losing your freedom but at least there was plenty of chance to speak with other people in those days.

“In the Crumlin Road they locked you up for most of the day, but at the Kesh you were given free run of the enclosure until about 9pm.

“In the early days there was a very militaristic attitude among the prisoners and a lot of time was spent marching and drilling.

“That sort of thing went on for years, particularly among the loyalists until we set up a think tank and decided that the time would be better spent educating ourselves.”

The new approach was an ‘eye opener’ for the internees, many of whom knew little about Ireland’s turbulent past.

Martin Meehan left the Maze in October 1974 ‘a new man’, but his taste of freedom was to be short-lived.

Within three weeks he was interned again, and was once again plotting elaborate new ways to escape.

“Our paramount goal in the Kesh was to find a way of getting out again,” he said.

“I was an escape officer and it was my job to help pool the various escape plans coming from each cage.

“With all the lookout towers and Nissan huts it was a bit like Colditz - and, like Colditz, we had a number of successes.”

On his return, the Ardoyne man was made OC to the republican internees, a post he would hold until the end of internment 14 months later.

“I can remember it very clearly. It was December 5 and I was that internment was over, though I was told not to tell anyone until the Governor announced it later that day.

“But I just let out a roar and everyone came running and I couldn’t contain myself. The atmosphere was unbelievable.

“I was the very last person to be released and the Governor told me that |I would make it into the history books.

“When I went out into the car park there were hundreds of reporters. The picture of me holding a cell key was flashed all over the world.”

In 1979 Meehan returned to the Maze after he was convicted for his role in a kidnapping.

“I was completely innocent of that. I was guilty of plenty, but not that,” he said.

Determined to clear his name, he went on hunger strike.

“I was on strike for 66 days and was very close to death when the Cardinal and Amnesty International intervened. I had weighed 16 stone, but I was less than six and a half when I came off it.

“My health has never been the same since, but I had a point to prove.”

While recovering, he realised that a darker mood had descended on the Maze. Republican prisoners had reacted furiously to the Government’s insistence on a policy of criminalisation which cost them their political status.

To their horror, they were denied the right wear their own clothes and were ordered to do menial work. Some reacted by ‘going on the blanket’ - Meehan included - foregoing prison uniform in favour of their regulation bedding.

Forced to stay in their cells, some stepped up the protest by smearing their faeces on the walls.

A series of hunger strikes were called but the prisoners relented when they believed they had won concessions from the Government. When it became apparent that they had not a second was called - and this time it was to the death.

The protest was spear-headed by Bobby Sands, the recently elected MP for Fermanagh/South Tyrone - and his death sent shockwaves through the prison which were felt in every corner of the province.

“I knew the strikers very well indeed. In fact some of them were very close friends.

“That was a very bad time in the Kesh and tensions were running very high.

“There was a chink of hope when Bobby was elected because we felt that Margaret Thatcher would buckle under the pressure. When she didn’t, we knew that more people would die.

“The hunger strike had a devastating effect on me and morale was very low. They were very sad, heart-breaking times.”

After 10 deaths, the hunger strike strategy was shelved.

“We got our heads together and decided to take a different approach - and ultimately that proved to be more productive.

“We knew that we out-numbered the loyalists by three or four to one so we set about saboutaging the workshops and working the system until the loyalists eventually asked for segregation.

“Those protests, unlike the hunger strikes, delivered what we wanted. It’s just a pity that we didn’t think of doing it that way in the first place.”

But he recognised that the political benefits of the strikes were huge, reviving Sinn Fein’s flagging fortunes at the polls.

The shared sense of frustration and loss was also felt along the halls of HMP Maze.

“The hunger strikes brought the prisoners together and that unity brought strength,” he said.

“You have to remember that the Kesh had changed a lot since the early days. Then the British tolerated identity, but in the early 1980s they tried to crush it.

“Some of the prison officers were very decent people and did their job as humanely as they could, but some others were very sadistic and stuck the boot in at every opportunity.

“They wanted to fight the war in the jail because they didn’t have the guts to do it on the streets. They systematically brutalised some of the prisoners.

“I got some severe beatings, but a lot of the young lads got it much worse than me.

“Some of the warders revelled in degrading people. I remember one practice where they would bring you from a cell and squat you over a mirror to look up your anus for contraband.

“It was horrendous and degrading and some of the prisoners lived in terror of what they would think up next.”

But life in the Maze was not unrelentingly grim, with Mr Meehan recalling ‘pranks and humour’ too.

“I remember that I used to dress up as the Governor with a three-piece suit and interview the new boys. The young fellas were afraid to speak out of line because they didn’t know who they were talking to!”

On another occasion he lobbied the real Governor for equipment to allow the prisoners to write and stage their own plays, but the authorities were rightly wary of shipping in disguises to prisoners plotting yet another ‘great escape’.

The republican prisoners passed the time making handkerchiefs while their loyalist counterparts made wallets.

“One day a young chap from the loyalist side asked me to make him one of our hankies, so I did. A few days later a warder presented me with a wallet the fella had made for me in return. It said UVF and had a red hand of Ulster on one side and my name on the other.”

It later emerged that the wallet had been made by none other than Lenny Murphy, leader of the Shankill Butchers.

On reflection, the former Antrim rep reckoned it was wrong to consider demolishing the landmark.

“I was in and out of that place for 30 years of my life and there were some very happy times and some very sad times.

“I wouldn’t be the person I am without that prison.

“Like all the prisoners, I will never forget the place and neither will the families. While I was in prison my wife, and many others like her, had to struggle on.

“They did without to bring me food parcels of the very best stuff. I was having three meals a day and I had the camaraderie. They had nothing.

“Looking back, they probably had a much tougher sentence than I did.”