The human sacrifice of the O'Neill clan at war 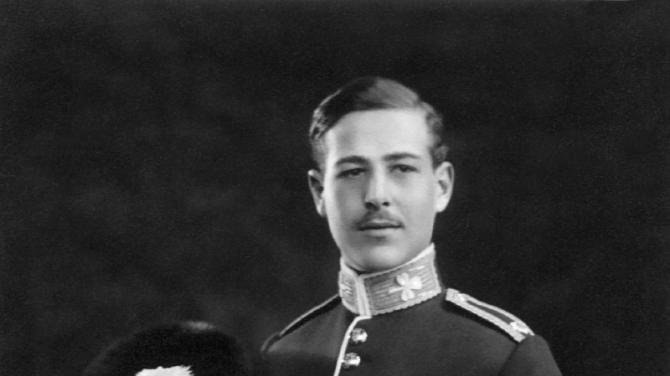 THE two World Wars extracted a terrible ‘butcher’s bill’ from Antrim, with few families left untouched by their combined multitude of horrors.

This is particularly true of the O’Neills of Shane’s Castle, who shouldered a dreadful burden of loss when two generations of O’Neill men answered the call of duty and fell in with the ranks.

Arthur O’Neill, second but eldest surviving son of the Second Baron O’Neill, was already a seasoned veteran and professional soldier by the time the First World War broke out in 1914.

Having been awarded the Queen’s South Africa Medal with three clasps for his service in the Second Boer War- during which he served as a lieutenant with the 2nd Regiment of Life Guards- he was promoted to captain in 1902.

In 1910, he was elected as an Ulster Unionist Member of Parliament for Mid-Antrim, a position he retained when he was recalled to the Life Guards and sent to the battlefields of Flanders.

Not long after arriving at the front, Arthur and his men found themselves facing the brunt of an enormous German onslaught.

The First Battle of Ypres, as it came to be known, was a battle so savage that it effectively wiped out the last remnants of the pre-war British Army - earning the bleak nickname, ‘The graveyard of the Old Contemptibles’ in the process.

Captain Arthur O’Neill was felled during the battle, on November 6, 1914. He was the first standing MP to be killed in action during the Great War.

When the clouds of war gathered once more over Europe 25 years later, Arthur’s two sons Shane and Brian did not shy away from taking the King’s shilling.

Brian O’Neill served as a captain in the 1st Battalion, the Irish Guards. He was killed on 14th May 1940 during the Norwegian Campaign when he was 29 years old.

His brother, Shane - the Third Baron O’Neill - served as a Lieutenant Colonel commanding A Squadron of the North Irish Horse, Royal Armoured Corps.

Technologically, much had changed since 1914 and so the Irish Horse had traded their horses for Churchill tanks - and one of the tanks in O’Neill’s A Squadron was named ‘Antrim’.

One of the greatest feats of arms carried out by the North Irish Horse came during the 1943 Battle of Longstop Hill during the Tunisia Campaign, when the unit’s Churchill tanks climbed a steep precipice thought by the Germans to be impassable for armoured vehicles.

The German defenders were taken by surprise, and the road to Tunis - where 250,000 Germans were ultimately taken prisoner - was opened.

However, the Third Baron O’Neill would, unfortunately, meet his end the following year on October 24 1944, whilst fighting to liberate Italy.

He was succeeded by his son, Raymond O’Neill, who remains the Fourth Baron O’Neill to this day.