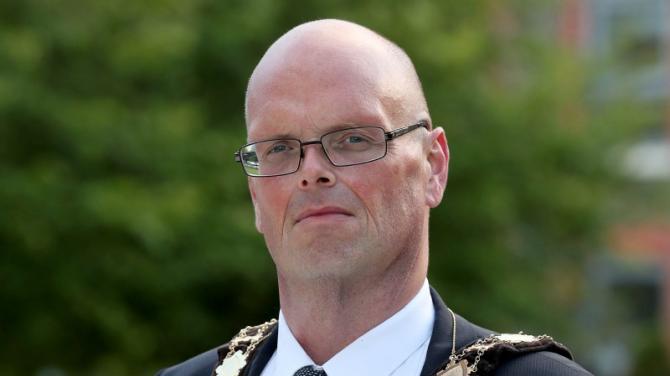 MAYOR of Antrim and Newtownabbey, Councillor Jim Montgomery has confirmed that Air Ambulance NI and Guide Dogs as his two chosen for the year ahead.

Councillor Montgomery said her hoped to raise much-needed funds for both during his term.

“One of the privileges of serving as Mayor is the opportunity to support local charities and I am delighted to be able to lend my support to these very worthwhile causes,” he said.

“Many charities have suffered immensely as a result of COVID-19 so I know every penny raised will be hugely appreciated.

“I hope that together, we will be able to raise some vital funds for these charities, both of which are very close to my heart.”

The service brings urgent medical assistance to anywhere in the province and operates 12 hours per day, 365 days a year. They attend some of the most traumatic medical incidents across the province and are dedicated to delivering the very best possible pre- hospital care, both at the scene and whilst transferring the patient to the most appropriate hospital for their specific injuries.

Guide Dogs is the world’s largest breeder and trainer of working dogs and has had a centre in Northern Ireland since 1984.

In addition to Canine Assisted Services, the charity offers a free sighted guiding service, helping to promote freedom and independence for people with a vision impairment.

They are accompanied by one of the many hundreds of volunteers across Northern Ireland for two to three hours a week, improving their independence, confidence and ability to get out and about.