Home truths: a sex predator could be preying on your child 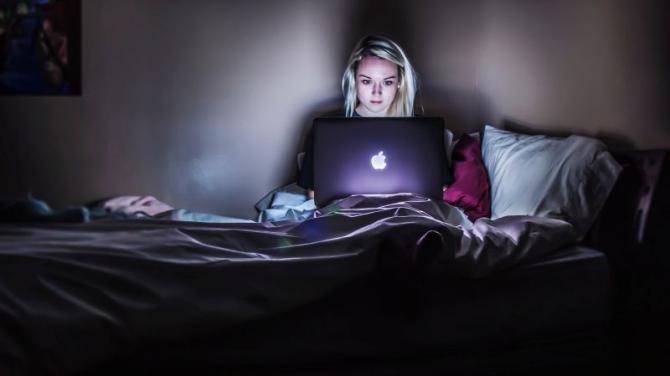 IN many ways, the policy of self isolation has been made all the easier for the technologically savvy.

Mobile devices have ensured that, whilst being alone in your home, you needn’t be lonely as a whole host of friends are right there at your fingertips.

Yet whilst the internet has succeeded in bringing socially distanced family and friends closer together, it has also potentially granted predators access to your loved ones.

More than ever before, children and young people have looked to social media for support and friendship during these difficult days.

Yet the new friends aren’t always who they say they are.

Lockdown has resulted in a surge of cases of online ‘grooming’, which has encouraged a safeguarding group to develop an app to protect young ones at risk.

But online grooming is by no means a new phenomenon.

Paedophiles, and online bullies, have thrived on the internet - able to collect personal information, images, and locations of targets through a simple trio of clicks.

Using this information, and often times a fake profile, the targets of their predation may be led into a sense of assurance - or immediate danger.

The new ‘friend’ enjoys the same music, occupies the same locations, and goes to a neighbouring school to the child being groomed.

This may lead to potentially disastrous results - images being coerced into being sent by the child, or a meet up may be arranged which could have life-altering consequences.

With the onslaught of technology, children are developing an understanding of the internet - and its seedy underbelly - at a staggeringly young age.

A report published in 2017 to mark Safer Internet Day revealed that a shocking seven in 10 children and young people have seen unsuitable images and videos online.

The poll, ran by the UK Safer Internet Centre, questioned 1,500 eight to 17-year-olds.

The report revealed that 30 per cent of children had shared an image they would not want a parent to see, and that nearly two thirds of those polled had sent a video or image to someone they only knew online.

More than half - 56 per cent - said they have shared pictures and videos on a public online profile, with nearly a quarter saying they didn’t know how to control their privacy settings.

The NSPCC revealed in a separate report that there had been a 200 per cent increase in cases of Instagram being utilised as a predatory tool to groom children only last year.

Even more recently, however, the PSNI released their crime statistics that online sexual offences have grown by 268 per cent in the past four years.

Antrim town is no stranger to the damaging effects of online misdemeanours aimed at minors.

The website, hosted internationally, could not be held under the PSNI’s jurisdiction and therefore no culpability was ever brought upon the individual behind the seedy enterprise.

The images, although not classed as indecent by police, had been posted with provocative headings and had sexually suggestive comments below some of them.

At that time Detective Chief Superintendent George Clarke conceded that little more could be done through the legal system about the situation.

“Although the existence of these images on an adult pornography website would not meet any common standard of decency or appropriateness, the fact remains under current criminal legislation the images themselves are not categorised as ‘indecent’.

“Following consultation with the PPS, which has which has confirmed that while the images do not appear to meet the criminal threshold for indecency we have agreed with the PPS to continue to investigate the matter.

“Enquiries confirmed that the website is based in Holland which is outside the jurisdiction for criminal investigations, therefore International Letters of Request have to be prepared in order to secure the information by way of assistance from the Dutch Authorities.

“Communication was made with the website after other lines of enquiry were exhausted and they agreed to remove the images but would not disclose the details of the uploader.

“It is important to note that the website is under no legal obligation to provide this information or remove the photographs.

“The images have been removed.

“We have made contact with six schools and provided internet security advise and reassurance where needed.”

Sergeant McCormill warned that many children are caught in the web because both they and their parents are unaware of the risks.

“Most people think it could never happen to them - until it does,” she said.

“I remember one local lady telling me ‘I was watching Coronation Street and I let a man come into my house, go up the stairs, and abuse my daughter’.

“Internet offending is on the up. It’s so easy. So private.”

“I have no doubt that some of them are not who they say they are or are sex offenders,” she said.

“That’s how frightening it is.”

The PSNI officer stressed that warnings surrounding online grooming are ‘by no means scare mongering’, as the PSNI are aware of grown men sending out thousands of friend requests.

“All they need is for one vulnerable child to answer and then they have a way in.

“These people are seldom who they claim to be.

“One offender had 200 different online profiles.”

Open communication amongst the whole family regarding the dangers of being online was key, she said.

“It’s vital that parents are aware of the reality of the situation.

“If we don’t know about it, we can’t do anything about it.”

The first step is to ensure privacy settings are set to the highest level, to limit access to private information and photographs.

The next is to ensure that any menacing message sent to a minor is screen shot, and sent to the PSNI immediately.

The families, and the victims, of the Antrim Grammar data theft were never informed as to whether they had been violated.

When the Antrim Guardian contacted BBC and Spotlight about whether the victims would ever be handed the information unearthed, the reply was terse.

The BBC spokesman’s statement was as follows: “As stated in the programme, Spotlight contacted the PSNI’s specialist Child Protection Unit four weeks ago.

“The programme makers directly contacted 19 schools in advance of the broadcast. Spotlight did not name the schools.”

A child’s naivety is blameless - and their innocence must be protected at all costs.

iNEQE, a local organisation, has been working to safeguard children in the face of the raising dangers of online grooming.

The group, whose raison d'etre is to empower people to stay safer through education and the use of innovative technology, have announced that the Department of Education have released an app to aid parents, carers and teachers.

The Safer Schools NI App will now be released to children and young people for advice on a range of digital issues.

Pupils are to receive tailored content suitable to their year group.

Jim Gamble, online safeguarding expert and the force behind the Safer Schools app said it was a valuable tool.

“Even before the lockdown it was well understood that sexual offences against our children had seen a dramatic increase,” he said.

“Children will now be spending more time online than ever before interacting with their real friends, friends of their friends (who they don’t really know) and absolute strangers.

“It’s important not to create a culture of fear that there is a paedophile in every virtual space, but the current reality is most sex offenders are sitting at home, and most will have a computer.”

Detective Chief Inspector Gary McDonald, from the PSNI’s Public Protection Branch, added that it was a crime they took very seriously.

“Safeguarding children is a priority for Police Service NI,” he said.

“While maintaining contact with children may be a challenge for all organisations during these unprecedented times, every opportunity to keep children safe must be maximised.

“This Safer Schools App is one example of how to keep children safe in the online environment, providing a full range of child protection advice for parents, carers and teachers.”

DCI McDonald added that it was vital that all suspicions are reported to police.

“If you are concerned a child has been abused online contact the PSNI on 101, the non-emergency number, or in the event of an emergency dial 999.”

The app is free, and available in the App Store on Apple products, or Google Play on Android.