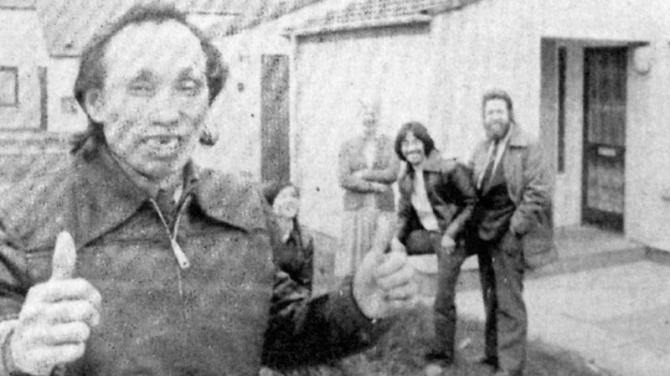 WITH their country in ruins in the wake of a devastatingly bloody civil war, they staged their perilous exodus.

Hoping to stake out better lives for themselves, they - sometimes lacking documentation and often taking with them only a handful of earthly possessions - travelled hundreds of miles across a treacherous ocean in flimsy, barely seaworthy craft.

All too frequently they never reached the shore.

Hundreds died at sea, and it wasn’t uncommon for those who survived the journey to be rejected, denied or repatriated back from whence they came when they arrived on dry land.

It could well be a scenario ripped straight from today’s headlines, as refugees flee desperately from such embattled Middle Eastern flashpoints as Syria, Afghanistan and Iraq.

Yet, in the late 1970s and early 1980s, it was a different migrant crisis that dominated the news cycle.

On April 30 1975, the Vietnam War came to an eventful conclusion when North Vietnamese tanks rolled triumphantly into Saigon, capital city of the Republic of Vietnam.

For the previous two decades, the two Vietnams had been engaged in an appalling conflict that had witnessed the United States offer prominent military support to the Republic.

Estimates vary, but between one and four million people had been killed by the time the guns fell silent and the resourceful North Vietnamese forces claimed their hard-fought victory.

Fearing reprisals and repression from the victorious communist forces, crowds of South Vietnamese civilians gathered around the US Embassy in Saigon where, in a Herculean evacuation effort, American helicopters dramatically landed on the roof of the building and collected as many passengers as feasibly possible before relaying them to a waiting fleet of aircraft carriers offshore.

Hundreds were rescued in this manner - but only so many could be saved.

As the 1970s wore on and Vietnam struggled with economic hardship - not to mention two further wars against neighbouring Cambodia and China - a deluge of Vietnamese nationals raced to the borders, opting to leave the country by any means necessary.

However, surrounding Southeast Asian countries grew increasingly unable, or unwilling, to handle the burden posed by thousands of Vietnamese exiles and émigrés.

And so, taking to the sea in a flotilla of ramshackle vessels, the Vietnamese Boat People, as they came to be known, set sail for distant lands in pursuit of a second lease of life.

It was a harrowing, and in some instances, fatal, undertaking that often demanded a number of failed attempts and false starts before an alternative home could be reached.

Out in international waters, they struggled through storms, disease and starvation. They even had to evade pirates.

It was a humanitarian emergency on an epic scale but, thankfully, thousands of Vietnamese boat people reached their destinations and were subsequently able to settle down.

Such was the case for a small contingent of Vietnamese refugees who, in 1981, came to Antrim and would eventually grow to call it home.

First, however, Antrim had to prove its worth to five Vietnamese heads of families who arrived early in the year, ahead of their kin, to scout out the suitability of their prospective new town.

They were greeted by the Antrim’s local Vietnamese Resettlement Committee - the existence of which, in Antrim of all places, only adding further emphasis to the sheer scale of the refugee problem at the time - who treated them to a meal at the Hong Kong Restaurant, apparently deeming the food on offer there to be the closest thing Antrim had to offer to Vietnamese cuisine!

Mild cultural confusion aside, the town of Antrim made a positive impression.

Duong Vuong and Sanh Sam were particularly impressed by what they saw when they were given a guided tour of their proposed new homes in Rathenraw, which had been decorated in advance by volunteers from the Antrim Round Table.

This generous gesture was just one of many that greeted them. It seemed that the people of Antrim were genuinely moved by their plight, and only too happy to extend the hand of friendship.

Sean Gibbons, of the Antrim Area Council for the Aid of Refugees, said he was ‘delighted’ by the warmth of the welcome they received.

Locals, he said, had ‘excelled themselves’ in donating furniture, food and practical assistance to their new neighbours.

The old Antrim Borough Council had provided a storeroom and it was ‘filled to bursting point’ and Sidney Harman had promised the free use of his van when required.

Springfarm Primary held a special event which raised £100 for the new arrivals.

There were cheques too from the Antrim branch of Save the Children and the Ballycraigy-Glenburn Tenants’ Association.

Touched by the compassion they received from the community, two of the families decided to end their travels and settle in Antrim.

It was a particularly easy decision for Mr Vuong, a fisherman back in his native Vietnam, as it would mean an emotional reunion with his nephew Ming Hoang, who had moved to Ballymena in 1980.

However, for all the bridges being built and barriers being broken down, Antrim’s new residents still faced one considerable obstacle - they could not speak a single word of English.

But the ever-enterprising Mr Gibbons insisted that this gap was not insurmountable, and with a little bit of further effort could be overcome.

“We can probably manage alright without this, but someone who could act as an interpreter would be a great help!” he said.

“There is a tremendous drive to help the families learn their new language, and once they get over that handicap they should be well on their way,” Mr Buchanan said.

“In comparison with some areas of England, the Antrim community has really been tremendous in offering every kind of assistance to the families.

“I feel that the two families are particularly lucky for, once the initial fuss is over, there will be a back-up programme which will help in drawing them into the community.”

With such provisions in place, the families of Mr Vuong and Mr Sam - having received the awaited feedback pertaining to Antrim’s pros and cons - set out on the overnight ferry from Liverpool.

Their passage at journey’s end was, mercifully, much less dangerous than that of the first leg.

They arrived with few assets, typically little more than some instant noodles and a sack of rice each courtesy of Save the Children, but they were happy.

After breakfast in their new homes, they were taken to the social security offices.

And, the very next day, the children embarked upon what must have been a very disorientating first day at school.

It had been a remarkable journey, but Mr Sam said they were keen to lay down new roots.

“We have been overwhelmed by the amount of friendship from the people of Antrim,” he said through an interpreter.

“It has been a marvellous experience.”

In fact, the town’s cordiality was held in such esteem that plans were immediately put into action to bring three more families across the Irish Sea.

Antrim was a welcoming port in a storm for those driven from their homes by the ravages of war.

And, in 2020, with the world in the grips of a daunting refugee crisis of equally huge proportions, Antrim will, hopefully, rise once again to the occasion and uphold the reputation for generosity and hospitality it earned for itself back in 1981.