Body recovered from the Lough 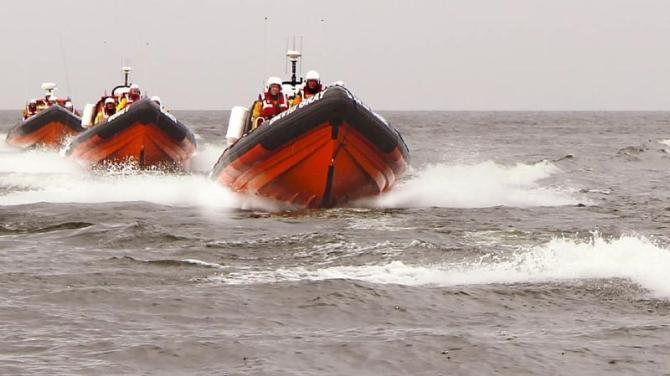 AFTER a frantic week-long search in the murky waters of Lough Neagh, a body has finally been recovered.

A man was seen going into the Sixmile near the Antrim Forum on Sunday August 23 - and with the river in flood he was instantly swept away.

A major manhunt was organised and dedicated teams spent the next week combing the banks for 40-year-old Keith Carlisle.

Though he lived in Lisburn, it is understood that he regularly visited the town to look after his mother. He was a cousin of Michael ‘Mickeybo’ McIlveen who was murdered in a savage sectarian attack in 2006. The 15-year-old had also lived in Antrim’s Rathenraw estate for several years and has family still living in the Antrim area.

Lough Neagh Rescue had been out on the water every day since the disappearance and on Sunday they finally had a breakthrough - though not the one his family have been desperately hoping for.

A spokesman confirmed that a body had been found.

“Lough Neagh Rescue and other statutory agencies under the direction of PSNI/POLSA have been heavily involved for the last seven days in an ongoing search for a missing person who is believed to have entered the Sixmile Water in Antrim,” said a spokesperson.

“After conducting extensive search operations this afternoon our crews located a body and had the difficult task of recovering it from the water.

“Lough Neagh Rescue wishes to place on record our sincere thanks to all our agency colleagues involved for all the hard work, dedication and commitment throughout the search operation.

“The Board of Directors and Volunteers of LNR wish to express our deepest sympathies to the family of the deceased.”

* See page 5 for reports on the search operation.