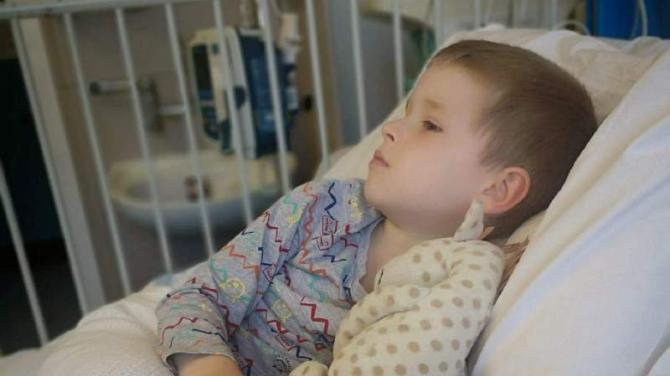 A RANDALSTOWN mum and dad are gearing up for their static cycle fundraiser event in aid of the Royal Belfast Hospital for Sick Children this Saturday (September 5).

Antrim Guardian reporter Christine McBurney and Iain Harrison owe the hospital a debt which they say no amount of clapping on doorsteps can ever repay – the life of their son.

They faced every parent’s worst nightmare over the summer when six-year-old James had to be placed on life support as medical staff fought to save him after he suffered from a seizure at home with his mum in Randalstown.

Under the weather during the day, the anxious mother had kept a close eye on the youngster but things took a sudden and dramatic turn for the worse when a seizure hit.

As she carried him stiff and unresponsive in her arms through the doors of the Emergency Department at Antrim Area Hospital, his distraught mum realised that her child was barely breathing and shouted for someone to help.

A nurse appeared by her side, grabbed the desperately ill little boy and ran with him to resus where countless medical staff descended on the bed.

The team battled for save the young boy’s life and as the seizure refused to break, he was ventilated and put on life support to allow staff to take control of the situation.

“They told us at that point that while they had him stable, he was very sick,” Christine recalled.

“Staff in Antrim were concerned that James had been presenting with what had appeared to be migraines over preceding months and took him for a CT scan to rule out the possibility of brain tumours or bleeds.”

Thankfully, this came back clear, as did further tests for CoVid-19, Meningitis and other infections.”

A specialist paediatric intensive care transport team made their way down from Belfast and James was taken to PICU at the Royal Children’s where he was later taken off the machines and began to breathe for himself.

After a few days in the hospital’s Belvoir Ward, he rallied and has returned home where he is recovering well despite his ordeal.

“He spent another night in Antrim Area for monitoring a couple of weeks ago as he had become poorly again but thankfully, this didn’t progress into another seizure,” Christine continued.

“We are now under the care of the neurology team in Antrim and are undergoing tests to try to get to the bottom of the matter.

“We have every reason to hope that it was a one off event and for the most part, we have to watch and wait for six months.

“If there’s no recurrence in that timeframe then James is at no higher risk of any further episodes than his peers.

“We are under no illusions about how incredibly lucky we are and we have our incredible frontline staff to thank for that, we owe them a debt that no amount of clapping on doorsteps can ever repay.

“You can’t put a price on the life of your child but when you owe their life to these wonderful NHS staff, you feel a drive to try to give something back.”

Times are hard and James’ grateful parents are aware that both the paediatric intensive care unit and Belvoir Ward at the RBHSC will always need equipment and supplies to continue to deliver the exceptional care which their son received.

To give something back, they have decided to hold a fundraiser in Randalstown, where they both live, with the money going to Helping Hand, the RBHSC charity.

“On Saturday, we will set up a static bike – kindly provided by Malachy McCann of MCC fitness – in the centre of the town,” Christine said.

“My backside is rather less than familiar with the saddle but I will join James’ father and some of our family and friends as we rack up the miles.

“Door to door, the distance from home to the Royal and back is just shy of 50 miles and our aim is to see how times we can complete that round trip over the course of the day.

“There will definitely be sweat, there will more than likely be tears but I have no doubt that there will also be the most heartwarming support from our loved ones and friends as well as the people of Randalstown who have already shown us the most generous of spirit which prevails in difficult times.

“We’ve had some great support from local people are businesses already which is very much appreciated,” Iain, James’ father said.

“We wouldn’t have been able to do this at all without the support of Malachy McCann at MCC fitness so we cannot thank him enough,” he added.

“If you can spare a few pennies or support us in any way – turning up on the day will guarantee you a good laugh at us at the very least,” Christine added. 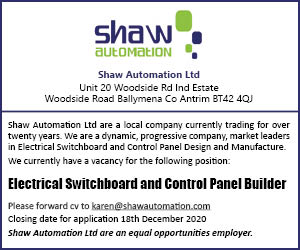 Green for go at Wrightbus with 145 buses ordered

Another year passes and still no justice for murdered nurse