Could TV psychic speak with spirits - or did he make a good living from the dead? 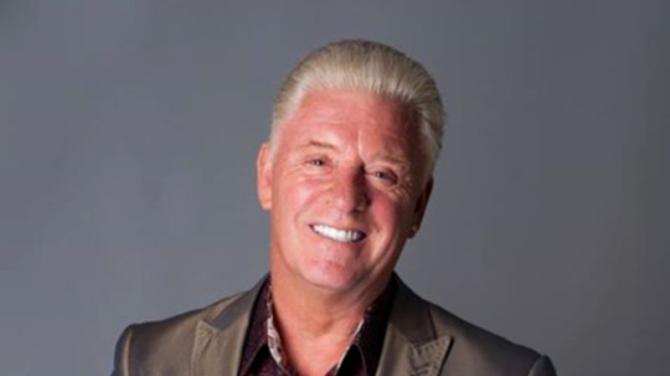 IN recent studies, it has been suggested that as many as one in three people in the United Kingdom believe in ghosts.

Even more perplexing is that three in five believe that they have seen a ghost in their lifetime - which, if you do the math, suggests that some of those don’t believe their own eyes.

What is scarier in your mind, however?

The concept of ghostly entities wandering the earth, or the ‘spiritual mediums’ who make a very nice living from the dead.

Whether you see them as a go between for what lies beyond the living world - a harmless entertainer offering hope to those who believe and laughs to the sceptics or corrupt money grabbers making money off of the vulnerable - celebrity mediums fascinate society.

Perhaps the most famous, and divisive, of all was Derek Acorah.

Known widely as a self styled spiritual medium, he shot to fame and infamy with his work on Most Haunted, which ironically aired on Living TV.

Acorah passed away in January of this year at the age of 69 after a short battle with pneumonia and sepsis.

With help from Sam, his ‘Ethiopian spirit guide’, Acorah would act as a human telephone connecting the living with their departed loved ones on stage and screen.

To no surprise, this sparked a range of reactions from his viewership - and remarkably, ignited a dispute between Acorah and Antrim Councillors!

Five years ago, the Antrim Guardian spoke with Derek Acorah for an enlightening interview.

It all began for young Derek, as many horror films do - in an attic.

“My first experience came when I was six,” he said in his distinctive Bootle brogue.

“Myself and my brother and sister were in the playroom in the attic of my gran’s house. When we were called down for dinner we raced downstairs, but since I was the youngest I was last.

“On the landing I sensed a movement. A presence. There was a man standing in the doorway. He had white hair and wore a charcoal grey suit.”

The unsettling spectre provoked a terrified reaction from the youngster, who ran as fast as his legs would carry him.

After the initial shock had been settled by his grandmother, a small tin was produced - lovingly crammed with photographs.

And there he was. Staring directly back at them was the mysterious stranger - and he was wearing the same suit.

“I said ‘who’s this gran?’ and she said ‘don’t worry. You won’t see that man again’,” said Derek. Had the conversation not been held over the phone, one might have thought he was executing this tale over a campfire.

“It was left at that. Then, when I was about nine she sat me down and explained that I had the same spiritual gifts as her.

“You see, the man in the picture was my grandfather who had died after an accident at sea. I’d never met him.

And that was that. Derek became the boy who didn’t want to see ghosts.

That didn’t stop him, however, having a brief stint as a professional football player - the dream job for Acorah since he was but a lad.

The dream wasn’t meant to last though, and sadly ended due to a devastating knee injury received during a cup match.

Instead, the boy who never wanted the gift to see ghosts had reconnected to the psychic broadband. He must have left auto-connect on.

“I was only back a couple of weeks and I’m sure my wife thought I was going mad,” he said.

“When I went to sleep I had these vivid, vivid dreams.

“My gran was there and I met my guide, Sam. He said, ‘now your work begins’.

“I thought I was going loopy, but my wife said they were ‘inspired dreams’.

“I decided there and then to develop my gifts. Before I knew it I was ready to see spirits strongly, to hear them, to go do readings.”

Radio and TV work (and spirits) soon came knocking, and Derek Acorah had made himself a comfortable celebrity career - that is, if you can stomach the ghosts.

This opened a tin of worms for Twitter Trolls, who took to their keyboard to mock Mr Acorah, suggesting that he shouldn’t be sad - after all, surely he could use his psychic hotline to keep in touch with his old pal?

Acorah revealed how ‘deeply hurtful’ those comments had been.

Apparently the pair had discussed trolls before and after Fry’s passing.

“He's still okay. I know he’s okay over there,” he said, rather enigmatically.

In that very same year, it emerged that Acorah intended on bringing ‘proof of survival after death’ to Antrim Newtownabbey Council’s Courtyard Theatre. Some DUP councillors soon developed stage fright.

‘Where Derek goes, others follow. He is THE pioneer for spirituality worldwide,’ read the breathless blurb.

Alderman John Smyth suggested that locals stumping up £22 for a ticket would certainly see alchemy at work - with blind faith effortlessly transformed into hard cash.

Mediums, he said, were ‘picking the pockets of people who desperately want to believe’.

“It’s all hogwash as far as I’m concerned. I don’t believe that these mediums are doing what they claim,” he continued.

“Of course, in this instance he is doing it at the Courtyard Theatre in Ballyearl, which would leave the Council open to charges of profiting from their grief too.”

“This show has been scheduled for the Hallow’en period, which is a dark time in itself. There are dark forces at work,” he said.

“I think this is very dangerous. More than that, it’s unchristian. They are opening doors leaving the way open for attacks from the Devil.

“It is dabbling in an area best left alone.”

Derek replied to this loaded charge on Twitter - laughing all the way.

“Claim is a load of rubbish #nonsense,” he said.

“I can hardly contain my mirth at this person’s stupidity.”

He proceeded, however, to bury the hatchet in his interview with the Antrim Guardian.

“I believe in God power. Everyone is allowed to have their truth. Christian or whatever, I accept it all,” he said.

Diplomatic and confusing in equal measure.

John Smyth stopped just short of calling for a ban of the show, and Derek Acorah performed as scheduled that night.

“I suppose people are entitled to make up their own minds,” said the veteran DUP man, before hurriedly adding: “One thing’s for sure - I will not be there.”

The audience seemingly disagreed, however, and the Courtyard Theatre packed out to watch Derek Acorah do his thing.

“I dearly love my work. It’s my vocation,” he smiled, as he opened up about performing live on stage.

“It’s not like being a comedian or a singer who goes out there and does the lines.

But are the sceptics wrong for scoffing? Derek Acorah seemed to shrug off this idea, and focused on the ‘help’ he bestowed - for a price - during his performances.

“I hope that people are able to learn and gain something from it. I know there is healing for some, particularly the recently bereaved. That pleases me,” he said.

“Some say it’s just a bit of harmless fun. Once OFCOM, the regulator, got in touch with me through my agent and said that the producers of ‘Most Haunted’ had to put a strap saying the show was ‘just for entertainment’.

“I disagreed with that, so I asked for an additional sentence from myself which said ‘what I do is real for me’.”

Perhaps that’s the best way of understanding the celebrity medium, and in particular Derek Acorah.

The reaction he elicited from audience members that want to believe is as real as the laughter from the cynics.

It was all real to Derek Acorah, even the parts that weren’t.