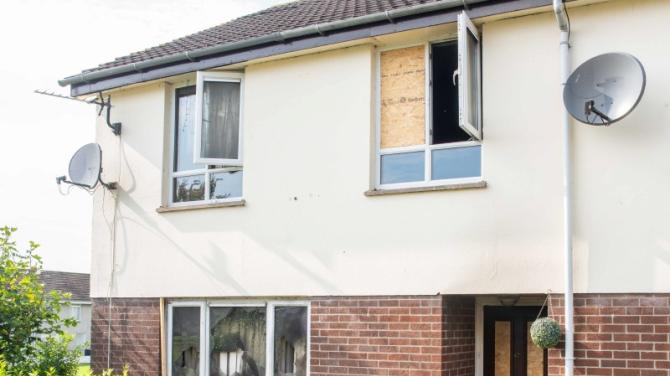 DETECTIVES in Antrim are investigating a suspected arson attack at a house at Queens Road on Sunday September 13.

Detective Sergeant Lyttle said: “Police received a report that a house was on fire at around 9.15pm on Sunday evening.

“Fire Service personnel were in attendance upon the arrival of police and extinguished the fire which caused extensive damage to the property.

“Initial enquiries have been conducted and at this stage we are treating the fire as deliberate.

“No-one was in the house at the time of the fire and there have been no reports of any injuries.

“Anyone with any information is asked to call us on the non-emergency number 101 quoting reference number 1954 13/09/20, or submit a report online .

“This is a very concerning incident which has worried some locals.