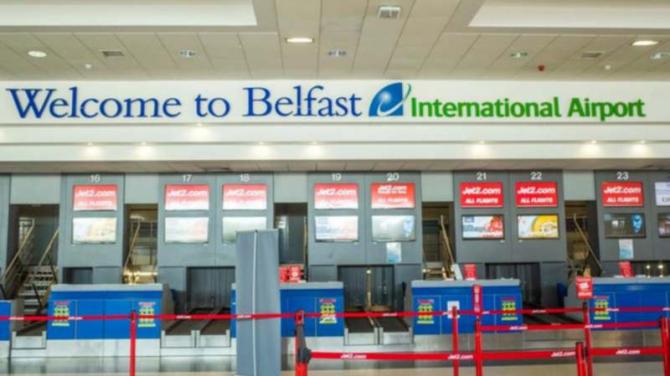 BELFAST International Airport has confirmed that a member of security staff has tested positive for the coronavirus - but has said that risk of infection remains low.

The issue came to light after a concerned member of airport staff contacted the Antrim Guardian, claiming that they had been left in the dark about the case and that co-workers had not been officially notified of the infection by their employers.

A spokesperson for Belfast International Airport said: “A member of the airport security team, employed by Wilson James, has tested positive for COVID-19.

“All Wilson James staff have been notified.

“As per the PHA guidance the risk of infection remains low due to the rigorous hygiene measures that the airport has put in place for all staff and passengers; including PPE, social distancing measures and hand washing and sanitising facilities .”

The statement was sought by this newspaper after another staff member asked for clarity when they learned of the case via a phone chat group.

The concerned worker said: “We found this out from a chat group, not from our employers, we have not yet been offered tests.

“Both we and this other worker have been in contact with the public and with other staff in different departments of the airport, not all of which are able to accommodate social distancing, and of course our families.”

The worker claimed that they had not seen any sign of a deep clean having been carried out as of Monday afternoon.

Aldergrove saw no commercial airline activity in April or May, after anchor airline EasyJet grounded its operations at the end of March.

The airport’s MD Graham Keddie has appealed for Government support to help prop up the aviation industry, which has suffered heavily during the crisis.

Wilson James was appointed the security contractor at the airport just over two years ago.