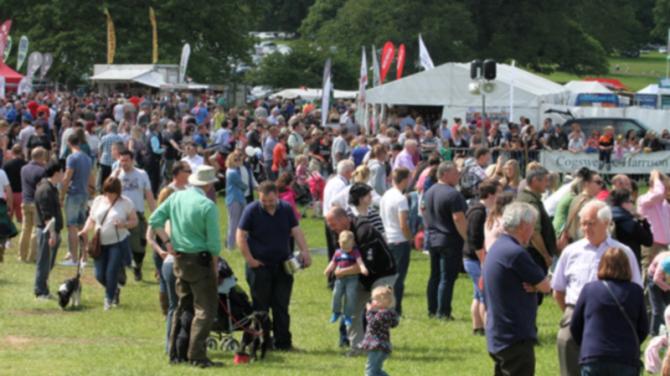 A MAN is appealing a suspended jail term, fine and ban from keeping animals for a decade - after his pregnant dog died, locked in a car boot, as temperatures soared at the Game Fair in Shane’s Castle.

At Antrim Magistrates Court on Monday was Brendan Coleman, (36), from Portadown, who was granted bail of £500 to appeal the sentence.

He was charged with causing unnecessary suffering to and failing to ensure the welfare of the Patterdale terrier ‘Tara’, who died on June 24 2018 after being locked in a car boot under the parcel shelf of his saloon type car.

Proceedings followed an investigation by Antrim and Newtownabbey Borough Council’s Animal Welfare Officers when concerns were raised by a member of the public, after Coleman had returned to the car to find the dog dead.

He had earlier pleaded not guilty but was convicted by District Judge Nigel Broderick, who imposed a three month jail term, suspended for one year. The defendant was also banned from owning, keeping, dealing in or transporting any animals for ten years.

Coleman, who wept in court, was also fined £337 in costs after saying he has been called in at the last minute to judge a class at the event and claimed he had only left the animal for half an hour.

The court heard how two women raised the alarm and tried to save the dog. The prosecution lawyer said that the car had been parked in an open area with no cars nearby, but with the windows fully opened.

She said that the women approached event staff saying that the dog was dead, there was no air coming into the car and they had tried to help by performing CPR.

Council’s vet concluded that the dog left in the boot, even with the windows open, would have succumbed to heatstroke, which sets in at around 41 degrees celsius and that she ‘would have suffered a great deal’.

This was refuted by Coleman’s defence lawyer, who said that no post mortem had been carried out, and the defendant himself wept when the prosecution asked the court to consider a disqualification notice.

Coleman said he was ‘not accepting that’, calling the death a tragic accident, having been around dogs for 30 years and ‘won every single show in Ireland’. It was further claimed that he placed the dog in the boot after she was discovered dead.

He said that the death had ‘broken his heart’, and that of his child.

The lawyer said that his client had not deliberately neglected the dog, adding that he had been asked to stand in after another judge took ill.

The barrister said that Coleman was very fond of his ‘favourite animal’ and had been hit hard by the ‘tragedy’. He added that his client was ‘as much a victim’ and would always have to live with what had happened.

The court heard that Coleman already has a suspended sentence for an unrelated assault on a first responder, which happened after the incident at Shane’s Castle.

Judge Broderick said he recognised that death of the dog had caused Coleman emotional trauma, but was still a serious incident and that the dog suffered unnecessarily which resulted in its death.

A council spokesperson said: “Council gives a high priority to the welfare of domestic pets and horses and operates a rigorous enforcement policy to ensure full compliance of regulatory requirements.

“Complaints are investigated thoroughly and where necessary formal action is taken, which may include the service of Improvement Notices, or in extreme cases, seizure of animals.

“The Council will also prosecute for offences such as in this case, which I hope serves as a warning to anyone who does not take appropriate care of animals, to include keeping animals in vehicles during warm weather.”