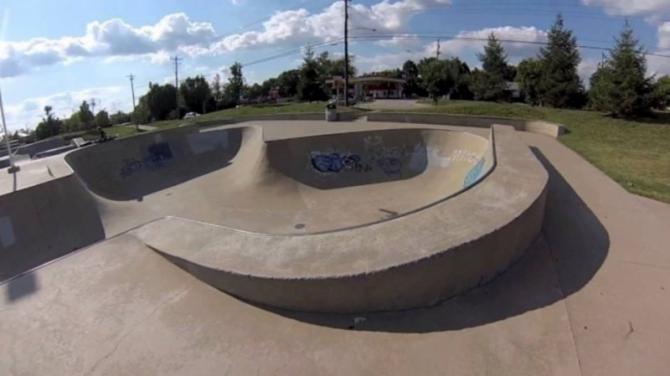 AN Antrim teenager has launched a petition in a bid to bring a skate park to Antrim.

The most recent attempt to bring such a facility to the borough, in Newtownabbey, has seen the project deferred.

Research on a skate park was said to be the original rationale for Antrim and Newtownabbey Borough Council’s controversial - and expensive - trip to Arizona back in 2016.

In his petition, Zach McGrandles said: “In recent years, skateboarding culture has grown rapidly in Northern Ireland and especially in Belfast.

“As great as this is, the scene could be a lot more prevalent should there be more area in the rural areas of Northern Ireland, such as Antrim.

“County Antrim has one skate park, in Carrickfergus; this is good, but for young people wishing to learn outside of Carrick this is almost inaccessible due to having to rely on parents and guardians.

“Antrim is central in the county unlike Carrick.

“Not only would this be easily accessible for those inhabiting Antrim town, but the rest of County Antrim.

“The problem for young people is that generally the streets are also extremely rough, leaving there almost nowhere easily accessible to practice.

“For years leisure activities in Antrim have been neglected, with the Steeple Park being the most recent instalment, thus leading to poor mental and physical health.

“A skate park not only benefits skateboarders, but also the currently thriving cycling and scootering communities.

“There are plenty of empty lots perfect for renovation in Antrim, and to assist with the designing of the park there are international organisations that seek to install functional skate parks in rural areas across the world.”

It emerged last month that tendering for construction of a skate park planned for Newtownabbey’s V36 Park is to go ahead despite the project being deferred.

The skate park, which has been hailed as ‘the biggest in Ireland’ was deferred by the council in April due to the cost, thought to be in the region of half a million pounds.

A number of projects on the Capital Programme have been deferred due to concerns over a potential loss income caused by the coronavirus pandemic.

Council officers have engaged with the Special European Union Programmes Body (SEUPB) to determine whether other Peace Four funds which cannot be spent within the current deadline of December 2021 can be allocated to the project.

It is understood that funding of £195,882 for the project has been secured from the Peace IV programme via the Special European Union Programmes Body, with £300,000 of match funding to be provided by the council.

The council’s Planning Committee voted unanimously in favour of the project last year and a report is to be brought back to council.

The row has been rumbling on for many years, with Allen Park earmarked as potential location for a skate park as far back as 1995.

Earlier this year, among the documents for signing and sealing at a full meeting of council were ‘contracts for the provision of multi-disciplinary design services for the new Skateboard Park and the Valley Leisure Centre’.

There was uproar in 2016 when a bevy of councillors and officers headed to Gilbert, Arizona, on a trip which cost ratepayers almost £12,000.

The purpose of the trip was initially said to be a fact-finding investigation on the development of a skate park, but later statements revealed that the delegation was in fact making links with local businesses.

There have been a number of follow up visits, including when two council directors travelled to the USA at a cost of over £3,400 and a trip in 2018 which also included local businesses - at least two of which were based outside the borough.

This entourage included the Mayor and Mayoress, four councillors, the Chief Executive, one director and two officers as well as two enterprise agency representatives and nine companies.

Over 300 people have signed Zach’s petition, which can be found at https://www.change.org/p/