Could you give the gift of life? 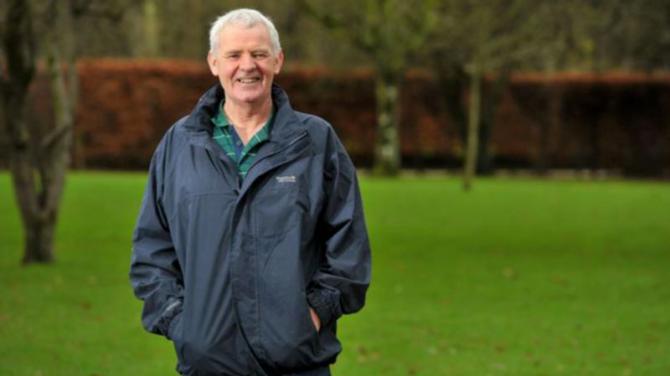 IN Northern Ireland, almost anyone can ‘opt-in’ to become an eligible organ donor by joining the NHS Organ Donor Register.

Adding your name to the roster is a simple process that could ultimately transform - or even save - the lives of those in urgent need of an organ transplant.

Surveys indicate 84 per cent of people in Northern Ireland are advocates of organ donation, and it is believed that up to 93 per cent of families would agree to the procedure so long as it fell in line with their loved ones’ wishes - and yet, despite such apparent near unanimous support for organ transplantation, less than half of the province’s populace have signed the NHS Organ Donor Register.

Today, approximately 112 people are on the transplant waiting list awaiting suitable donors. Unfortunately, around ten people per year in Northern Ireland die whilst still on the list, given the immense strain of the demand for suitable transplants relative to the comparatively small number of prospective donors.

It is a figure that, sadly, is likely set to rise in 2020 as a result of the havoc visited upon the NHS by the COVID-19 pandemic.

With all available staff and resources mobilised and redistributed to counter the new threat, and with new safety measures put into place, organ donation - from both living and deceased donors - has taken on a diminished prominence in terms of NHS priorities, as in other afflicted countries.

Meanwhile, the temporary new criteria placed upon would-be donors as a direct consequence of the pandemic are expected to reduce actual donor numbers by a startling 47 per cent - a particularly dramatic decline given the already scant array of available Northern Irish donors prior to the pandemic.

For those on the organ transplantation waiting list, such statistics are far from just disconcerting evidence of the wider impact of COVID. Rather, they are a very real matter of life and death.

And, if any doubts remain as to the incredible possible outcomes when someone takes the selfless decision to sign the register and become a donor, one needs only look to the inspirational story of Drew Murray.

Five years ago, the charitable Antrim man - a long-time active contributor to such worthwhile causes as NI Chest, Heart and Stroke, the Children’s Hospice, St Vincent de Paul, the MRI Scanner Appeal and Age NI - was moved by the plight of a little girl undergoing constant dialysis treatment when she was featured in a morning television segment presented by Eamonn Holmes.

“I said to my wife, Trish, if I could help that wee child, I would,” said Drew.

“But I wasn’t sure what I could do.

“The wee soul was missing out on her education because of it and it just wasn’t right so I phoned the City Hospital and with help from the Northern Ireland Kidney Patients’ Association, things started from there.”

Drew, then 56-years-old, then went on to attend an initial consultation where, after undergoing a general health check, he learnt that he would first need to make some lifestyle changes if he were to be considered a candidate for live donation.

“It was a real eye opener,” he recalled.

At 17 stone, the surgeon was unwilling to operate on Drew owing to the potentially lethal danger of placing him under anaesthesia, and he was further surprised to learn that his high blood pressure put him squarely in the ‘borderline’ category at risk of Type Two Diabetes.

Therefore, Drew was told that he would not be eligible to donate a kidney until his weight dropped to 13 stone.

Undaunted by the groundwork he needed to put in, Drew enlisted help from Ballymena-based nutritionist and fitness expert Terrell McKeown and embarked upon a strict diet. He subsisted predominantly on brown rice, chicken and vegetables, and committed himself to drinking three litres of water daily.

Sticking to his stern new fitness regimen, Drew also joined the Randalstown-based weight-loss group We Slim Together for support and weekly weigh-ins and, around four months later, he had managed to lose an impressive four and a half stone.

Returning to the City Hospital for a number of appointments, tests, CT scans and x-rays- or, as he described it, a ‘wee MOT’ - Drew was given the thumbs up and matched with a 54-year-old woman from London.

She had previously received the devastating prognosis that there was a 99 per cent certainty that a viable kidney donor would not be found for her, and so Drew’s determination to donate came as a particularly welcome beacon of hope for her and her family.

“I kind of went into a pool as they call it,” the Newpark resident explained.

“My kidney went to her and her partner donated his to someone else and I think all in all, it resulted in three kidney transplants that day.

“And, because it came from a living donor, the kidney should last 12 to 15 years whereas a kidney which comes from a deceased person may only last five to six years.”

Despite having the opportunity to pull out of the transplant right up until the last minute on the day of the operation - November 11th, 2015- Drew insisted that he never felt any real sense of doubt or reluctance around going ahead with the procedure.

“I knew nothing about it really.

“Thankfully, everyone at the City was great and I was made very comfortable and only a few days later, I was back home.

“I wasn’t on any medication at that point so they were happy for me to get home to my own bed and I felt like I’d recover better there too.”

Drew was particularly thrilled to learn that the woman who received his kidney recovered well after the operation, adding that it was ‘all you need to hear’.

“I’m so pleased I could help that woman and if it encourages one more person to do it, then that’s brilliant,” he said.

Word of Drew’s altruistic actions quickly spread through a community amazed at his resolve to save the life of a stranger in need. Eventually, news reached Eamonn Holmes - the very man who drew his attention to the urgent need for donors in the first place.

“Drew Murray claims I was the inspiration he needed to make the decision to donate a kidney to a stranger. But he’s my inspiration and I hope he inspires lots of other people too.

“Drew is quite simply a good man, a decent man who was brave enough and generous enough to make a momentous decision which in the end saved three lives. In my eyes, he’s a hero we should all be proud of.

“So when I was asked if I would be willing to be the patron of the Northern Ireland Kidney Patients' Association, I jumped at the chance. It seems like so little to give back and it has been humbling to be asked.”

Indeed, the Northern Irish anchor was so overawed by Drew’s generosity that he took to Twitter to share his story with his followers - who, at the time, numbered some 860,000 strong.

“If you want to see what a hero looks like read this story about Drew Murray. Brave and selfless. I am humbled,” he tweeted.

Naturally, Drew was delighted that Eamonn chose to utilise his lofty platform to raise awareness of an issue very close to his heart.

“I’m over the moon that Eamonn took the time to tweet the whole thing. That’s just one big wow,” the Antrim donor said at the time.

“I’m so happy he took the time to read my story and I’m thrilled that he has joined the push to highlight the need for organ donation.”

An ‘opt-out’ system would, after all, widen the pool of possible donors and drastically reduce the death rate of those waiting for transplants - and help alleviate the scarcity of usable organs in the midst of the COVID-19 pandemic.

Fortunately, as recently as July, Health Minister Robin Swann has expressed a desire to rework the system so that adults automatically become donors unless they specifically request otherwise.

“With many more people willing to consider donating an organ than are actually registered as donors, I have long believed that an opt-out system would be hugely beneficial and ultimately would save lives here,” he said.

“But,” Drew adds, “until an opt-out scheme is brought in, we all must carry donor cards and be on the register. It really is so important.

“You never know when you might need that sort of help, or how many people’s lives you could save.”