Drugs: lives on the edge 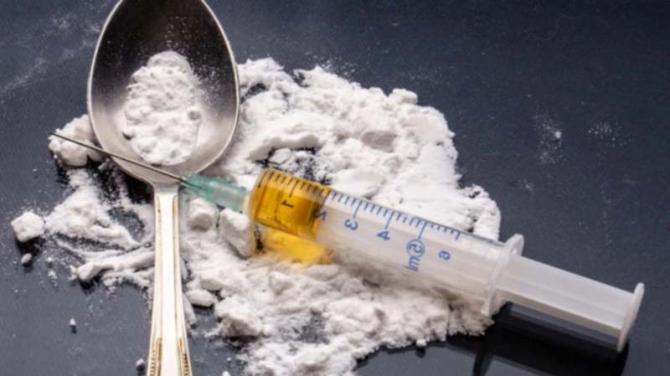 THE shell of a man sitting before me had been a drug addict for over a decade. He had snorted hard drugs up his nose and pumped them into his veins, barely existing in a twilight world which revolved around the next fix.

This was a man staring death in the face each and every day. This was a life on the edge.

Yet when he met with the Antrim Guardian there was some hope. After years of abuse, he was finally taking the first faltering steps to recovery as he prepared to travel to England for rehab.

But the narcotics that he thought would free him from the humdrum had long since transformed into a ball and chain.

Every morning the local man had to travel into Antrim to get his daily supply of methadone to stave off the cravings that tormented him each passing moment.

This is a disturbing story of a life that promised so much thrown away at the prick of a needle. But ultimately he hoped it was also a tale of redemption as he strived to shake off the shackles of an addiction that has left him teetering above an early grave.

He was an only child, born to wealthy parents just a few miles from Antrim. His father was a pillar of the community. It seemed that the local lad had won life’s lottery. The world was his oyster.

But Paul always enjoyed pushing his luck. He was irresistibly drawn to things that would be best left alone - and from a young age that included drugs.

“That’s the sort of kid I was. My parents were great and I had nothing really to rebel about, but that didn’t stop me.

And, inevitably, that took its toll. By the age of 17 he decided that he had outgrown country life and he decided to move into town.

Once again he was drawn to the dark edges. The sudden appearance of more people in his life meant more opportunities to live life on the edge.

“That’s when I started taking cocaine. It was just starting to flood in and I was only too happy to give it a go.

“At first I used it recreationally, just at the weekends. But over time I started snorting it on the odd week day too.

“Looking back I was developing a real problem, though I never thought that at the time.

“As far as I was concerned I was having a good time. I wasn’t hurting anyone.”

“It was the sort of thing that body builders used when they pulled a muscle when they were training so they could continue to work out,” he explained.

“It also gives a buzz, which is what I was interested in.

“You had to inject it and that was the first time I had tried that, but soon I was taking cocaine by the needle too.”

He was still holding down a steady job too. Paul was good with his hands and his skills were in demand in the building trade.

So much so that he was hired to lead a team of more than 20 men working on a project in Scotland.

“I used to come home on Friday evening with £1,200 after tax each week. The money was great.”

And so too were the temptations.

“The boss put us up in houses during the week and when it became too much of a hassle ferrying back and forward we decided to stay on for the weekend too.

“At the time heroin was rife in Scotland and eventually curiosity got the better of me and I gave it a go.

“I took it a few Saturday nights, then the odd night during the week. Then I took it three or four nights in a row and that was it.

“I came back home sick as a dog - and my first job was to find a dealer over here.”

It did not take him long.

By now Paul was becoming a heavy user. The recreational habit that had cost him a few hundred pounds a week was spiraling out of control.

Ironically, his ongoing quest for danger had brought him to the attention of loyalist paramilitaries. He was just the sort of man they wanted and soon he became hired muscle - specialising in stamping out drug use in the ranks.

“I was beating people for dealing drugs. I remember smashing a man’s face in with a hammer. It was a dark time.”

And what comes around, goes around. Eventually the loyalist godfathers got wise to the fact that one of their own was selling cocaine to bankroll his own habit.

“That’s when they came for me. They broke my arms with pick axes. They did a good job too, because to this day I can’t straighten them.

“The situation was getting out of control. I was put out of town. I received death threats. I was even told to get out of the country.

“I wasn’t prepared to do that so I ran. I moved to a quieter village but they found me. I fled again, but they were soon on my heels again.

The walls were closing in, but he used drugs to combat the dread - which in turn left him depressed and paranoid.

It was a vicious circle.

“By that time I was well and truly off the rails. I ended up in prison and that’s where they discovered that I had hepatitis C.

“The NHS were amazing and they threw everything at me to treat it and I’m now clear of it.

“They also introduced me to methadone, which they said would be easier on my liver.

“I knew then that I couldn’t keep going the way I was. I was killing myself.”

Paul decided to pay a visit to the Community Addictions Team in Ballymena. He was also sent to Carrick 1 ward at Holywell Hospital, a specialist 10-bed unit - though that did not end happily.

“At the time I was taking a lot of crystal meth. Crazy amounts of it. About £200 a day.

“I had a serious habit, so when they prescribed me two diazepam I flipped my lid.

“Withdrawal from meth does not make you physically sick like heroin does, but the craving is unbelievable.

“I was frustrated and I said that if a doctor did not give me something more substantial I would stab someone and with that my belongings were packed up and I was barred for life from the unit.

“I made a foolish statement whilst I was in the grips of hellish withdrawal and they showed me the door.”

In time Paul returned to Ballymena and soon he was making inroads in tackling his addiction.

He was on methadone and some other medication, but the grip of hard drugs was declining.

When he was ‘clean’ for three years he was trusted to take his week’s supply of methadone home on a single day to stop the daily trudge to the chemist.

That proved to be a real breakthrough as it meant he could return to work - and soon he landed a job working for a friend he knew from church.

“I’ve always been a grafter and we got on well, so it worked well from day one,” said Paul.

“Slowly I felt I was getting my life back. After years in the wilderness, I could finally start looking to the future.”

But the road to recovery can be a long and perilous one.

Last year he suffered a serious relapse, and once again he sought solace in drugs.

“A few things happened to me, things I can’t talk about here. I just couldn’t cope.

“I took some tablets and went back on the heroin but because I hadn’t been taking for a while my body could not cope with it.

“I overdosed twice. I was pure blue. My partner had to do CPR to keep me alive until the ambulance came.

“She thought I was a goner, but God must still have plans for me.

“The staff at Antrim Area Hospital are miracle workers. I can’t thank them enough for what they did for me.

But it was not going to be as simple as that. By going back on drugs, albeit temporarily, he had broken his pledge to his drugs team - who promptly put him back on daily pick-ups for his methadone in Antrim.

“It was really annoying because it meant that I couldn’t go to work. I had to wait until the chemist opened before I could take it.

“The last thing I wanted to do was lie about the house all day.

“My dad and my boss wrote references for me but it was no good. As far as they were concerned it was back to square one. I don’t drive, so this has been a very difficult time for my father too because he has to ferry me everywhere.

“I feel really bad about that. He’s done nothing wrong, but now he’s spending hours every day looking after his adult son.”

And while the methadone was keeping the cravings at bay, Paul felt that he was ‘treading water’.

“I kept asking myself ‘is this it? Is this how my life is going to be?’

“It seems to me that the policy is to keep users medicated so they don’t go out looking for gear. That’s the emphasis instead of counselling and getting you well.

Last year the local man made a bid to smash them when he contacted Antrim drug campaigner Tracy Bell.

Following the death of her brother Gary to heroin more than two decades ago, she has dedicated her life to saving addicts from themselves.

After hearing Paul’s story the wheels moved quickly, and within a week she had found him a place at The Hygrove.

“Here we have another man crying out for help, only to discover the support he needs does not exist in Northern Ireland,” she said.

“After many wasted years of drug use he has been given a second chance. It’s up to him now to take it.

“He has so much going for him and he is very determined, so this really could be a new beginning for him. It’s just such a shame that he has to travel so far to get the help he so desperately needs.”

Paul knew how much was at stake - and he was the first to admit that he was apprehensive about what would happen next once the crutch he had depended on for so long was kicked away.

“I was shaking when I heard the news and I couldn’t wait to tell my key worker, but he was not particularly encouraging. When I told him how much it was going to cost he just shook his head.

“I’ll show him. I’m not leaving that place on one milligramme of methadone. It’s complete bondage. It’s hell.

“I want to do it for me, my mum and dad and all the people who have supported me.”

Undoubtedly there would be challenging days ahead, but at least Paul was on the right path. It was now up to him if he chose to follow it.