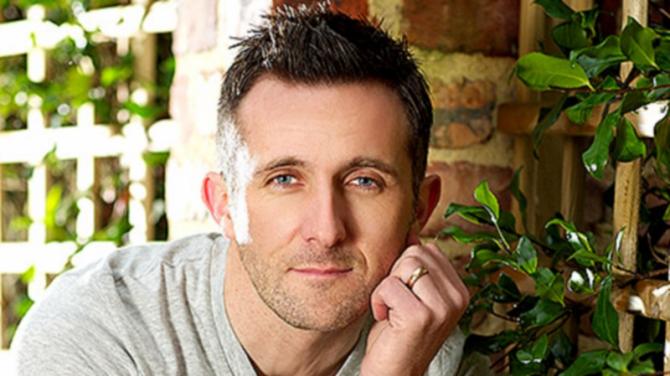 THE music venues are closed and, alas, it seems they will remain under lock and key for the foreseeable future.

Many fans denied their ‘fix’ are growing restless and some musicians are beginning to wonder if their following will return once the time comes to dust down those guitars.

Not so the loyal band of country music devotees. For them, the music is not a fleeting fancy - it is a way of life.

Just ask Randalstown man Johnny Brady. A jobbing musician for more than two decades, his career shot into the stratosphere when he turned to country.

In many ways that fortuitous move was inevitable.

Growing up as a grand-nephew of legendary show man Big Tom, there was no shortage of advice on tap.

The local lad went on to enjoy many nights at the then famous ‘Old Log Cabin’ where endless Country songs were performed.

With Castleblaney being the beating heart of the country music scene of Ireland in the 1980s and 90s, this early, up-close introduction was a revelation for Johnny.

“My grandfather and Tom’s mother were brother and sister,” he said.

“My grandparents lived in a wee place called Shilling Hill, outside Castleblayney and I spent every summer there when I was a kid. Tom would come over and cut the meadow in those days.”

Naturally, when Brady was considering a career in country music, the first person he consulted for advice was Big Tom.

“By then, I had already been playing in pop and rock bands.

“Tom was all for me going down the country music route because he knew I’d love the people who follow it.

“‘There's one thing I’ll say to you Johnny, when you meet a fan in the country music scene, you have a fan for life’ he told me. And that is so true.”

Sadly Big Tom died in 2018, though his rich musical legacy lives on.

Clearly Johnny had country coursing through his veins, but he did not realise it at first.

From recording his first song at the age of 12 to heading up the popular Sunday night ‘jams’ in Madden’s Bar, he was for many years a conspicuous talent trying to find his voice.

The former St Malachy’s High School pupil grew up in a family of music lovers with his mum, Sheila, a huge fan of artists like ‘Queen of the Silver Dollar’ Philomena Begley and Susan McCann.

Speaking years later, he still fondly recalled his old teacher Matt Morgan bringing an acoustic guitar out in class and singing a song called ‘The Catalogue Song’ on the spot.

“It was about how you could have whatever you want but you would have to pay some day,” he said.

“I was amazed at him doing this and because of him I recorded my first song at the age of 12.

“I remember winning the school talent show with a cover of The Saw Doctors Song ‘I Used to Love Her’ and we ended up doing three encores!

That pivotal moment gave the teenager the confidence to allow himself to dream.

He set up his first band, Partners, with his uncles Paddy and Peter when he was just 15.

Ironically, Partners had a real country feel mixed with a smattering of old school rock before progressing to pop and indie over its eight-year span.

It was during this period that he stumbled across that popular melting pot of local talent - the beloved Sunday night sessions at Madden’s where he had the chance to play with a diverse band of local musicians.

“I started it because I wanted to drum and I thought this would give me a chance,” he laughed.

“But drummers kept turning up so I ended up singing anyway.

“It was a lot of work. I was gigging seven nights a week at that point all around Antrim and further afield alongside bands like Gravity and Raised on Rock.

“I think it all helped me with what I do now even though it’s a big leap from ACDC and Bon Jovi to Daniel O’Donnell!”

In 2012 Johnny made the career defining decision to move into the music he had grown up with - drawing influence from great American singers like Vince Gill, Merle Haggard, Randy Travis and Ricky Skaggs right through to great Irish country singers like Philomena Begley and Brian Coll.

It proved to be a timely and momentous moment for the natural performer.

While older country stars would be suited and cowboy booted, he chose to keep things more modern and contemporary. Timing was key too - suddenly country music was considered ‘cool’.

“I can’t be anybody other than myself” said Johnny. “Wearing suits with rhinestones just isn’t me.

“Our country music now is very much like the 90s in Nashville,” he explained.

“Nashville is starting to get a bit more rocky now and here we can see that bit of a crossover too.

“I hope to bring more of that to country and it’s great seeing young ones getting into it.”

As you may have gathered, Johnny is something of an authority on Nashville, the spiritual home of country. He has had the ‘privilege’ of visiting it on numerous occasions to write and record.

And he also had the opportunity to meet some of the biggest of offering his talents to some global stars.

He is rightly proud that his own composition ‘Radio’ was pitched to none other than Keith Urban, Rascal Flatts and Blake Shelton.

It was, he said, ‘an incredible experience’. He also enjoyed the opportunity to collaborate with other singers and songwriters.

With an interest in his both his own original work and covers, he uploads unique performances to YouTube, including collaborations with the like of Antrim performer Paul Mahon, of Croc Recording Studio.

Since 2012 he has released a string of critically acclaimed albums and, pre-lockdown, gigged all over Ireland, North and South.

With a crossover country feel, the band is built around the local man’s powerful and distinctive voice, and his natural stage craft.

When he spoke to the Antrim Guardian he was also surrounded by a talented team including maestro Davy Maguire on guitar, mandolin and whistle, along with Noel McGuinness on guitar, Martin O’Neill on bass, Kieran Sheerin on keys and another Davy Maguire on drums.

On the writing front he has not shied away from drawing from personal experience - no matter how painful.

‘It’s hard to Lose Someone You Love’, for example, is a touching tribute to his parents, Charlie and Sheila, both of whom were taken ‘far too soon’.

“It touches everyone, I guess,” he said. “People are lost in all different ways on a daily basis.”

A dedicated family man himself, the Randalstown man said his children gave him ‘a new perspective’.

His son Shea even appeared in a video for one of his dad’s songs - as did daughter Freya.

Both attend Maine Integrated Primary and Johnny became a willing member of the school community - taking part in events and even holding a memorable performance with the pupils on Radio Cracker.

“That was just so embarrassing for Freya, though!” said Johnny.

The local man also worked closely with a musical collective which brings together singers and songwriters from all different genres across the province together.

He has certainly taken the plunge - though that should come as no surprise given that he served as a lifeguard and swimming teacher at the Forum Forum for a decade!

But that drive has certainly brought its rewards.

Since making the stylistic leap, he has made several TV appearances including Opry an Iuir and Keepin ‘er Country and he has won a number of awards including Best Video and Entertainer of the Year at events like the Hot Country Awards and Irish TV Awards - a far cry from his talent show success back in Antrim.

He may have travelled far and wide, he admits that remains ‘a home bird at heart’ - and he relishes paying in front of a home crowd such as his show-stopping turn at Antrim Festival a few years back.

“Festivals really are my favourite thing about all this,” he said.

“It’s an atmosphere where anything goes and you play it by ear, we can do a crossover of music on the day and really suit it to the crowd.”

There have been many other highlights, of course, but one in particular does come to mind.

When his album ‘Dance with me’ was release, Johnny and his background team watched in amazement and delight as it went straight to number one on the iTunes chart with fans hurrying to get their copy - placing him above Taylor Swift, The Best of Johnny Cash and Dolly Parton. Not bad for a young lad from Town who took his time to head to Country!

But when the venues finally open again, you can be sure that Johnny Brady will be rearing to go.

He has achieved a lot, but the best is yet to come.