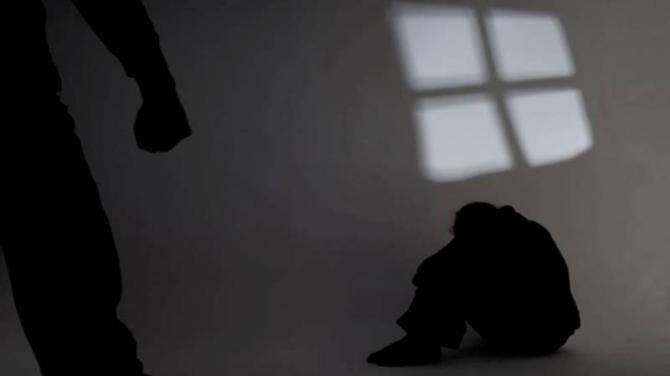 A CAMPAIGNING journalist who says he has been subjected to a ‘sinister and coordinated’ campaign of sexual assault and threats on his life for years, has alleged that a Crumlin man is one of the ringleaders.

The disturbing story was carried in the online site PinkNews, which serves the LGBTQ community, and in Sunday World - and some readers may find the following content distressing.

Based between France and Northern Ireland, Alan’s life was turned upside down when a casual meeting turned into an assault, which dragged him a years-long ‘vendetta’, which he believes has placed his own life, as well as the lives of his children, on the line.

He now says he wants to expose the network of sex predators he claims have been targeting him and many others.

In a litany of alleged incidents, Alan (52) has claimed that a man in Crumlin has tried to deliberately infect him with HIV and that after reporting this man, others have attempted to inflict multiple injuries on him.

He was first attacked in 2011 after meeting the Crumlin man online and several years later, he maintains the same man left him in hospital with a knife wound.

Alan sent out an alert to users of a dating site in the area to warn of the sexual predators.

Days later, he says he was informed that he had been singled out to become the subject of a ‘vendetta’, simply because he had warned others.

This vendetta, he said, would start two or three years down the line so that he would not be able to link who was behind it.

An onslaught of assaults and even robberies tallying at least 22 in total has unfolded in the years since the vendetta began, he alleges.

Alan said that he began to experiment with his sexuality following the end of his 20-year marriage and he was soon exposed to those who live in the world of ‘chemsex’ - where men meet for parties and take drugs.

“It’s a national scandal that the gay community lives in fear of sex predators and feel they cannot speak up,” Alan told PinkNews.

“It’s been difficult to live through, but I’ve had to see these injustices as tasks to report on as a journalist.

“I’ve had to speak out to make this useful for everyone else.”

Throughout the alleged attacks, which have occurred in both Northern Ireland and England, where he lived from December 2018 to April 2019, Alan described uncovering a dense web of assailants, all connected to one another, all over the UK.

Many of his attackers know of one another – often viewing each other’s attacks as they are live-streamed – while scores of users on websites wait to watch the impending violence.

Comparing the ring to a ‘mafia’, Alan described how he experienced a torrent of targeted plots of abuse – many of which occurred while he was incapacitated on drugs he had not consented to – which have, on several occasions, curdled into plots to injure him, as well as threats against his family if he were to ever speak out.

Alan showed PinkNews dozens of chat logs with various online members allegedly involved in the ring, as well as tip-offs, hundreds of texts and WhatsApp threads, video footage of him being drugged, photographs of the weapons allegedly used to injure him as well as email reports filed with the police over several years.

All of these have also been made available to the Antrim Guardian.

Alan said he had his first encounter with the group – a man in Crumlin.

The man, alongside a friend, drugged and attacked Alan.

Following another attack by the man based in Crumlin several years later, Alan, in consultation with the police after filing a report, took to the dating site to warn locals of the assailant’s actions.

The message was vetted by police in Antrim.

Alan says reporting the attack led to two drug dealers in Glengormley being raided by authorities, after which a vendetta began and more attacks were carried out, threats were issued and blackmail attempted.

Details of various sex predators were ‘known to Met Police intelligence’, a Police Service of Northern Ireland staffer confirmed to Alan in an email.

The staffer stressed that the Metropolitan Police in London was 'aware’ of the identity of some of the attackers.

The vendetta, Alan said, involves the collation of someone’s personal information, often stretched across years so that the victim never quite links the scattered attacks together and is used against them so that they never feel able to come forward.

Recently, Alan says he has been stalked and his house egged, and a man shouted through his window that he will be beaten up due to the raid on the Glengormley drug dealers, as the onslaught continues throughout 2020.

Metropolitan Police inspector Allen Davis told PinkNews that the force is ‘fully aware’ of drugs being used to stupefy people to carry out sex assaults.

Richard Unwin, a sexual offence investigation-trained police officer, said such violence can be ‘difficult and traumatic’ for the victim, and not only includes sexual violence but ‘robbery, theft, actual bodily harm and grievous bodily harm’.

“If you try and simplify it, some perpetrators identify a section of society as vulnerable, for whatever reason, and may weaponise geosocial networking and the actual use of the drugs in order to commit an offence.” he said.

Alan was seen as an easy target due to a disability.

Unwin explained that the authorities do not ‘judge’ those who engage in such behaviour, and urged: “The message we’re trying to give for anyone who wants to talk to us or disclose to us is that we are aware of what it is.

“Don’t think that should be a barrier to stop you disclosing information to the police.”

Stephen Morris, a crime lead for the HM Prison and Probation Service, described how people with more nefarious intents act as ‘predators’ who use online sexual offences, and both the cache of the act as well as being able to ‘trade’ illicit materials with other abusers, to ‘recruit’ more people.

He stressed that those engaging in some websites to exercise caution.

“You’re not going to notice someone that may be gradually eroding your boundaries and drawing you into something that, really, you’ve no idea about,” he warned.

“We will often work with a man who has committed an offence and look at the ripple effect of his offending,

“On average, we usually identify at least 70-odd other people that have been impacted, one way or another, by just a single offence.

“So when we’re talking about harm, it is much, much bigger than just the victim.

“And if you think that some people in this context will have many victims, and so the number of people have affected is immense, really, and some of those will be affected very seriously – people will be traumatised, their lives will be changed forever.”

A representative of the Metropolitan Police was unable to comment, but said they were aware of Alan’s allegations and that it is an ‘ongoing investigation’.

The PinkNews investigation was carried out by Josh Milton.

Speaking to the Antrim Guardian, Alan said he hopes that some good comes from his horrific experiences.

“I wish to use what has happened to me to help secure the safety of young and vulnerable men and women.” he said.

“Leaders of these men’s local communities can hopefully be made aware so that young men and the public generally can be protected.

“If I am further targeted or murdered for speaking up against these vermin, the public will know I honestly believed I had to stand for something.

“Keeping quiet about this is not an option.

“Gay men need to understand that they must meet threats of extortion head on and not allow themselves to be sexually assaulted by predators.

“These things happen in the gay world because pride does not yet mean enough and victims are scared of being outed.

“These predators gather video footage of the victim to threaten victims into silence if an attack is successful.

“MLAs need to be made aware of the levels of crime faced by the LGBTQ community, and people in general.”

Alan has been preparing a document for MLAs and the Policing Board and a book is due out next year entitled “Outing the Enemy Within”.

Other incidents have been reported in County Down and Alan has also reported his case and subsequent treatment to the Police Ombudsman.

The Antrim Guardian will be following the case and reporting further developments.