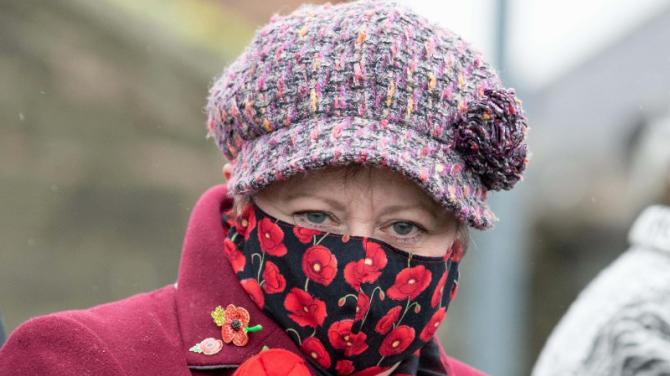 LOCAL people are being encouraged to observe Remembrance Sunday 2020 at home this weekend, to help prevent the spread of the coronavirus.

The Mayor will also be recording a special video message, which will be released via the council’s social media channels.

While the Royal British Legion calls on the nation to unite in commemorating Remembrance Sunday each year, year due to the ongoing Covid-19 pandemic they are encouraging people across the nations to ensure Remembrance Sunday is still marked appropriately by taking part in remote and socially distanced Remembrance activity.

That could be by watching the service on television or pausing for the Two Minute Silence in their home or on their doorsteps.

Mayor of Antrim and Newtownabbey, Councillor Jim Montgomery and Deputy Noreen McClelland will be laying wreaths at war memorials across the borough on behalf of the people.

“Like so many events this year, it is disappointing that we cannot commemorate Remembrance Sunday as we have done previously.” he said.

“However on behalf of the people of the Borough the Deputy Mayor and I will be laying a wreath at each of the five cenotaphs in the Borough to remember and pay homage to the fallen who sacrificed their lives so we could have our freedom – Lest We Forget.”

Speaking to the Antrim Guardian, he added: “We are asking local people to show the same selflessness and sacrifice shown by those we remember this weekend, by staying at home and preventing the spread of the virus.

“It may be hard for many people but we all have a duty to protect the most vulnerable in our society and to take the pressure off our modern day heroes who are standing in the line of fire, the doctors, nurses and staff of the NHS,

“If people act now and stay at home during this vital period, then it will be easier for everyone in the long term - and in the words of Dame Vera Lynn, ‘We’ll Meet Again’.”