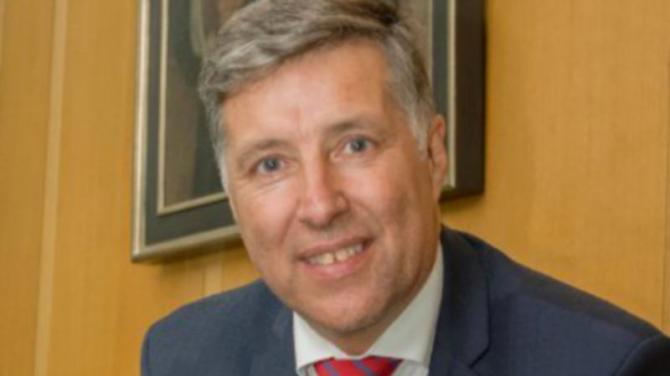 THE landlord of South Antrim DUP MLA Paul Girvan’s office, who received £10,000 in emergency Covid funding in error has now repaid the money, it has emerged.

In recent days it emerged that the grant was paid out to Cinq Properties, which owns Mr Girvan’s office in Ballyclare.

Mr Girvan has said that the money was repaid on Friday and that he had contacted the company last week as news of the overpayments emerged.

Around £4.5m of coronavirus support was paid out in error earlier this year as part of the Small Business Grant Support Scheme.

This included £30,000 to Sinn Fein offices which were not paid until last week, sparking the resignation of former MP Elisha McCallion, West Tyrone MLA Catherine Kelly and two other party officials.

Mr Girvan said he had contacted his landlord by email when the news first emerged.

“We didn’t even know that our landlord received the payment because it was quite clear from the outset that political offices shouldn’t benefit,” he told another media outlet.

“I’ve never met the landlord and only spoken to the company once in all the time I’ve had the office.

“He came back to confirm they had received a payment for our office at 1.25pm on Thursday and that they would repay, which they have.”

He added: “I do think that if you’re receiving payments into your account you should know where they’re coming from.

“If it’s not meant to be there it should be paid back immediately.”

Mr Girvan said he was not optimistic that all of the payments made in error would be returned.

“I would say it I don’t think all of it will be recouped. There will be some difficulty in getting all that money back,” he said.

“Many people might have it spent by now, so getting it back is going to be a long process.”

He said the grant scheme was ‘a blunt instrument’ which relied on businesses being open and transparent.

“We understand that quite a few did return overpayments that they received, around 70 in all.” he said.

“I don’t know if they had to be pursued or came forward.

“But this was a quick way of getting money to businesses affected by the Covid lockdown, some of whom were affected to a lesser degree.

“Certain sectors of retail were able to operate without any impact upon their sales.

“Larger stores like Tesco and Asda had a bumper time for example.”

He added: "I'm very grateful that I have no relationship with the landlord.

“Some people on Twitter have been talking about me getting this payment but I’ve received not one penny."

In a statement, the landlord firm said: “Cinq Properties Ltd like many other businesses in Northern Ireland did receive an unsolicited £10,000 small business grant earlier this year.

“However, it has now transpired that the company was not entitled to this grant.

“Several attempts were made to repay the funds and the £10,000 was repaid to an account of the Department of Finance on Friday.”