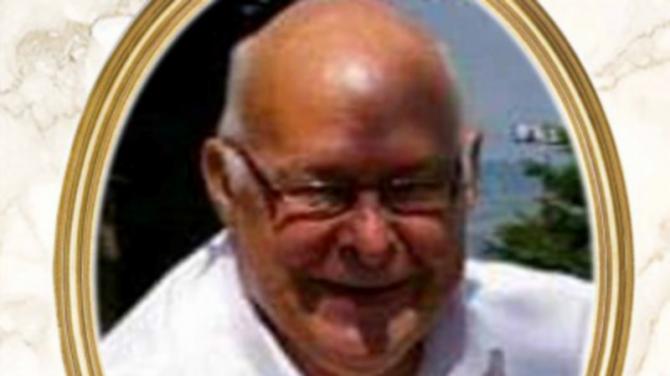 THE brother of a former Antrim man who lost his life to COVID-19 has urged his many friends in the town to remember the indelible mark he made rather than the manner of his passing.

Peter Kelly, who lived at Centaur Court and Hillside, lost his battle against the virus on October 15. He was 69.

His loss has been acutely felt ever since but his brother Gerry said this was a life lived to the full.

And the Antrim man has urged local people to celebrate the many things his ‘dear brother’ achieved, as they prepare for his funeral service on Thursday (November 5).

“Let’s not make him a statistic but remember his contribution to society,” he said.

Peter was the first of seven children born to parents Anthony (Tony) and Evelyn Kelly.

He was born on September 26 1951 and was gifted four brothers - Michael, Gregory, Gerard and David - and two sisters Bernadette and Colette, the youngest born in 1965.

“Firstly, Bangor to Belfast and then, back to Bangor before returning to Belfast once more before finally settling in Antrim.

“Our parents wanted to get the best of education possible for the family, and to that end, Peter became the first of his generation to attend grammar school - St Mary’s in Belfast.

“During his academic studies, Peter excelled at everything from his courses to sports and games. He was a champion athlete, a chess champion, a tiddlywinks master and he attained the qualifications to enable him to train as a teacher.

“He had what you might call brains and brawn.

“The only teaching place offered to Peter at the time was in Manchester, however he decided he didn’t want to leave home. The main reason being the so called ‘Troubles’ began and Peter needed to stay at home and be our guardian.

“He proceeded to secure other employment. Little did he know that Greater Manchester was to feature later on in life.”

“Peter was Barney’s right-hand man and oversaw the business within the betting shops.

“It was when Barney’s boys were old enough to take over Peter’s responsibilities he decided to leave and joined Maxol, managing the Holywood facility.”

But like so many of his generation, new opportunities would soon emerge in Antrim.

“Peter later worked for British Enkalon. He operated a machine in the Warping department.

“When Enkalon made the political decision to close the plant in Antrim, as many other large manufactures did at this time in the eighties, Peter struggled to find work but eventually did secure a job as a security guard in the town’s shopping centre.

“He used his spare time to volunteer and put his talents back into the community.

“Peter was helping and advising people on social issues such as benefits and housing.

He also volunteered at Antrim Credit Union and managed the business for many years.

“He even found time to go back to college and studied psychology in Antrim Tech securing an A level on the subject.”

He also took a interest in local politics, particularly the Alliance Party. Years later his cousin, Antrim Town Councillor Neil Kelly, would follow in his footsteps.

Speaking this week, Neil said Peter was a ‘well-respected and well-liked’ member of the Party.

“I have been contacted by members of the Alliance Party who have fond memories of Peter and send their thoughts, sympathy and condolences to Diane and all of Peter’s Wigan family and friends.

“Politics in Northern Ireland was a lot different then than it is now and putting yourself forward for election was seen by many as a brave thing to do.

“Peter Kelly epitomised what the Alliance Party was about.”

Long-standing member John Wallace recalls Peter’s dedication and commitment to the Party and always found Peter willing to help with anything that was needed.

John also remembers Peter as having a sharp sense of humour that could change a difficult situation into laughter with just one of his witty comments.

Former party leader David Ford was involved in both elections and he ‘remembers well’ the effort Peter put in to both campaigns.

“David told me it was down to Peter’s hard work on the campaign trail in 1989 that ensured his running mate Brian McConnell was safely elected,” said Gerry.

“It was down to the hard work that Peter and others did during difficult times that paved the way for others to come through and win elections in Antrim Town and we are very thankful of that.”

Current Alliance Party Leader Naomi Long has also sent her condolences to Diane and Peter’s family and is appreciative and thankful of the hard work Peter did not only for the Party but for the people of Antrim Town.

During his time as manager of the Antrim Credit Union major changes had been announced by the Irish League of Credit Unions.

Normally for the AGM a small venue would be selected for the members who wished to attend laying on some refreshments. However, this time the ballroom at the Enkalon Social Club was booked and hundreds of people were able to attend.

After listening to Peter’s delivery of the changes, which took some considerable time, a good time was had by all.

It was his love of Credit Unions that took Peter to Manchester in 1991.

Margaret Thatcher’s government had decided to tackle money lenders and encouraged councils to tackle the problem. They made funding available for boards to develop friendly societies and many councils favoured the Credit Union model.

“Peter applied to many committees and ironically found himself 20 years later moving to and finding himself in Greater Manchester and creating such a wonderful life for himself.

“Peter ended up with two of the greatest loves in his life - the Credit Union but more importantly Diane and her lovely family.

“We, the Kelly family, witnessed a new man. He had found his calling. He found a purpose, and more importantly, he found his home.

“Diane, we know you will miss the big man. We shall miss him too.

“His life with you gave him the fulfillment he needed but may never have found back in Antrim. Thank you.

“We know you made him so happy and he adored your beautiful children and grandchildren.

Peter’s funeral will take place in Howe Bridge Crematorium at 1pm on November 5.For those that knew him and wish to remember him this service will be broadcast online at: https://www.obitus.com

“He will be greatly missed by his wife Diane, her children Simon, Damian and Leanne and all the grandchildren - as well as Diane’s extended family and Peter’s work colleagues and all that new him in Ireland and England.

“We will miss your big smile Peter and your big heart.

“You will be especially missed by your siblings Michael, Gregory, Gerard, David, Bernadette and Colette and all of our partners and our aunt, uncles and cousins.

“May Peter rest in peace.”