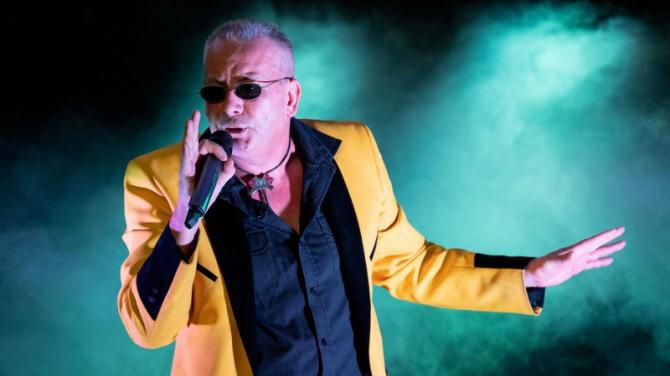 A GROUP of local musicians have been ‘rocking down during lockdown’ to provide some much-needed entertainment to care home residents across Northern Ireland.

An idea of recording a DVD of some amazing age appropriate music to be distributed free of charge was born on a Saturday lunctime several weeks ago, and at the weekend, ten amazing performances were captured, ready for editing.

Alan Boal of Johnny B. Goode’s Music Lounge was one of the brains behind the idea and the COVID-compliant recording space was supplied by a local charity in the Antrim area.

“There were two ideas behind this,” he said.

“One was to help the mental health of musicians and artists who have been unable to perform for months, to get them out and get them playing,”

“The other was sparked by something that happened, a musician was performing for care home residents outside in a garden and someone complained.

“We just felt so bad for these poor people who have been literally locked down for 7 or 8 months with very little entertainment, so these two strands came together.

“Originally we were thinking of something like a Christmas single, but it turned into three hours of music!

“So we have kept ourselves sane by getting out there and doing something, and we’re also hopefully bringing some joy and entertainment to the people who need it most.

“Eventually we would like to widen this out and send the DVD to adult day centres and hospitals and the like.”

Mr Boal was full of praise for the performers, technical team and the sponsors who have ensured that the DVD can be professionally produced and distributed and those who made sure that the whole crew were fed!

All the artists and production team offered their services free of charge but help was required for the production and distribution of the DVD.

“Each performance was just stunning in its own way.” said Alan.

“These were true professionals and truly amazing humans to give up their time to do this and there will be some amazing bonus material to come.

“Thank you to Richard Fee of Eye Feel Good for giving us premises in which to record.

“We have other sponsors and contributors who we will mention in due course.

“We’re indebted to you all in providing the necessary funds to reproduce the DVD for distribution.

“Thank you to Amber Cakes for the beautiful spread to feed us all on the day.

“Finally to the Johnny B. Goode’s team that I am so proud to be part of.

“Such a great combination of talent, all with an amazing work ethic to get the job done.

“It’s been a whirlwind so far but we’ve made it happen.

“We are aiming to have the DVD out to the nursing homes before Christmas and it will be available for purchase to the general public.

“We’ve been overwhelmed with the positivity and generosity of local musicians who just jump at the chance to help.”

A Go Fund Me fundraising page to help support the initiative can be accessed at https://www.gofundme.com/f/