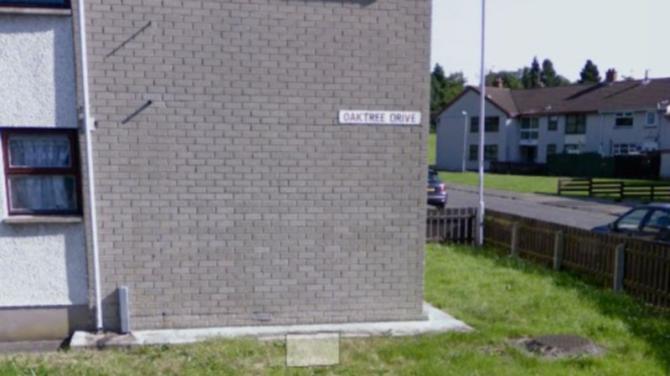 ANTRIM people have shown their caring side by coming out in force to raise funds for a man in his late 70s who was robbed of his savings in the Steeple area last week.

The man had just left his home at Oaktree Drive at 7pm on Tuesday November 3, when cold-hearted crooks entered the house and stole his savings.

DUP rep Paul Dunlop and UUP councillor Leah Smyth were among those who appealed for assistance, urging local people to check their CCTV cameras or for anyone out walking who noticed anything to notify police.

They also urged the public to check on elderly neighbours over the dark evenings.

Householders have been warned to keep their doors locked and to remove keys from doors.

However the Steeple community stepped up to the mark, co-ordinating a fundraising drive to help make up for the pensioner’s lost cash.

Local individuals and businesses dug deep, organising bingo, raffles, door to door collections and crowdfunding in a bid to put a smile back on the widower’s face.

Firms offered goods and services as prizes, while people from other estates including Millhouse donated.

All the funds raised will be immediately deposited, and while impressive and generous in such a short period of time, the Antrim Guardian will not be revealing the final total in order to protect the pensioner’s security.

One of the women involved in the fundraising is Angela Wilson, who said that the man has lived on Oaktree Drive since 1967.

“My Mum has been on that street for 53 years and never in her life has she heard of anyone being robbed.

“Whoever did this, they are just total scumbags.

“But the people of the Steeple and the wider area have shown what a generous and strong community they are by helping replace what was stolen.

“It’s been overwhelming how many people wanted to help.

“I don’t want to start naming names as I will forget someone, there are so many people who have donated or organised or offered help and we cannot thank them all enough.

“People were coming up to me and trying to press money into my hand or post it through my letterbox - but all of the money is being lodged, so whoever did this may not think of doing it again.”

Angela said that the man is ‘really shocked’ but is recovering with the help and support of his neighbours.

She also urged local people to keep their properties secure and well lit.

The fundraising efforts have been praised by local councillors, particularly as people have been struggling financially in the wake of the COVID pandemic.

UUP councillor Jim Montgomery echoed his colleagues’ comments and said: “This was a disgraceful attack on a well respected member of our community by opportunistic criminals and I encourage anyone with information to contact the police to ensure these people do not get away with it.

“It is amazing the support that has come from the community towards this gentleman.”