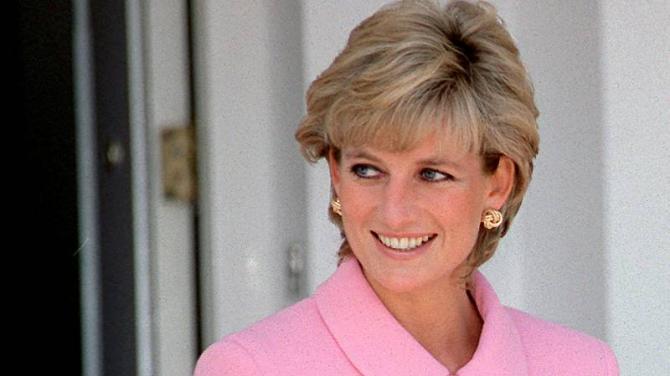 LAST Saturday morning, at precisely eight minutes past nine, the country ground to a halt to witness the closing chapter in the extraordinary life of Diana, the Princess of Wales.

Her untimely and senseless death in Paris six days previously robbed the world of one of its brightest lights and cruelly ended a reciprocal 16-year love affair between Diana and the British public.

Once the fact she was gone - and gone forever - began to sink in, shock was replaced by anguish as a tide of raw emotion swept across a people forced to come to terms with the unimaginable.

Diana, ‘the People’s Princess’, was dead and life for us left behind would never be the same again.

London became the focus of the nation’s grief and soon hundreds of thousands of people from around the globe converged on the capital.

The vast majority of the mourners had never seen, let alone met, the enigmatic Princess but they had grown to love this powerful, magnetic, yet painfully vulnerable woman.

In death the young Princess finally won the respect and love that had been largely denied her in life.

Ordinary people who thought themselves immune to her charms broke down as the realisation dawned that they cared for Diana more than they allowed themselves to believe.

As the crowds and tributes continued to pour into London, the myth of cool British reserve was exploded as people wept hot, bitter tears of grief.

A country which one week before had been absent-mindedly following the Royal soap opera was agonisingly shaken from its complacency.

What followed were some of the most poignant and moving displays of public grief that the capital has ever seen.

Images of flower-festooned palaces and a people united by a common grief were flashed around the world as Britain braced itself to bury its favourite daughter.

On Saturday morning it soon became clear that something fundamental had changed. The city was holding its breath and begging for a release from the all-pervading sadness.

But there was also a palpable sense of dread, not only of the imminent funeral but also as to what would happen next.

Life must go on, but many were still very frightened of that prospect.

The five-day period of mourning had brought the British people closer together than at any time since VE Day and there was a sense that while they stood together, somehow Diana lived on.

But reality came crashing in with the sombre tolling of a bell as the funeral cortege, led by six powerful Light Irish Draught horses, left Kensington Palace.

There were heart-rending sobs as the Princess left her home for the very last time.

Like many others, I was unable to penetrate the mourning masses, so I made my way to Hyde Park to watch the solemn procession on the massive screens which had been hastily erected.

I took my place among a sea of people of all nationalities, colours and creeds. Pensioners in mourning suits brushed shoulders with casually dressed tourists, all of them brought together by a common bond.

The writhing mass of humanity may have resembled an audience for a rock concert, but the atmosphere was reverential.

The deafening silence was eerie and awesome, yet it felt entirely appropriate. The only sound was the gloomy clattering of hoofs punctuated by the tolling of a bell, the only sight was the huge casket draped in the Royal Standard.

By the time Diana reached Westminster Abbey the numbers continued to swell, with late-comers finding themselves hundreds of yards from the screen. But still they stood.

Others produced radios and televisions of their own and grateful people keen to follow the service gathered around them.

The feeling was that these terrible events were too momentous to miss. It was history in the making and we were all part of it, though we all so dearly wished that it had never happened at all.

As the service got underway many produced tattered copies of the Order of Service which they had salvaged from the previous day’s newspapers and, unashamedly, many cried openly as the congregation stood to sing ‘God Save the Queen’.

Though doubtless many people were singing the anthem to the monarch in her darkest hour, I got the distinct impression others were thinking of Diana, ‘the Queen of Hearts’.

Emotions continued to run high as the familiar chords of ‘I Vow to Thee My Country’, Diana’s favourite hymn, struck up.

There was a stark contrast between the stirring music and the ghastly spectacle of her coffin, but the crowd remained transfixed.

With the sounds of the Service reverberating in my ears I slipped away to Park Lane to join the orderly queues patiently waiting for the cortege to pass on its final journey to her childhood home at Althorp in Northamptonshire.

People comforted each other as the unforgettable strains of ‘Candle in the Wind’ reached us.

One bystander said that the recent success the Princess of Wales had enjoyed in her campaign against landmines gave the song an even greater poignancy. “A candle burns brightest just before it burns away,” he said.

Dozens of camera crews from all over the world lined the route to record for posterity the funeral of the woman whose brother described as ‘the most hunted person of the modern age’.

Silence fell as news reached us that the hearse had left Westminster Abbey with its precious cargo and was snaking its way through London.

Finally, after what seemed like an eternity, the cortege came into view, flanked by police out-riders.

It was a moment I will never forget, a moment frozen in time. The sleek car before me contained the body of the woman I had seen countless times on magazine covers and television, a woman I truly felt I almost knew.

Quiet sobs broke the silence but they gave way to gentle ripples of applause.

The impromptu show of appreciation was in no way disrespectful. It may have been a ruefully inadequate response, but it was a heartfelt tribute to a woman who had touched people’s lives in so many ways.

The only other sound was the incessant clicking of cameras as people sought, myself included, to get one last picture of the most photographed woman the world had ever known.

Considering the circumstances of her death, I take no pride in the fact that the closest I ever came to seeing the Princess of Wales was through the murky view finder of a camera. I prefer to think that the pictures are no grim momento, but rather a lasting reminder of a day that most of us would rather forget.

As soon as the car roared into view, it was gone, provoking a new tide of tears.

Parting is always painful, but seldom more so than for many on the streets of London last weekend.

As the hearse continued its journey to Althorp Park all that was left in its wake was floral tributes on the road.

Afterwards, with the public phase of the funeral over, the crowds finally began to disperse to follow their own personal pilgrimages to places dear to the Princess during her all-too-brief life.

Many returned to the nearby Kensington Palace, while others made their way to Harrods to show their respects to the Al Fayed family who had also lost their son Dodi on that fateful night.

Just a few yards away on Park Lane stood the apartment where he and Diana had shared many happy times.

I made my way to Westminster Abbey, the scene of the service which had been watched by billions of people around the world earlier that day.

Like the Royal palaces, it too was bedecked with a mass of floral tributes lending the austere building an air of serenity and peace.

The heady scent of thousands of bouquets of flowers beggared description.

Candles flickered and every spare space had been claimed by touching tributes, many of them from children.

It was a similar story at Buckingham Palace where a rich carpet of personal messages and flowers lay two feet deep as far as the eye could see.

As David Dimbleby said, if the Princess of Wales really wished to be known as the ‘Queen of Hearts’, then surely this was her Coronation.

Thousands of people still milled around listlessly under the shadow of a building usually associated with much happier state occasions.

As the sun began to set, the flag hung at half mast.

Diana was gone but the sense of sorrow showed no sign of abating as a beleaguered people fought to defy the evidence of their own eyes.

Only later in my hotel room did the enormity of what I had witnessed really dawn on me.

The Princess I had never known was dead. I bowed my head and silently wept.