'Selfish' sightseers told 'catch yourself on' 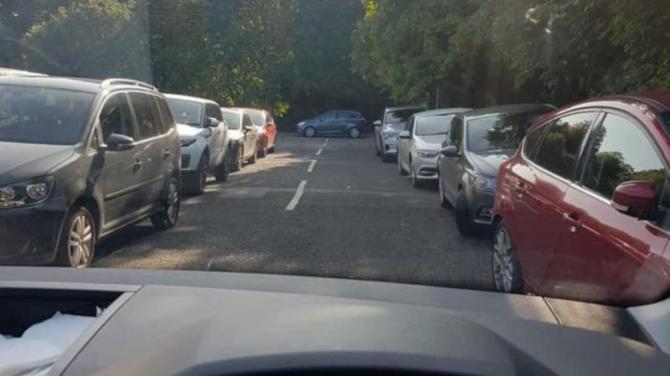 ANTRIM Town Alliance councillor Neil Kelly has expressed anger at those parking cars in the Castle Gardens and the surrounding residential area without any consideration for others.

He said that he has been inundated with complaints from local people unable to access their own homes, who have warned of serious consequences should emergency service vehicles need to get to their address.

He claimed that one brainless driver took their car up a pedestrian path, forcing walkers to dive for safety.

Councillor Kelly said: “I have been contacted by many people over the last few weekends about cars blocking drive ways in Castle Park and cars double parking on the road causing problems for residents getting in and out of their houses.

“One resident told me it would have been an absolute disaster if a fire engine or ambulance had to get to a house there.

“Not only do we have problems in residential areas we also have problems with thoughtless drivers parking anywhere at all in the park itself.

“There were cars parked on the grass at Clotworthy and a car was seen driving up the path that runs alongside the old Massereene Barracks causing people to get off the path so the car could continue on its way.

“Those people who are causing the problem really do need to catch themselves on, there are two large car parks across the road at the police station and Castle Mall which are both free.

“I have raised these issues with Council staff and measures are being put in place to address these issues.

“Large boulders are in place on both sides of the main drive down to Clotworthy and security are in place at the weekends to manage parking in the Castle Gardens and encourage people to park across the road in the free car parks.

“Double yellow lines are also in place to let people know they can’t park there.

“The council have also made it clear on advertising and social media that free parking is readily available just across the road.

“ I will also be contacting Roads service and the PSNI to see what more can be done regarding cars blocking driveways and causing access problems in the surrounding residential areas.

“I know we are in difficult times and with many facilities closed our public parks are now busier than ever which makes it even more important we look after each other and show some consideration for those around us..

“This is a real problem for local residents and those who genuinely want to enjoy the Castle Gardens unfortunately that enjoyment is being ruined by selfish people who have no consideration for others.”