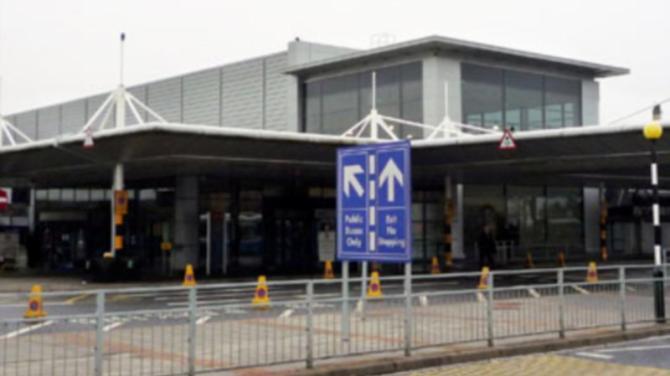 BELFAST International Airport is set to cut opening hours on certain days as a result of the coronavirus pandemic.

The airport will be closed when there are no scheduled commercial flights.

Managing Director Graham Keddie said decisions by easyJet and Ryanair to reduce their routes left the airport with little choice.

It is understood that the airport has requested urgent financial assistance from the Northern Ireland Executive.

Mr Keddie said: “When the first lockdown was announced and all commercial flights were grounded, we were committed to keeping the airport open 24/7.

“This was to keep Northern Ireland connected and to ensure that we remained open for all medical emergency flights, all military and PSNI traffic, the Royal Mail and all cargo flights, including the delivery of online purchases.

Mr Keddie said the decision was not taken lightly.

“As a result we will be closing the airport for a few hours on certain days throughout November when there are no commercial flights meaning passengers will not be impacted.

“We did not make this decision lightly and we are in discussions with the NI Executive for support to ensure we that we will be in a position to welcome these flights back as soon as it is possible.”

Commenting on the news, Mayor of Antrim and Newtownabbey, Councillor Jim Montgomery said: “The news that Belfast International Airport is to commence tactical closures is of significant concern.

“The fact that management consider this unprecedented step necessary, shows the pressures that the airport has experienced during this pandemic.

“I heard those concerns first-hand in a briefing with the airport’s Managing Director in September, and earlier this year I emphasised the strategic importance of the airport for our economy to Northern Ireland Office Minister Robin Walker.

“This news, points to the urgent need for government support to ensure vital airport infrastructure is protected and can recover sustainably, as we know connectivity is crucial for a regional economy like ours.”

UUP Leader and South Antrim MLA, Steve Aiken said: “The news that Belfast International Airport will be unable to maintain 24 hour operations is a matter of considerable concern.

“BIA is our only 24 hour airport in Northern Ireland. The unprecedented break in this coverage will directly impact on the ability to maintain fixed wing air ambulance operations, PSNI Air Support, MoD and freight operations.

“That money is available within the COVID-19 mitigation measures to keep essential communications open demonstrates a lack of understanding by Ministers, and particularly by the Economy Minister, of the vital role that BIA plays for all of Northern Ireland.

“We urge Ministers to get the support to the airport now to restore 24hr operations.”

Paul Girvan, who is the DUP Transport spokesperson in Parliament said: “Right throughout the first wave of COVID-19, Belfast International retained 24-7 operations and it is hugely significant that they have now been forced to take this action.

“Northern Ireland’s connectivity is vitally important to our wider economy, and particularly our links with the rest of the United Kingdom.

“I have been in regular contact with the airport throughout the pandemic and have also raised the issue of airports with both the Treasury and DfT.

“Whilst support for airports does fall within the direct responsibility of the Infrastructure Minister, any decision on funding would obviously need to be discussed and agreed with colleagues across the Executive.

“This announcement however underlines the wider challenges which will face all parts of our economy over coming months.

“These impact of these will be felt across nearly every household and family in Northern Ireland.”

The proposed closures in November are as follows: