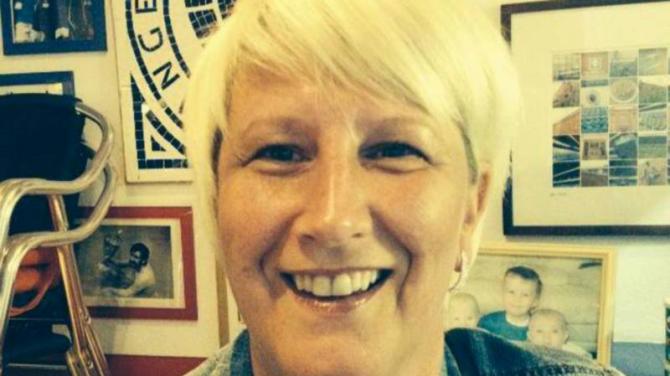 AN elderly man who was robbed of a five-figure sum by cowardly thieves earlier this month has said ‘thank you’ to all those who donated cash and sent well wishes in the wake of the shocking theft.

John Duffin, who is almost 80, was left very shaken after he had his savings robbed in an opportunistic strike on his home in Steeple a fortnight ago.

But, true to form, the people of Antrim mobilised and just a few days later, all the missing money was replaced through donations, raffles, and other fundraising by individuals, businesses and the community.

There was outrage among local people when they heard of John’s plight, as the widower has been living in his home since 1967.

Mr Duffin had just left his home at Oaktree Drive at 7pm on Tuesday November 3, when cold-hearted crooks entered the house and stole his cash.

However the ‘Steeple people’ and others from across Antrim more than stepped up to the mark.

Firms offered goods and services as prizes for various competitions, while people from other estates including Millhouse donated through a door to door collection.

All the funds raised were immediately deposited, and while impressive and generous in such a short period of time, the Antrim Guardian will not be revealing the final total in order to protect the pensioner’s security.

One of the women involved in the fundraising was Angela Wilson (pictured right), who said that the man has lived on Oaktree Drive for over 50 years..

Speaking to the Antrim Guardian last week, she said: “My Mum has been on that street for 53 years and never in her life has she heard of anyone being robbed.

“Whoever did this, they are just total scumbags.

“But the people of the Steeple and the wider area have shown what a generous and strong community they are by helping replace what was stolen.

“It’s been overwhelming how many people wanted to help.

“I don’t want to start naming names as I will forget someone, there are so many people who have donated or organised or offered help and we cannot thank them all enough.

“People were coming up to me and trying to press money into my hand or post it through my letterbox - but all of the money is being lodged, so whoever did this may not think of doing it again.”

Angela said that Mr Duffin had been left ‘really shocked’ but was recovering with the help and support of his neighbours.

She also urged local people to keep their properties secure and well lit.

Mr Duffin said that he wanted to thank everyone who had contributed, and so turned to Angela, who in turn contacted the Antrim Guardian.

“I told him to phone the paper but he is a little shy so I agreed to do it for him,” she said.

“He is so overwhelmed at all the support he has received and cannot thank everyone enough.

“It just goes to show how generous the people of Antrim are and how they pull together quickly when someone is in trouble.

“And as for the people responsible - everyone will be on the lookout for them.”

Angela said that she has been heartened by the outpouring of support for the pensioner and added that while the shocking crime was very upsetting for the whole community, some good may come of it.

“I am a home carer and have always looked out for the older people in my life, but I think people hearing about John’s plight has maybe shocked them into action.

“Our older people often suffer with loneliness and especially now with COVID when people cannot see their family and friends and other people are not leaving the house at all.

“Hearing what had happened to John has made a lot more people aware of people like him living in their communities.

“John now has a lot more people who are going to check in with him, he is getting letters and cards from all over, and indeed I have heard a lot of people say they are going to keep a closer eye on and will be in more contact with their elderly neighbours, so that is great to hear.

“Hopefully when people see the strength of feeling and with other more keen to monitor the more vulnerable people in their communities, crimes like what happed to John will be a thing of the past.”

Angela added: “I cannot take all the credit as there were loads of people going above and beyond to make sure that John was not struggling.

“I just hope everybody sees this and knows how grateful he is to everyone for their help and for thinking of him.

“He was just so overjoyed, it was lovely to see him smile and he was nearly jumping out of his chair with excitement.

“It was really lovely to see.”