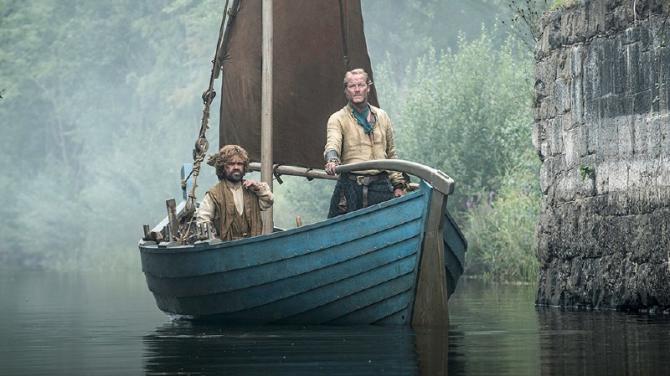 TREES along a picturesque walkway which has served as a Game of Thrones film location are set to be felled on ‘health and safety’ grounds.

Toome Canal Walk will be closed for the duration of the work.

It is understood that TIDAL community group in Toome has been working with Waterways Ireland for some years in order to find a solution to the issue.

The organisation announced late last week to say: “Within the next couple of weeks (to be confirmed) the trees along the right hand side of the canal walk from the main gate to the lock gates will be felled.

“That area will also be re-tarmacked, as it has become dangerous due to tree roots.

“Unfortunately during this time, the area will be closed to the public.

“Please be patient as this necessary work is being carried out.”

It has since been confirmed that work will begin this week.

Local people have taken to social media to voice concern about the course of action.

“Sod the trees, let’s have loads of nice tarmac, a row of stumps and a token replanting scheme that will take years to mature.

“Really short-sighted of whoever thought this was a good idea.

“I can’t bear the thought of it looking so bare while new trees grow.

“It will take years before it looks beautiful again.”

Another woman asked: “Have all alternatives been explored? Such a shame to cut down trees because people have suffered a few minor injuries?

“Surely a sign highlighting rough terrain would save the council from any potential claims?”

One fumed: “Seriously? Are all those beautiful trees being cut down?

“This does not make any sense?

A spokesperson for TIDAL responded: “The roots have become a health and safety issue, several people have tripped and fallen on the roots that have grown across the pathway, thankfully no serious injuries.

“There will be a new planting scheme to replace our lovely foliage with trees who's roots grow less aggressively.

“We can totally understand and feel the same, it’s been pushed back for the past three years as we tried to work with Waterways Ireland to find another solution.

“It is hoped to use the stumps for a lovely creative project.”

The canal was used to portray ‘Essos in Old Valyria in the hit HBO series and saw stars Iain Glen and Peter Dinklage film in the area for a number of days.