With a mental health 'tsunami' building over lockdown, former Minister shares his experiences 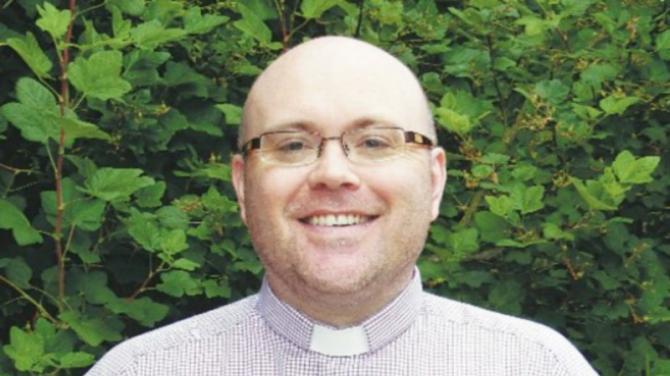 THERE is no doubt that the COVID-19 pandemic has brought challenges to all.

Front and centre, of course, is the virus itself. The soaring death toll has ravaged communities and the fear, even several months on, is tangible.

Long periods of lockdown have also created a perfect storm for people living with domestic violence. When abuse is taking place behind closed doors, can there be a more nightmarish scenario than being forced to batten down the hatches?

And then there is mental health.

Experts have been warning of a ‘tsunami’ of cases left in the wake of the pandemic. Many more, of course, may never be diagnosed let along treated.

For too many people there is still a terrible stigma attached to what is a mounting social problem. Some think they deal with it alone - and the consequences can be shattering for their families.

The truth is that mental health problems can happen to anyone - even pillars of the community who outwardly appear to be perfectly fine.

His parishioners may not have guessed it from his sunny disposition, but he was battling against depression - and in a landmark interview nine-years-ago he decided to share his experiences with his flock and the wider community.

Symptoms include sleeplessness, loss of appetite, panic attacks and mood changes. One in four of us will suffer at some stage in their lives - and the death rate is higher than some forms of cancer.

But unlike most other medical conditions, mental illnesses are often spoken about in whispers and sufferers are stigmatised rather than support.

As he admitted himself ‘feeling bad for feeling bad’ had been a recurring theme in his life since his teenage years.

“At the age of 18 I was studying for my first Marine Biology exams at university in Aberdeen, 150 miles away from home,” he told the Antrim Guardian.

“I had been feeling far from perfect for a while and was becoming increasingly withdrawn. Eventually I plucked up the courage to the GP.

“And to be told my symptoms were typical of depression and that I had a genuine condition was such a relief.”

Scott was prescribed medication and was enrolled on a two-year psychotherapy treatment programme. However, he continued to suffer recurring episodes and two decades on he was re-diagnosed with bi-polar disorder - also known as manic depression.

The condition is characterised by periods of severe depression followed by mania which manifests itself in over work and unstoppable activity - to the point where some sleep just two or three hours each night.

However, Rev Peddie remained determined not to let the condition take over his lie. Indeed, in an attempt to get the community talking about mental illness, he took the brave decision to tell his story.

“I have suffered quite regular episodes over the years and at those times I completely shut myself away. When you are in the darkest of places you cannot rationalise things - you cannot see any chink of light in your future.

“At my lowest ebb I thought it would be better if I wasn’t around any more. Those feelings and thoughts were very difficult not just for me, but or those close to me who felt a responsibility to keep me safe and well.”

Time and time again, however, he stressed that mental illness was ‘nothing to be ashamed of’.

“Mental illness is still seen by many as a sign of weakness or a character failing, despite the overwhelming evidence that conditions such as bi-polar have a biological basis - just like cancer and diabetes and many other common illnesses.

“Why is it, then, that we are more willing to be sympathetic towards someone who has a malfunctioning pancreas than towards an individual who has a biochemical imbalance in their brain?

“It is a form of discrimination that, for some reason, society seems to accept.”

That perception can, of course, be difficult for sufferers to cope with. However, for people like Scott - who are Christians - the harshest criticism can come from within their own community.

“Some church communities are excellent in ministering to those who are mentally ill but many are not, mainly because mental health issues are ‘swept under the carpet’ and not tackled head on.

“This does a disservice to the Gospel message of love, acceptance and understanding.”

He added: “Sadly the Christian community is often the first to judge and the last to change ingrained attitudes. But there are many Christians who suffer from this disease and it is not something that will go away if you pray hard enough.”

However, rather than see mental illness and religion as ‘incompatible’, Scott said the Christian message was positive for both sufferers and those who find mental illness challenging to understand.

“Many influential Christians have spoken and written about depression from first hand experience including reformer Martin Luther, John Wesley, founder of Methodism; and John Bunyon, author of ‘A Pilgrim’s Progress’.

“They recognised that people of faith are not immune to mental illness - a fact that some Christians today still find difficult to accept.”

While faith had played a central role in helping Scott deal with his condition he revealed that the support of his wife, particularly wife Fiona, had been key.

“I like my own space and things done a certain way! But Fiona was so supportive and understanding from the moment we met.”

Children soon followed and becoming a father was the catalyst Scott needed to take control of his condition.

“I quickly realised the potentially devastating effect my illness could have on the boys and made a conscious decision to get on top of it.

“We got some great resources from the Community Mental Health Team and we very open with the kids. The understand that sometimes ‘daddy feels a bit sad’ but that it’s not their fault.”

But they were also very aware that many conditions, including bi-polar disorder, can have a strong genetic link.

“Of course we hope the boys do not develop a mental illness but, if they do, we know the signs and are better equipped than most people to deal with it.”

Sharing such personal details may have seemed, for some some, a drastic measure - but Scott explained that he was determined to dispel some of the fear and misguided beliefs about mental health.

“I have gotten much better about talking about how I am feeling in recent years,” he said. “But it is still hard to expose yourself, to lay your deepest feelings bare for people to judge you.

“But there is so much confusion out there - from those who think mental illness means an individual is dangerous or violent to those who believe sufferers are attention-seeking and should just ‘snap out of it’.”

Public awareness campaigns, he said, are giving sufferers the opportunity to share their experiences and challenge perceptions.

“When we lived in New Zealand mental health was much more on the agenda. TV adverts showed sufferers going about their day-to-day activities - sending out a clear message that mental illness can affect anyone but also that it doesn’t mean people cannot lead full lives.

“The culture here is completely different. People are much more emotionally uptight and suspicious of one another.

“I have been approached by a lot of people who have heard about my experience and want to share their own story. But I know there are countless more who have yet to open up to anyone about the emotional turmoil they are struggling with.”

Reverend Peddie made a heartfelt plea to anyone suffering in silence to take the first step and speak to somebody.

“GPs are seeing cases of mental illness every day,” he said.

“And charities such as Mind and Action Mental Health can provide a listening ear and practical advice.”

Reflecting on how far he had come since he had first confided in his doctor all those years ago, he said his life had changed beyond recognition.

“Back then I could never have predicted how my life would turn out - not least that I would be a minister!

“But despite all the ups and downs I am at a place now where I can accept my condition will always be part of me, but it doesn’t make me who I am.

“Mental illness touches the lives of millions of people around the globe, indiscriminate of their background.

“Some of the world’s most famous and gifted people have been sufferers - from Ernest Hemmingway to Hans Christian Andersen.

“It is time people started talking about this epidemic and making meaningful steps forward to support those who are suffering.

“I hope I can make a contribution, however small, by sharing my own story.”

And in light of the coming storm, those conversations have never been more important.