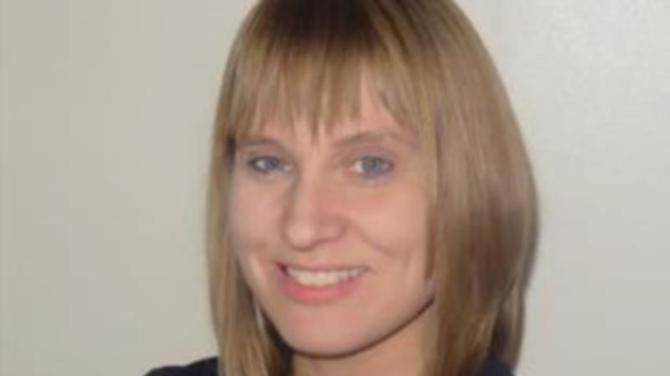 A RANDALSTOWN historian has written a book on the middle classes of Victorian Belfast.

And Dr Alice Johnson has said that society can learn from their example as the we tackle the economic impact of Covid-19.

Alice lectures in history at Belfast Metropolitan College and is a Visiting Scholar in the Institute of Irish Studies at Queen's.

It also profiles Belfast campaigners for women's rights and education including Isabella Tod.

Like nearby Antrim, Belfast was made an industrial powerhouse by the linen trade.

“By the mid-19th century, it was an industrial and manufacturing powerhouse and the largest port in Ireland.” she said.

“By the end of the century, Belfast was Ireland's biggest city and the world's largest linen producer.

“Its shipyard rivalled the great shipyards of the world, and it had a huge engineering sector.

As part of a PhD at Queen's University, Alice compiled a database of 800 people who held office and membership of bodies such as the Belfast Council, the Harbour Commissioners, and the Chamber of Commerce.

“These were the people who controlled the affairs of Belfast and who shaped its growth.” she said.

“I examined this group forensically, looking at their origins, family background, where they came from, where they were educated, their wealth, religious denomination, what parties they voted for,”

She has mined personal diaries, letters and memoirs to depict the lives of wealthy families like the Corrys and Workmans.

Published by Liverpool University Press, Alice said that the book redresses a historical imbalance which had overlooked the city’s economic importance in Victorian times.

“Until fairly recently, Irish historians have focused mainly on national questions of politics and - when attention has been turned to the north of Ireland - religious, sectarian and political divisions.” she said.

“This approach has ultimately obscured the 'other Belfast': the successful, commercial, industrial town which formed an integral part of the British and imperial economy and which traded on a global scale.”

She added that civic leaders and business people could learn from the example of the Victorians as they navigate their way through Covid-19 restrictions and the economic hit on the city.

“The current lockdowns are a huge challenge, and will test the city to its limits.” she said.

“We will have to channel the resilience and ‘can-do’ attitude of our forefathers and mothers to revive Belfast and fulfil its potential in the years to come.”

Publisher Liverpool University Press says this book ‘vividly reconstructs the social world of upper middle-class Belfast during the time of the city’s greatest growth, between the 1830s and the 1880s’.

“Using extensive primary material including personal correspondence, memoirs, diaries and newspapers, the author draws a rich portrait of Belfast society and explores both the public and inner lives of Victorian bourgeois families.” it says.

“Leading business families like the Corrys and the Workmans, alongside their professional counterparts, dominated Victorian Belfast’s civic affairs, taking pride in their locale and investing their time and money in improving it.

“This social group displayed a strong work ethic, a business-oriented attitude and religious commitment, and its female members led active lives in the domains of family, church and philanthropy.

“While the Belfast bourgeoisie had parallels with other British urban elites, they inhabited a unique place and time: ‘Linenopolis’ was the only industrial city in Ireland, a city that was neither fully Irish nor fully British, and at the very time that its industry boomed, an unusually violent form of sectarianism emerged.