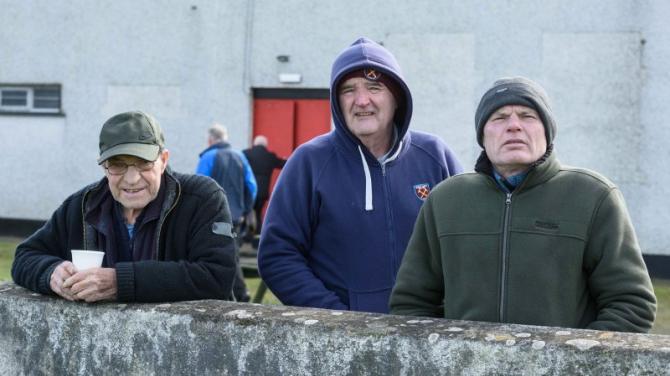 ONE of Antrim’s best known sporting personalities has passed away.

Hugh Smyth died peacefully at home on November 20, surrounded by his loving family.

He is survived by wife Margaret and children Michele, Debbie, Margaret, Hugh and Stephen.

Due to the current circumstances the house and funeral today (Tuesday) will be for family only.

Donations in lieu of flowers may be made to NI Chest Heart and Stroke through Bairds of Antrim.

Mr Smith moved his family to Ballycraigy from north Belfast in 1975.

With many newcomers being drawn to the town to work at Enkalon or escaping from conflict in other areas - and having played for clubs including Dunmurry Rec and Wolfhill - Hugh soon became instrumental in establishing a football team in his home estate and developing a league with teams in other areas of the town.

As well as Antrim and District and the Ballymena Saturday Morning League, Hugh was heavily involved with Chimney Corner Colts, helping the team to victory in the O’Kane Cup, as well as Enkalon and Abbeyview.

He was also involved in taking the first Antrim sides to the fledgling Milk Cup competition in the early 1980s.

Hugh went on to be a match official at the event and even when he was unable to continue that role, enjoyed his annual trips to the tournament to spectate.

Son Stephen said: “He was into football from no age, he lived and breathed football, he gave young footballers a lot of good opportunities and experiences, but he never sought recognition and avoided the limelight.

“He was so well known, when he went up the town, even in old age, he was gone hours, as people would stop to talk to him and he was happy to oblige!”