The local Presbyterian Minister who refused the Irish Presidency 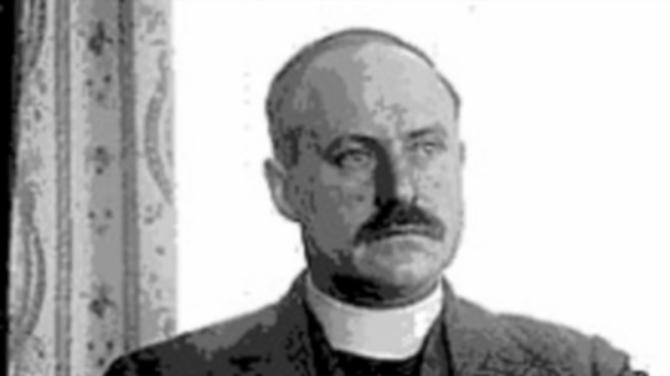 SOME stories which I have investigated are stranger than fiction...

In fact the story I am about to tell reads like something in a movie - and strangely, or perhaps on purpose, it is not included in any history books on Antrim.

Rev James Alexander Hamilton Irwin was born in Feeny, outside Derry, and he was educated at Magee College which was set up as a Presbyterian place of learning by Rev Magee’s widow to memorialise her husband.

He went on to study at the University of Edinburgh.

Irwin was ordained on November 1903 at Killead and stayed there until 1926.

One would imagine that 23 years of service in one church should have been enough to ensure the love and fellowship of the whole congregation and book his place in retirement within the Antrim Area.

That was not the case with Rev Irwin!

The early 20th century Ireland saw an underground ecclesiastical split within the Presbyterian Clergy on the issue of Home Rule.

Irwin was a fervent Home Ruler and probably supported the Alternative Covenant headed by Ballymoney`s Home Rule supporter Rev Armour - though this has yet to be confirmed.

After the 1916 rising he switched from the principles of the Liberal Home Rule to the Republican cause under his soon to be great friend Eamon de Valera.

In March 1920, as Minister of Killead Presbyterian Church, Irwin offered himself as a spokesman to go to America to speak on Eamon de Valera’s platform - presumably because the Protestant Churches sent a delegation to oppose de Valera's fund-raising efforts there.

He arrived in America in March 1920 to passionately present the case for Irish Protestants in favour of self-determination for Ireland.

And it did not go unnoticed. The Philadelphia Irish Press were keen to put the spotlight on the local Minister.

“Dr Irwin emphasized the fact that if Britain would withdraw her present army of occupation from Ireland not one hair upon the head of a man, woman or child would be injured in any part of Ireland,” they said.

“He strongly denounced the oppression and cruelty of the present ‘Reign of Terror’ and said he had traveled these thousands of miles not in the cause of humanity alone, but in the cause of Christianity.”

When he returned home in January 1921 he discovered a congregation divided.

While he still commanded the support of many, while in America the Unionists had started a smear campaign against him.

His home at Killead was raided and ‘supposedly’ guns and ammunition were discovered.

It caused a sensation and soon hit the headlines.

According to the Fermanagh Herald the haul included ‘a farmer’s gun for which there was no ammunition, and a revolver which would not revolve, with ammunition that would not fit it’.

As a consequence he was arrested and tried. He was found guilty and sentenced to two years imprisonment.

The press on both side of the Atlantic led with the arrest of an Antrim Presbyterian Minister - the first since 1798.

Rev Irwin spent some of this time at Crumlin Gaol and Ballykinlar Internment Camp. But information which came to light recently suggest that a significant portion of his jail time was spent at the rather more luxurious Dunore House outside Antrim.

In October 1926 Irwin left for Scotland and ministered in St Michael’s Parish Church, in Edinburgh.

He lived and ministered in Lucan, County Dublin.

In 1937 Irwin was consulted by De Valera about the composition of the new constitution of Ireland and appointed to the Commission on Vocational Organisation from 1939–43.

Later he joined Fianna Fail and served on the party’s National Executive from 1945 until his death in 1954.

He was offered the opportunity by Fianna Fáil to stand for the Presidency of Ireland but declined to do so.

Truth, it seems, can indeed be stranger than fiction!