How Brian became King of the Mill! 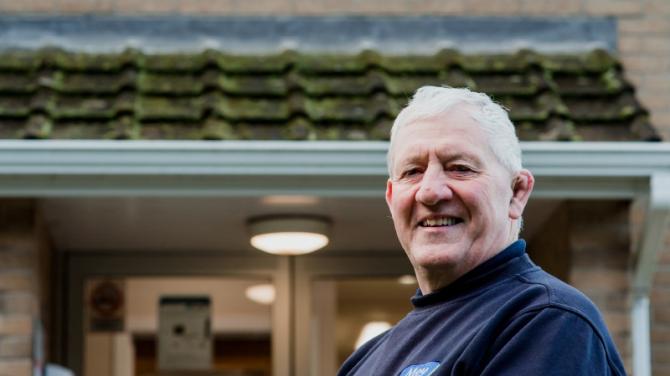 THERE’S not a lot you could tell Randalstown man Brian McAlynn about the mill business - for he has lived and breathed it for an astonishing 55 years!

It has been quite a journey and this week he has reflected on an extraordinary career in his home town.

Moy Park acquired the McLarnon business and its feed mill in 2010 through its purchase of O’Kane Poultry, and since then it has invested in the local feed mill to make it a dedicated poultry facility.

That required some changes, of course, but then there have been plenty of them in the life of Brian!

“I left secondary school at sixteen and my first job was working in the Old Bleach Linen factory in Randalstown, where I helped the weavers produce linen tablecloths,” he recalled.

“I then accompanied my father into the building trade.

“I remained there until one of the neighbours recommended me to Mr McLarnon - back then the Randalstown Mill was known as GE McLarnon and Son.

“He came to the house on two occasions to see if I would like a job in the mill, took me under his wing and I've never looked back since!

“When I started on the 5th September 1965, my first role was a ‘helper’ on the flat lorry, loading and removing the raw materials that came in from the docks and some of the other mills in Belfast.

“The lorry had a container that fitted on the back which meant it could also draw in bulk materials.

“I was eager lad though, trying to learn as much as I could to do other roles too, and this helped me becoming part of the mixing team and I was soon covering holidays and sick days on the mixing side.

“When I first started, the mill mostly produced pig feed, as back then local farmers reared a lot of pigs and the ruminant feed was brought in from the Belfast mills and sold out again.

“The mill then invested in a roller, mixer and press where we bruised farmers’ own barley and mixed it with various materials to produce a balanced ruminant diet to satisfy the farmers’ need.

“O’Kane Poultry soon approached Mr McLarnon in 1978 with reference to supplying some mash feed for their chickens, which we took on board and further down the line O’Kane invested in the mill in 1980.

“It was then decided a new mill would be built and in 1984 I was there to see the process lines develop and had a good understanding of the way the mill would work.

“Once work on the new mill was completed, I was asked if I would take on a production role.

“I was trained and carried out the role for several years before stepping into the position of foreman.

“As the demand grew for chicken and ruminant feed, we recruited additional staff and I was promoted to Mill Manager - a position I hold to this day!

“I also look after the maintenance of the mill and any new projects that take place, as well as leading the Health and Safety and Environmental teams making sure that we comply with all legislation.

“When I first started, the mill was mixing approximately six tonnes a day, and this was all manual labour.

“As time passed by with modernisation, we were able to produce 300 tonnes a week and now with the new mill being built - with investment in new plant and computerisation - we can now produce 8,000 tonnes a week comfortably, with eight hours set aside for maintenance on a Saturday.

“It’s been quite a journey - from tossing sacks of the back of a flat bed lorry to becoming one of the most sophisticated mills locally - and as much as technology is to thank for that evolution, it’s the people who make the mill what it is.

“It is the people and sense of community that brought me job satisfaction and joy over the last 50 years.”