St Comgall's Church and the birth of Silent Night 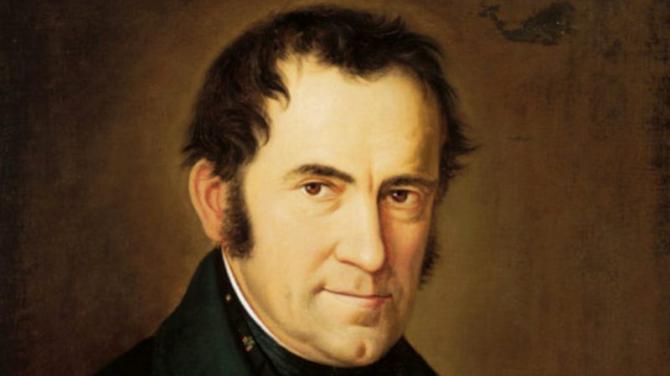 FOR many people the gentle refrain of ‘Silent Night’ is the very epitome of Christmas - but for one congregation in Antrim it means so much more.

The song’s power is undeniable and its reach unprecedented. It has been translated into 140 languages and is a staple wherever carols are sung.

It is also the song that brought warring troops together in 1914 - men divided by language temporarily united by its simple plea for peace.

It feels like Silent Night has been around for ever, but in truth it is just two centuries old - precisely the same age as one of Antrim town’s religious pillars.

The foundation stone for what is now St Comgall’s was laid on November 19, 1818 - at the very same time organist Franz Gruber was penning the music to accompany words by Josef Mohr.

Both the song and the church have stood the test of time.

The church may be about building a relationship with God rather than the buildings themselves, but there is no doubt that the imposing edifice has carved an indelible mark, standing as a proud symbol of faith - often in the face of terrible adversity.

Who knew, for example, that it was built brick by brick over the shell of another church?

Or that stones rejected by the builders were used - or so legend has it - to construct the equally striking Protestant Hall on Railway Street.

That it was even built at all is a minor miracle.

Before becoming a Parish in its own right, Antrim was part of Drummaul but by the beginning of the 17th century things looked bleak.

The Penal Laws designed to drain the influence of the Catholic Church’s power from Irish society were biting hard, sounding the death knell for many congregations - and local families were caught up in the purge.

The penalty for allowing Mass to be celebrated in one’s house was prohibitively high at £30. In the unlikely event that you were able to pay there was also the small matter of a year behind bars.

The people were understandably afraid, but necessity is the mother of invention and they learned to improvise.

So local Catholics gathered to celebrate Mass in the open, with regular services heard at Tornarush near Randalstown, at Kilbegs in Milltown, at Magillstown race course between Antrim and Shane’s Castle and at Shilvodan near Tannaghmore.

The first recorded Pastor in Antrim was Father Daniel O’Mulhollan who watched over the Drummaul flock from 1704.

A widower, he had a large family before he was ordained in Kilkenny in 1687. He now rests in Drummaul cemetery.

By the start of the 19th century it became clear that Antrim would soon need a church of its own and in 1817 it was Father Bernard McCann who got the ball rolling by opening the fund.

He was clearly a persuasive gentleman, for by Christmas of the following year the foundation stone was laid.

Father McAuley was appointed Parish Priest the following February and by June 19, 1820 it was complete and consecrated by Bishop McMullan.

The final cost was a princely £1,400 which was raised by subscriptions.

It accommodated 600 people with 60 ‘seat holders’ afforded the privilege of sitting in the raised gallery while the rest stood on the earthen floor.

Owning one of those lofty seats did not come cheap, however, costing £2 16 shillings - though it is worth noting that Lord Massereene purchased one for the servants at Antrim Castle.

Though a vast improvement it soon became evident that the church was still not big enough, so within decades plans for a fine new building took shape under the watchful eye of Father Henry O’Loughlin.

It was to be a huge project - with a budget weighing in at a hefty £9,000 - but with the architects, builders and the congregation all singing from the same hymn sheet work finally got under way in the late 1860s.

The decision was taken to build the new church around the old to allow services to continue during the complex construction process, before removing it stone by stone.

There were reminders too of its modest beginnings, with the beautiful statue of the Virgin Mary which stood at the entrance of the 1818 church smiling down from the southern gable niche.

The distinctive black stones were hewn from Hart’s Quarry at Magheralane and each piece was inspected by Father O’Loughlin.

Rumours persist that those rejected found their way to another very different development on Railway Street!

The two masons who took on the back breaking church project were Henry Madden from Randalstown and James Loughlan from Antrim and they worked with sculptor Samuel Percy from Kells and carpenters James Kennedy and John Fergus from Randalstown.

Completing the team were labourers Carlton and Hopkins, from Dunsilly and Duneane respectively.

Incredibly, this small team created a building that would change the skyline of Antrim forever.

During the long construction process Father O’Loughlin resided in the sacristy of the old church, long before the Parochial House was built.

Indeed, such was his devotion to the area that he dearly hoped his earthly remains would stay there.

He built a crypt below the front porch - which was discovered during renovations in 1970 - but it remained empty as the local priest passed away during a fundraising visit to the United States.

The church was finally consecrated by the Most Rev Dr Dorrian, Bishop of Down and Connor, on October 30, 1870 and just three years later the Parish of Antrim was born.

Saint Comgall was the founder of the Abbey at Bangor but in 822 when the Danes plundered the majestic building the relics of the Saint were transferred to Antrim - a move he foretold before his death.