Antrim mourns the passing of a man who made his mark 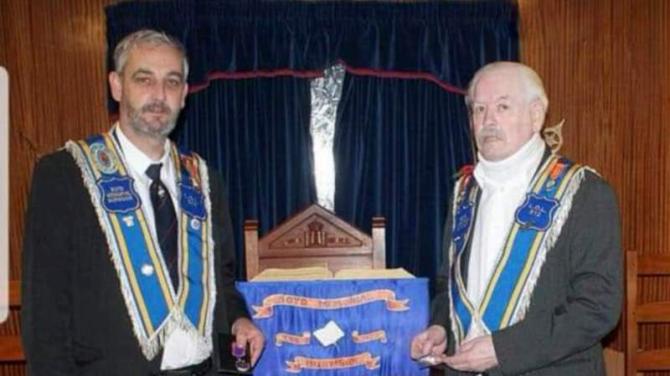 ANTRIM is mourning the sad passing of one of its best known sons.

Norman Henry Young was born in Dunadry on July 23 1937, the son of Elizabeth and John.

He was brother of Jim, Joe, Denis and Phylis. Sadly Phylis and Denis both passed recently.

Norman was a great sportsman in his early years.

He played darts for the Ulster Bar and Pickens in the Randalstown League.

Over the years he amassed well over 100 cups and trophies.

Norman was also a member of Antrim Angling Club and was a familiar face along the river.

He was a long-standing member of the Loyal Orders too. Norman was is former past chairman of Antrim Apprentice Boys of Derry Murray Club and a member of Boyd Memorial LOL 312 Burnside.

He also walked with RBP 318 Burnside and was a member of Royal Arch Purple LOL 312.

He had a lifetime passion for Linfield and Leicester City football clubs. Indeed, he often attended Windsor with his son John and grandsons Murray and Norman.

The highlight of his day was his ‘wee flutter’ on the horse racing.

He was also a keen collector of old motorbike images.

Losing his wife Mary a few years ago had a long-term impact on Norman. Their romance had blossomed in the old Billy’s Cafe.

Many people from across the country converged on Antrim on December 10 to pay their respects, such was the esteem he was held in.

Norman is survived by his sons Norman and John, daughters Elizabeth and Anna and his many grand and great grand children.