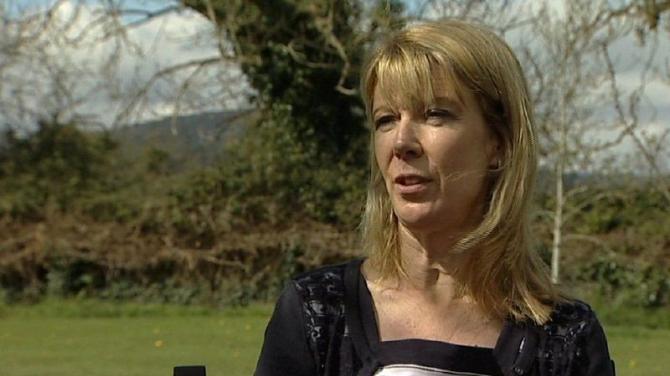 THIS year marks the 35th anniversary of the world’s worst nuclear catastrophe - and an Antrim woman was caught in the fallout.

Decades on, former Antrim Grammar School student Julie Bond admitted that she was still living in the dark shadow of Chernobyl.

On that fateful day in 1986 a routine systems test on reactor number four soon became anything but when a series of power surges forced a reactor to rupture, sparking a deadly chain reaction.

Soon the huge power plant near the city of Pripyat was rocked by explosions and fires, which sent plumes of highly radioactive fallout belching into the sky.

Over 350,000 people were evacuated from the most severely contaminated areas of Belarus, Russia and Ukraine.

Thirty-one workers were killed instantly, but it is estimated that the toxic cloud went on to claim the lives of 4,000 people or more.

It was an incident that would be forever seared on Julie’s memory - though at first she admitted she was initially oblivious to the unfolding human tragedy.

Ireland’s only female survivor was just 20 when she found herself 20 miles away from the most dangerous place on earth.

Julie Gilpin, as she was then, had been studying in Kiev as part of her Degree course in Linguistics and International Studies - and she revealed that the Soviet Government instantly went into ‘lockdown’ about the scale of the disaster.

Unimaginable in the days of social media and rolling news, media outlets were effectively silenced - to such an extent that the 20 UK students were unaware of the invisible menace around them.

“It happened on the Saturday and we knew nothing about it until Monday, and even then because one of the girls had heard something from home,” she recalled.

“In the meantime we had gone to a football match on the Saturday night and we had come home soaked because of the drizzle.

“With hindsight it was probably not the best idea.”

The next day the students were taken on a visit to the outskirts of Kiev - a trip that took them even closer to the epicentre.

But this was not a story that could be contained forever.

“On the Monday evening our door burst open and a girl raced in. She said ‘there’s been a nuclear disaster. Shut the window’.

“Of course there was a lot of fear. We didn’t know what was going on and that only made matters worse.”

With the Soviets trying to downplay what had happened, the then British prime minister, Margaret Thatcher, was among those insisting the UK students returned home as quickly as possible.

Julie said the lecturers at Surrey University, where she was studying languages, were concerned and contacted the UK government.

The students were then sent home on a special British Airways flight as the result of a ‘direct order from Margaret Thatcher’, according to Julie.

“When we got into Heathrow, we had a complete health check.

“Some of our clothing was removed, including my jumper, because it read over 100 on the Geiger counter, that measures radiation.

“We were all told that we were fine, but that perhaps it might be a good idea to have a health check in five or 10 years.”

Sadly Julie, who has since moved to County Wicklow in the Republic of Ireland, has since suffered medical problems.

In the years since the Chernobyl disaster, she gave birth to three children and had her thyroid removed because of cancer.

Her son Ricky has Down’s Syndrome, and despite what the medics say, she suspects it may be too much of a coincidence.

“Back then, when I had my thyroid removed in 2002, the surgeon said to me that they weren’t able to tell whether the cancerous thyroid was caused by radiation or whether there was another reason,” she said.

“The oncologist was very dismissive of the Down’s Syndrome.

“He said it was stuff of nonsense, that loads of people have children with Down’s Syndrome.

“I think medics seem to be very quick to say it’s nothing, which is great if it’s not, but I don’t know if that’s true.”

Julie said it has always surprised her that no-one in the medical profession pursued what happened subsequently to her and her fellow students.

“I just think there should have been a follow-on, even out of medical curiosity,” she said.

“I’m surprised they just let us all drift off.

“I did try to contact the university a few years ago, but the department I did my Degree in is no longer in existence, so there was no-one in any position to help at all.”

And it undoubtedly true that the lack of medical curiosity is rather curious in itself.

Why were young people not routinely assessed? Why was the long-term impact of radioactive not tracked to inform any similar events in the future.

It seems a veil of secrecy was carefully drawn over that fateful day in 1986.

The true health consequences of the Chernobyl nuclear disaster may never be known. And that is a truly terrifying prospect.