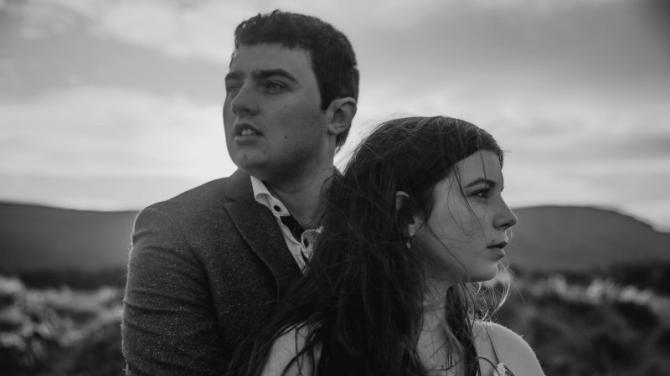 AN ANTRIM musician is celebrating after being shortlisted for a top award and for topping the charts in South Africa!

Victoria McClements (20) from the Dublin Road was nominated for the Urban Jungle’s Heroes 2020 competition by her mum Audrey.

The UK-wide competition is seeking to reward young adults who have helped in their communities during the pandemic.

Victoria, no stranger to the pages of the Antrim Guardian since she first hit the headlines as a child star, suffers from a rare, life-threatening illness and had no option but to shield for 12 weeks with boyfriend Conor and her granny and grandad, as Audrey is a key worker.

A day after she celebrated her 12th birthday, Victoria became the first female child in Northern Ireland to be diagnosed with the life-threatening condition Addison’s disease.

Undaunted, she continued to chase her dream of being a stage performer and has appeared at the Waterfront Hall, the Grand Opera House and even sang for the Queen at her Diamond Jubilee.

Jimmy Williams is CEO of Urban Jungle, the company which is running the competition.

“We wanted to meet the people, hear the stories and give thanks and recognition to those who have helped us all through.

“Whether they went shopping for an ill neighbour, took up the slack at work when others couldn’t or have been on the front line, we wanted to find those young adults and share their inspiring stories.”

The winner of the competition, announced on February 1, will receive a £250 Amazon voucher and become Urban Jungle’s 2020 Hero. Four finalists will also win £50 Amazon vouchers.

Audrey said that Victoria and Conir, who have just released their first album, Out of the Darkness, entertained neighbours and Facebook followers from their garden, while dedicating songs to the NHS and frontline workers.

“Being singers, Victoria and Conor set up their sound system in the garden every Thursday evening and entertained the neighbours, as well as their Facebook followers, while dedicating their songs to the NHS and frontline workers.” she said.

“A special moment occurred when one of the nurses who saved Victoria’s life back in 2012 made contact and thanked Victoria for her selfless act every Thursday evening.

“Her songs were reaching those who were helping save lives.

“With no income since March, Victoria and Conor have recently created their own duet – Bello Duo – and have released their first album: ‘Out of the Darkness’.

“Victoria has never allowed her illness to dictate what she can and can’t do with her life, despite the daily struggles she goes through, and she will always be my hero!”

And now the talented couple have scored a number one chart position in South Africa.

One of the tracks on their album - a reworking of the classic Danny Boy - has hit the number one spot on iTunes vocal chart in South Africa.

“We were pretty shocked when we got the news last week and we were kind of mindblown not only to get a number one, but in South Africa of all places,” Conor explained.

“We are targeting countries like Australia and America with a strong Irish connection but we haven’t targeted South Africa so it just shows you you never know who's listening or who is going to really like it.”

Conor and Victoria are wedding singers by trade but it was lockdown that saw the creation of Bello Duo and put them on the road to success.

Victoria said: “Conor and I came to my grandparents’ house to isolate and we obviously went out every Thursday night to clap for our NHS and frontline workers and when the neighbours found out that we sang, they said ‘maybe you could do a little song for us’.

Conor added: “People’s reaction to a couple singing in harmony, it maybe gave us the drive and motivation to go and try and make it into something.”

The couple describe the album as a mixed bag of uplifting tunes to help us through the pandemic.

While their now number one recording of Danny Boy showcases their musical talent - the video also shows off Northern Ireland.

“We were on the edge of a cliff near the Giant’s Causeway. It was filmed in December and it was minus two,” said Conor.

Victoria added: “Unbelievably cold, my heels were sinking into the muck and sand, it honestly was a hectic day,

“We're working very hard already on the next album, and some original music this time, we’ve got a little taste of what could happen now, so we’ll work as hard as we need to get there.”