Britain off the menu for Lough Neagh fishermen 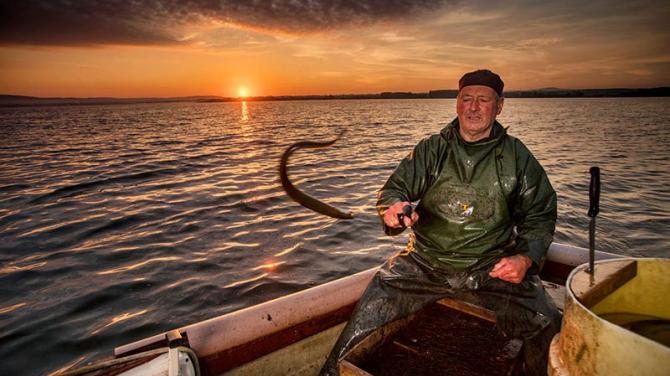 Eels have flourished in the local waterway, but that is not the pattern elsewhere - and, in effect, local crews have become victims of their own success.

European eels are an endangered species and the EU has rigidly banned sales with any country outside the European Union - and, post-Brexit, that means Britain.

And that means the local fishermen must now find new markets for 50 tonnes of eel worth a cool £500,000.

Traditionally, the bulk of those went to the world famous Billingsgate Market in London where they are sold as jellied eels.

Re-stocking has also emerged as an issue under the new arrangements.

Traditionally the juvenile fish - known as glass eels in the trade - were imported from Britain.

However, they can no longer be imported over the Irish Sea - to the consternation of major suppliers like Peter Rood, who is based at the River Severn.

“We always thought Northern Ieland was a bit of a home market. It was a handy place to have,” he said.

“We could ship glass eels from the River Severn to Lough Neagh in an hour-and-a-half, right on our door.

“Of course, now we find with the Northern Ireland Protocol, it could be in the middle of the world as far as we're concerned.”

In the meantime, replacement fish for Lough Neagh may be sourced from France but may not be available in the same quantity and are likely to cost more.

There is also likely to be additional cost for the fishermen's co-operative if it has to fly its eels to the Netherlands from Dublin, rather than from the nearby Belfast International Airport, to adhere to the terms of the EU's eel trade restrictions.

Some 200 fishermen catch about two million eels a year from the lough.

A spokesperson from the Department for Environment, Food and Rural Affairs confirmed that they were fighting the case for the fishermen.

“We continue to work closely with the sector to strengthen the case for trade to resume - and will reapply to the commission shortly,” a spokesperson said.