Fury as killer Stone is freed 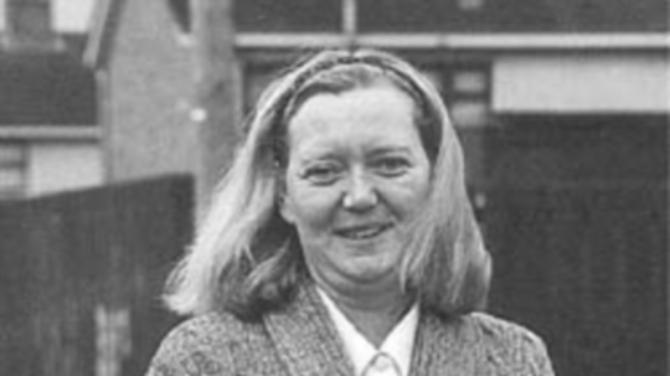 THE release of loyalist killer Michael Stone will re-open painful wounds for a former Antrim councillor whose father miraculously survived a nakedly sectarian murder bid in 1987.

Stone, one of the most notorious paramilitaries of Troubles, was jailed in 1989 after being convicted of six murders and five attempted murders.

He was released in Millennium year under the terms of the Good Friday Agreement but was thrown back behind bars six years later when he attempted to storm into Stormont armed with an axe and explosives.

Stone was later convicted of attempted to murder Gerry Adams and Martin McGuinness - despite ludicrous defence claims that it was ‘an act of performance art’.

Few could forget the dreadful spectacle of his previous blood-spattered canvas when he mounted a gun and grenade attack on a republican funeral at Milltown Cemetery in March 1988 which left three mourners dead - the carnage captured for posterity by TV news crews.

But this week Michael Stone is once again a free man.

Back in November Northern Ireland’s highest court ruled that he could apply for parole.

Keeping him in prison until at least 2024 would, said the court, ‘constitute an interference with the physical liberty of the prisoner and could only arise under clear authority of the law - and in its view that could not be implied,

Families of his victims were outraged. The man who had robbed the of their loved ones was being allowed to move forward with his life.

Similar emotions were expressed by Pauline Davey-Kennedy (pictured right) when the serial killer walked free in 2000 - the very year she won a by-election to claim her seat on Antrim Council.

For her, this was personal because Stone had tried to murder her dad.

John Joe Davey was a leading republican who had played an active role in the failed IRA campaign in the 1950s.

He later moved away from operational duties and devoted his energies to politics, eventually becoming an outspoken figure on Magherafelt Borough Council.

In 1987 DUP man William McCrea, who was the MP for Mid-Ulster before beginning a long run in South Antrim, created a political storm when he used the privilege of the House of Commons to brand Davey ‘an active terrorist’.

Stone later admitted that the prospect of killing the republican rep ‘excited’ him. In a disturbing portent of what was to come he saw the murder as the perfect means to lure Provisional leaders to a remote cemetery. And for him that was the bigger prize.

After studying Davey’s movements, Stone hatched a plot to trap his prey and he moved in for the kill. On the evening of February 9 198 he and an accomplice lay in wait to ambush their target near his home as he drove to a council meeting.

The plan was for the second gunman to spray the car with bullets, allowing the seasoned killer to deliver the fatal shots to his victim’s head.

But his accomplice’s gun jammed allowing Mr Davey to roll from his car and to the ground. He instinctively ran back towards the house, with Stone in pursuit peppering the building with bullets.

Concerned for the safety of his family, the intended target then took to the fields where he stayed until his would-be assassins fled.

Two years later John Joe Davey was targeted yet again - and this time there would be no escape.

Stone later said that the murder was ‘particularly pleasing’ because he had helped train the gunmen.

“I might have failed in my attempt to kill him but I knew he would be hit sooner or later,” he said.

“I was pleased the people I was associated with got the job done.”

Reducing the murder of a man to a job that has to be done is callous in the extreme, but then Michael Stone by this time was a man who revelled in his reputation as a ruthless killer.

And speaking in 2000 after he strolled from Maze, Pauline Davey-Kennedy was not convinced that he would slip back into his murderous old habits.

Speaking exclusively to the Antrim Guardian she said the release had caused ‘deep distress’ to her family. They struggled to forgive or forget. To that day the bullet holes still studded the wall of her mother’s house.

“For me personally this is a very sad day, and it is very traumatic for my mummy. I spoke to her abut his release on Sunday night and she found the whole thing very upsetting.

“Michael Stone has show no remorse for what he did. He still seems to be filled with hatred.”

She added that she was disturbed by the scenes of celebration that met his release which seemed to cement his ‘folk hero’ status among hardline loyalists.

“Through his interviews and the book he helped to write he seems intent on glorifying himself. But people like him and Johnny Adair should consider the consequences of their supporters’ triumphalism and shows of strength. They seem to have forgotten that they are supposed to be supporting the peace process - the very process which gave them their freedom.”

The mass release of prisoners undoubtedly saw the return of some very dangerous individuals to the streets - and Pauline Davey-Kennedy was mindful of that.

“The release of all political prisoners is very important and I welcome it. But I must say that I remain concerned that some of the people who have benefited from peace could threaten it for us all. We must all remain very vigilant.”