Putting local life in the picture 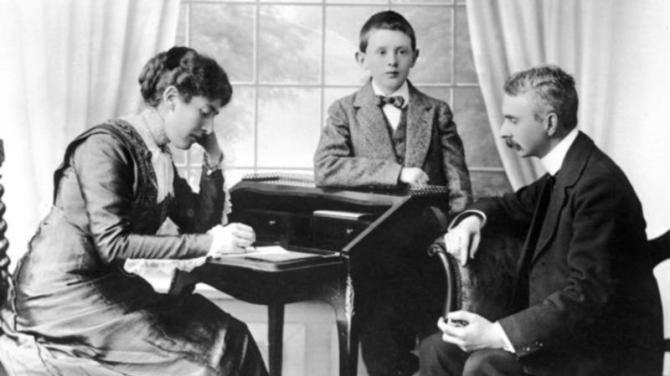 EVER noticed the blue plaque outside Dunmore House on the Belfast Road in Antrim and wondered what WA Green had done to make his mark?

For the uninitiated, the details are rather thin on the ground. Apparently he was a photographer and he died 63-years-ago.

But the Ulster History Circle knew that William Alfred Green left behind a fascinating body of work that captured for posterity a rapidly disappearing way of life.

So who was he?

WA Green was born into a Quaker family in Newry. His father had a tea and grocery business and his great uncle, Forster Green was a successful Belfast tea merchant whose family’s fatal experience with tuberculosis prompted him to endow the Hospital that bears his name on the outskirts of Belfast.

A bright lad, Green was a boarder at Friends School in Lisburn.

When his parents died, he moved to Belfast and was employed for a while by his great uncle.

It is understood that ill health caused him to leave the business - but it proved to be a blessing in disguise as it allowed him to pursue his true calling.

He was a keen member of the Belfast Naturalist Field Club and was later a Fellow of the Royal Society of Antiquaries of Ireland.

Green was apprenticed to Robert John Welsh (1859 – 1936), a professional photographer. His mentor was a prolific as he was talented - his eager eye catching immortal images of the Titanic among hundreds of others.

Green was an eager student and eventually he set up his own photographic business, first in Belfast in 1910 and later in his adoptive home in Antrim.

He published two series of postcards of ‘Irish Views’, called the ‘Wagtail’ series, a pun on his initials. Soon demand was high for his razor sharp, impeccably lit images.

His work ranged from lantern slides for educational purposes to photographs for postcards, advertisements and book illustrations.

Although his formal work is still much admired, Green is perhaps better known nowadays for the photographs he took in pursuit of his personal interest in old rural crafts and customs; scenes of country life, of flax and corn processing, carpet, wool and linen weaving, clay pipe and china production, fishing around Lough Neagh and much else besides.

He carried out much work of this type in the area around Toomebridge, as well as capturing the buzz of Fair Day in his home town.

The high quality of his work is demonstrated by its continued publication. Indeed, some of his prints now hang in Antrim Hospital.

Green and his wife suffered a personal tragedy with the accidental death of their only child, Edmund, in 1921. He retired in the mid 1930s, remaining in Antrim until his death in 1958.

His collection is now in the Ulster Folk and Transport Museum at Cultra - and as the buildings and places he captured slowly disappear forever, surely its significance grows.

Thanks for the memories, Mr Green.