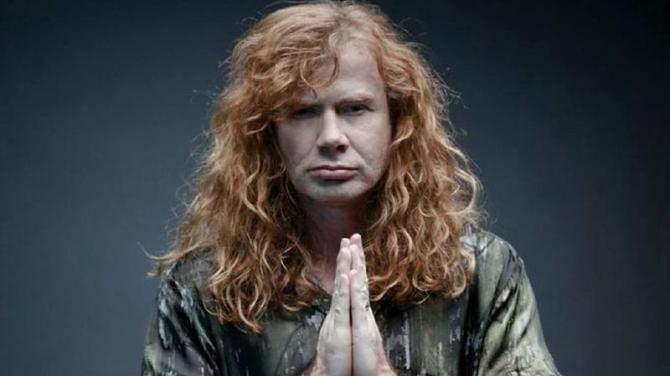 In the 1970s music fans still had the trusty home grown show bands - but it was the no-show bands they were more interested in.

Alas, the industry had turned its back on them.

Understandably perplexed by the carnage being broadcast from the battle-scarred streets of Belfast, most acts stayed away in their droves.

And who can blame them? Even punk hard men The Clash backed out of a gig in the city, claiming they had received ‘threats’ . Very rock and roll.

It’s all very different today, of course. Now everyone from Michael Bublé to Andre Bocelli regularly cross the Irish Sea.

Perfectly located beside the airport, the stars could jet in, entertain the fans, pick up the cheque and be back in the plane within a few hours.

Their first big foray into the world of show business came in April 1980 when Thin Lizzy, led by Phil Lynott, signed on the dotted line.

They were joined on stage by a talented young Scotsman called Midge Ure who had just completed work on ‘Vienna ’ which would go on to be a world smash the next year.

It would be fair to say that Antrim had never seen anything quite like it before. This was not four guys and their guitars - it was two forty-tonne trucks carrying £500,000 worth of equipment back at a time when that was still considered a hefty sum and not the price of a couple of decent Bublé tickets!

The band arrived in two chauffeur driven cars and were given a guided tour of the Forum by manager Alan Moneypenny.

How right he was. The gig was an emphatic success. Maybe Antrim were onto something after all...

Rick Parfitt and Francis Rossi, aka Status Quo, were celebrating 20 years in the biz and decided to play their first ever show in Northern Ireland. At the Antrim Forum.

It proved to be another resounding success and the enterprising Mr Moneypenny saw pound signs.

The big names kept on coming, including such diverse talents as rockers Metallica, Meatloaf and, er, Billy Connolly!

But the council’s luck finally ran out. Fast forward to May 11 1988 when another booking at the Forum ended with a monumental gaffe which sent jaws a-dropping and fists a-flying.

In fairness, the council had some reservations about accepting a booking for US thrash band Megadeth, with some reps voicing disquiet about ‘connotations of devil worship and satanism’.

“We have had many heavy metal concerts in the past and they have been hugely popular with young people.

“We have never had any trouble whatsoever.

“We had ‘Dio’ with us a couple of years ago and it was a sell-out. The young people were well behaved and the police will confirm that.”

Former Metallica guitarist Dave Mustaine led the group onto the stage that night in front of an unruly crowd of fans - including a young Kristian Nairn, who went on to play Hodor on Game of Thrones,

“It was our first time there and everybody was going mad. There was one kid behind the barricades throwing coins at me,” said Mustaine.

“The coins were heavy, like three quarters taped together. You get hit by one, they leave a mark. This guy was throwing these things. I took off my guitar and called him out and the show stopped.

“I went behind the amps to wait for the green light to go out and play again and there was a regular Sodom and Gomorrah behind the amp line where the stage crew was slamming peppermint schnapps and snorting lines.

“These guys were having more fun than I was, even though I had already seen a couple of drinking partners smile all the way down. I had a shot of schnapps and some of everything else and went back out.

So what did he do? It was only their second time in Ireland so he decided to get the mob on side with some tailor-made banter.

As the fans bayed for more, and with the band striking up the distinctive opening chords of the Sex Pistols’ ‘Anarchy in the UK’ - which had prophetically been changed to Anarchy in Antrim for the occasion - Mustaine felt the time had come for his considered opinion on the Northern Ireland Troubles.

“It was like I had set off a bomb in the audience. It divided the crowd right down the middle, Protestants and Catholics.”

It may have been a defining moment in their careers, but bassist David Ellefson’s memory of it was muddy at best.

“Well, I was really drunk when it happened, so I was probably a little numb to what was going on,” he said.

“Dave, he’s not one to mince words onstage. And we were very unclear of what was happening - the whole thing with the IRA.

“And it was just a moment that, quite honestly, we were not very well educated on, and a comment was made, and suddenly all hell broke loose. And, yeah, the place got trashed, and it was just one of those things.”

Within moments the sea of studded leather turned very ugly and rioting erupted in the main hall.

Megadeth soon had to beat a hasty retreat, and were reportedly sped out of Antrim in a bullet proof bus.

“You know what? I don’t regret that all,” he said in the immediate aftermath.

He then attempted to justify his behaviour on that ill-fated evening.

“So I say ‘What’s the cause?’ This is how he explained it: he said the cause is about prejudiced religion.

“The Catholics and Protestants are fighting and one religion thinks it’s better than the other religion. And I went ‘Well that’s f**king stupid’.

“I woke up the next day in Dublin and no-one would talk to me.”

The Antrim Guardian revisited this sorry tale back in 2016 - and within days Dave Mustaine was bombarded with message on social media.

But that explosive night at the Forum did have an up side. Years later, a more sober and reflective Mustaine penned two songs about foreigners expressing opinions about issues they know little about...

“Thanks to the good people in Antrim we have the songs ‘Holy Wars’ and ‘Promises ’,” he said.

“Holy Wars became one of our biggest songs. In fact, we close our shows with it.

“The first verse came straight out of my experience at Antrim: ‘Brother will kill brother spilling blood across the land, Killing for religion, something I don’t understand’.”

The tweet prompted fans of the band, who went on to sell over 50 million albums, to make amends with a return to Antrim.

Time may be a great healer, but is unlikely that they would be welcomed with open arms at the Forum!